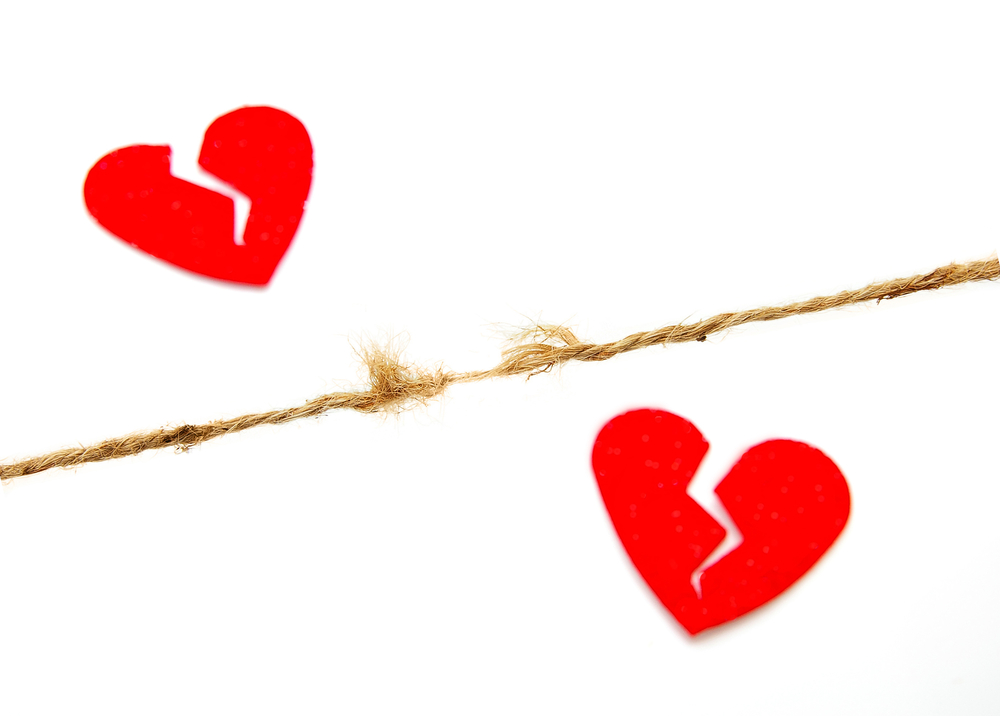 So as you might have guessed from the title: I had my heart broken twice in the space of one year. (Because I’m just an overachiever like that. #Swag)

And I learnt many lessons from both instances so I thought I’d share some of those reflections. I’m going to talk as briefly as I can here because no one needs to read an essay extolling the virtues of ice cream in times of need (that’s basically a given anyway). So here are the ten things my doubly broken heart taught/is teaching me.

1. First off, regret is often forever so feel the fear, swallow it and go. Take a shot at whatever it is that makes you happy and if you fail, so what? So WHAT? Trust me, the world keeps spinning. The tuna melt from Starbucks will still taste like feet once you’ve done what you needed to do and the District Line[1] will still smell like someone emptied their bowels on it mere seconds ago. Just don’t let the fear of failure force you into a life less ordinary. That’s a darned shame, to waste drive and fire and mask it with mediocrity because of the dark whispers of doubt. Life is for the living and as the phrase goes: ‘carpe the heck outta that diem’ (lest you end up one of those sad Larrys who lives their whole life in what-if land). 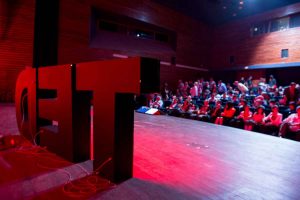 2. If you do mess up/your plans are derailed and don’t go the way you’d hoped, understand that pain isn’t avoidable. You will hurt and man, it will suck and no amount of TED talks or pretty pictures of Rumi quotes will help. You have to allow yourself to feel it. For a bit. You cannot banish pain if you never even acknowledge it. Sing a song, read a book, write a poem (or a thousand poems in my case lolzz), cry to your peeps, whatever you need, but you are allowed to wallow for a bit. Be that person eating Ben & Jerry’s, watching Netflix from 2am-2pm and pondering the life choices that got you here. It’s ok, it will be ok, but you are allowed to not be ok for a bit.

3. It is normal to need help, to ask for it. Friends and family are there to be leaned on. Saying ‘I’m not doing so hot right now, please talk to me about nonsense for a bit so it hurts less?’ is not weak, it’s human. And the people you love have your back and will carry you when yours is laden with worries. Let them. Let them in and realize that this is a manifestation of God’s blessings upon you, that He placed people in your life who want only good things for you. Those people who talk you down from every ledge and hug you like they can squeeze the sadness out. (They can’t, but man, it feels good to just fall into arms like that.) Being vulnerable takes courage of a whole other kind and it is always worth the shedding of armor to get that hug.

4. Don’t let one knock-back knock you back completely. Keep being and giving and oh, selflessness is as beautiful as it gets. Give more than you would ever expect to receive, make others happy not just because they deserve it (though, for the most part, they will) but because it’s the right thing to do. And because the universe is watching, He is watching and your soul will feel better for it.

5. Don’t get it twisted though; never expect applause or praise or even gratitude from the people for goodness. Your record is being written, the two angels on your shoulder are penning the most important of books. Give them only beautiful things to put in there. Recognition is not an affirmation that you are doing something right, do not wait for it or seek it or else the bitterness will seep into your actions eventually, and your intentions get messed up and ‘Actions are according to intentions, and everyone will get what was intended.’[2] Keep your intentions real and pure, you know why you’re doing this, you know why you’re here, don’t lose sight of it. 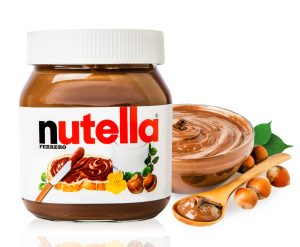 6. You are not Nutella. Not everybody will love you. In fact, some people will just outright detest you and sometimes you will let people down. Accept this but don’t let your ego get in the way: always be the first to say sorry and the last to leave after the big blow up. There is sakinah (peace) untold in reconciliation and being the one to ask for forgiveness, it is mortifying for your ego and humbling for your heart.

7. Forgiveness is beatific. Even when every cell in your body, every tiny atom in your soul is screaming that the person who wronged you doesn’t deserve it: do it. A friend told me recently that saying you forgive someone is easy, the real test begins after, when you have to teach yourself to let go of the anger and pain in your heart. That takes a lot. And it’s a process, maybe it takes you years and maybe you spend a lifetime working on it but you have to try. Forgiveness carries such a great reward exactly because it takes such patience and mercy; it’s no walk in the park for mere mortals. Do it abundantly and do it often.

8. On the note of forgiveness: forgive yourself. Don’t fester in self-blame. This is honestly one of the biggest things for me; I struggle massively with letting go of guilt. And disappointing people and screwing up usually takes a while to get over but when you feel like you let God down with your behavior, it can take more than a while to forgive yourself. But listen beloveds, you are not the first to slip up or hurt someone or say something that was out of line and you most definitely won’t be the last. Learn from your actions, pray and repent, say sorry where and as you need to and then slowly, start letting it go. If it’s proving difficult, counteract whatever you did by doing extra good stuff. Don’t hold on to things or beat yourself up for a single mistake. ‘Tis a trick of the devil, to get you dwelling on your past grievances so much so that it consumes you and engulfs your capacity to recompense by filling you with shame and guilt. So let it gooooo, let it goooo. (Sorry, I couldn’t resist.)

9. Maybe I’m just a sucker and maybe I’m 22 and insanely naive but I fundamentally believe in the goodness of people, that they’re trying their best and just struggling along like the rest of us. For a bit I thought I was a mug for letting people’s bad behavior slide on by but then I realized that you don’t know what demons someone is facing down every day when they open their eyes. Don’t make seventy; make 700 excuses for the people who wrong you. I asked my Facebook friends how to recover a lost idealistic view like this (because I felt like it was slipping away from me, this belief in the innate goodness of people) and well, to be honest 98% of my friend list ignored my long, melancholic status but a few people noticed. One super cool person made a good point, that ideals are just that: ideals. They’re not always exactly true or realistic but we still hold to them because we need to hold to something in this storm-ridden ocean, we struggle and strive our whole lives to find something to believe in, never seeing that it is the pursuit that shapes us, not necessarily the discovery of the perfect person or the perfect setting or the perfect anything. So take a breath and pause before you give up, this life was not meant to be perfect or polished, it is merely a bridge to the next one where all that good stuff (Insha’Allah) awaits, as long as you keep on keepin’ on.

10. It is all decreed. Fate, destiny, qadr, kismet, whatever you want to call it. Our experiences shape us. If you are here, you are here because He willed it so. It doesn’t matter how awful it feels or gets, there is reason to this and wisdom in it. Pain is real but so is Love. And His love means that your patience will be rewarded and your soul never burdened beyond what it can bear. I mentioned that this world and this go round at existing is not meant to be a bundle of laughs but that doesn’t mean you live in darkness, it is an ingratitude to the one who gives you life every day if you spend every blessed breath trapped in a web of sorrow. Doncha know smiling is a sunnah, bro? Life is short, so so so very short. Too short to spend miserable or play-acting at happiness. Your existence is but a blink, a split second in the long life of the universe so make it count. Make. It. Count.

If you are reading this, I pray for you. I pray for nothing short of paradise for you.

Paradise for us all, God willing. Ameen.

[1] *For anyone not well acquainted with London’s transport system: this is the smelliest train line ever. In case you were wondering. You probably weren’t. Just believe me when I say it smells bad ok. Like, really really really bad.

[2] It is narrated on the authority of Umar bin al-Khattab (may Allah be pleased with him), who said: I heard the Messenger of Allah (peace be upon him), say: “Actions are according to intentions, and everyone will get what was intended. Whoever migrates with an intention for Allah and His messenger, the migration will be for the sake of Allah and his Messenger. And whoever migrates for worldly gain or to marry a woman, then his migration will be for the sake of whatever he migrated for.” Related by Bukhari & Muslim

Sumi Aktar is a 22-year-old writer from London. She is usually reading/writing a poem or an equation, most of the equation stuff is done in a freezing classroom and most of the poetry stuff is on @sumiwritesstuff on Instagram or FaceBook.com/SumiWritesStuff.