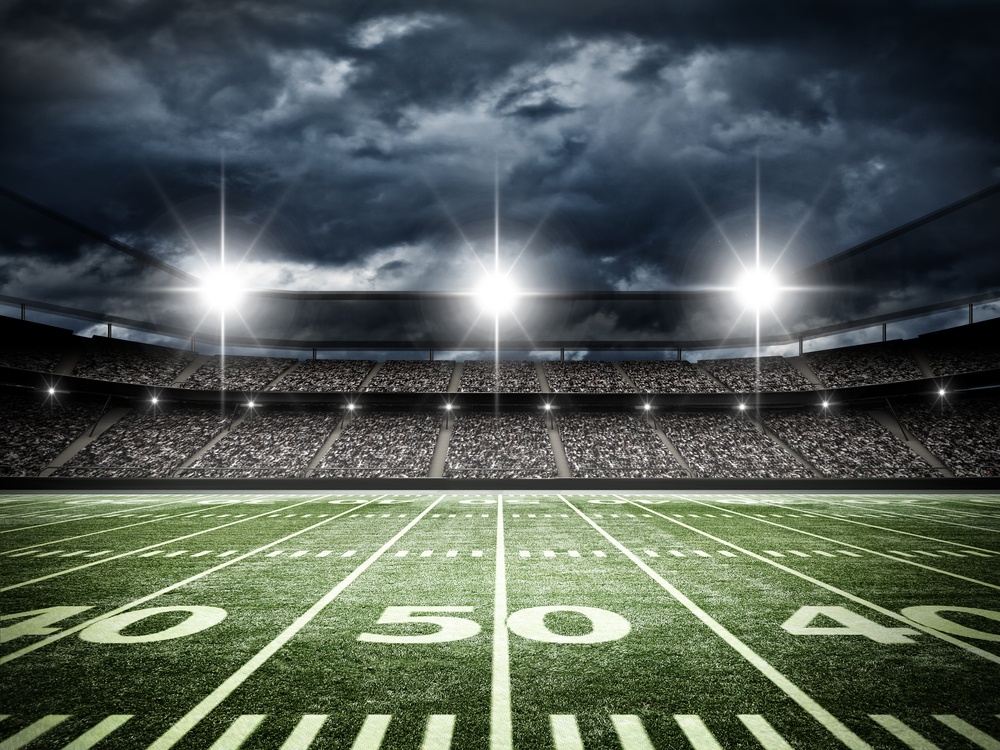 Although the NFL surpassing Major League Baseball as America’s favorite sport was a relatively recent occurrence, the NFL has been better than MLB at representing the social melting pot known as the United States for quite a while.

Exhibit C: In the entire history of MLB, there has been only one known Muslim ballplayer. In the NFL right now, there are at least a handful of known Muslim players.

Going into the 2015 regular season, which kicks off Sept. 10 when the defending Super Bowl champion New England Patriots host the Pittsburgh Steelers on NBC, here are the known Muslim players who will be showcasing their skills in front of a populace for whom football Sundays have almost become national holidays: 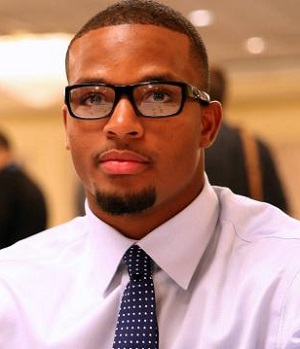 AMEER ABDULLAH
Running Back
Detroit Lions
The franchise that once employed Barry Sanders has been looking for a similarly elusive and electric playmaker ever since the Hall of Fame running back unexpectedly retired in 1999 at just 31 years old. The next man to step up and audition for the role is Abdullah, who was chosen in the second round of this year’s NFL Draft to replace Reggie Bush, another projected heir to Sanders’ throne who left Detroit in the offseason for the San Francisco 49ers.

Despite leaving his name all over the record books at the University of Nebraska — another football program with a history of great running backs — Abdullah faced question marks coming out of college due to his height (5-foot-9), blocking ability and tendency to fumble the ball more than you’d like from a No. 1 tailback.

Abdullah received nothing but glowing reviews during training camp and the preseason, however, and the rookie should compete with veteran Joique Bell for the Lions’ starting job throughout the regular season.

HUSAIN ABDULLAH
Defensive Back
Kansas City Chiefs
Commitment and controversy have helped turn Abdullah into the face of Islam in the NFL.

Three years ago, Husain and his older brother Hamza, also a veteran NFL defensive back, decided to step away from football for a year so they could embark on a 30-city tour of the U.S. during Ramadan in which they visited mosques and Islamic centers at each stop, and then make the Hajj pilgrimage to Mecca, which took place in the middle of the NFL season.

It was a decision that put the brothers’ respective football careers at risk. And while Hamza, 32, has not played in the league since going to Mecca, Husain, 30, has found a new home in Kansas City.

During the Chiefs’ biggest win last season, a 41-14 rout of the Patriots on “Monday Night Football,” Abdullah again made headlines due to his religion. Abdullah intercepted a Tom Brady pass and returned it 39 yards for a touchdown, after which he went to his knees and performed the sajdah prostration to Allah

— and was promptly flagged for an unsportsmanlike-conduct penalty. Considering that openly Christian NFL players often pray on the field and are never penalized for it, social media (both Muslim and non-Muslim) collectively chastised and ridiculed the NFL during the national-TV broadcast.

Within hours, the league issued an official statement that Abdullah should not have been penalized — many observers agreed that the official who called the penalty simply didn’t realize that Abdullah was making a religious gesture — but the incident still put a spotlight on religious and cultural ignorance in the NFL and in America in general.

Despite that drama, Abdullah went on to have one of the best seasons of his pro career. He started all 16 games at free safety for the Chiefs, recording 71 tackles and eight pass breakups to go with that one interception and score. This season Abdullah will be vying for playing time with KC safeties Ron Parker and three-time Pro Bowl pick Eric Berry, who missed most of last season after being diagnosed with lymphoma, which he has since beaten.

ISA ABDUL-QUDDUS
Defensive Back
Detroit Lions
Abdul-Quddus spent the first three years of his NFL career with the New Orleans Saints as a backup to former Pro Bowl strong safety Roman Harper and former All-Pro free safety Malcolm Jenkins. He then went to the Lions last season just in time for their starting strong safety, James Ihedigbo, to have the best season of his career, and for starting free safety Glover Quin to have a breakout Pro Bowl season in which he led the league in interceptions. Playing mostly second-string and special teams, Abdul-Quddus made 32 tackles and two pass breakups last season while helping Detroit make it to the playoffs.

ODAY ABOUSHI
Offensive Guard
New York Jets
Classic example of how the modern-day media chooses to cover the NFL: This offseason, for the second year in a row, Aboushi traveled to Sudan with the Islamic Medical Association of North America to help repair cleft lips and cleft palates in the African country. You probably heard nothing about it.

But earlier this summer, when Aboushi was given a one-game suspension by the NFL for violating its substance abuse policy, it was all over the news.

Another time Aboushi’s name surfaced on the national radar for the wrong reason was shortly after the Jets took him in the fifth round of the 2013 NFL Draft. An online article claimed that the University of Virginia graduate was a “Muslim extremist,” prompting the Anti-Defamation League to publicly come to Aboushi’s defense.

Of course, the primary reason Aboushi rarely makes headlines on the field is that he plays on the offensive line, football’s most glamour-less job. Last season, he started 10 games at left guard for the Jets, opening holes for standout running backs Chris Ivory and Chris Johnson, and helping New York finish third in the NFL in rushing yards.

DOMINIQUE EASLEY
Defensive Tackle
New England Patriots
This has been an eventful year for Easley. In February, he punctuated his rookie season by winning a Super Bowl. Over the summer, he went on a national media tour to raise awareness and funding to cure Fibromyalgia, a chronic pain disorder that afflicts Easley’s 16-year-old sister Destinee. And in between that, Easley announced on Twitter that he had embraced Islam:

Knee injuries have plagued Easley’s career since he was at the University of Florida, and limited him to less than a quarter of New England’s defensive snaps last season. Appearing in 11 games and starting in two, the 6-2, 285-pounder recorded 10 tackles, one sack and an interception. But with All-Pro defensive tackle Vince Wilfork leaving the Patriots in the offseason to sign with the Houston Texans, Easley has an opportunity to earn a job in the starting lineup for the reigning champions. 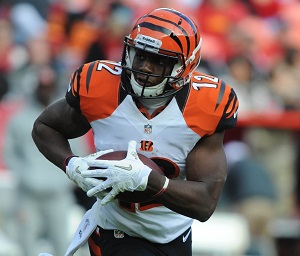 MOHAMED SANU
Wide Receiver
Cincinnati Bengals
Three things stand in the way of Sanu, 26, being a legit No. 1 receiver in the league: one is A.J. Green, the four-time Pro Bowl wideout who is already entrenched as Cincinnati’s top target; the other two are Sanu’s hands. Last season Sanu caught a career-high 56 passes for 790 yards and five touchdowns, but he also led the NFL in dropped passes with 14.

Sanu has ideal size (6-2, 210), strength and speed for his position, and has flashed potential to be a star. When Green missed a few games with injuries last season, Sanu responded well to the extra responsibility, highlighted by a 10-catch, 120-yard effort against the Carolina Panthers in Week 6.

By the end of the season, Sanu was considered one of the NFL’s most improved players, and he helped the Bengals reach the playoffs for the fourth straight season.

MOHAMMED SEISAY
Defensive Back
Seattle Seahawks
As underdog stories go, Seisay’s is pretty remarkable even in a league full of them. We’ve heard of former college football stars who are drafted late or not drafted at all and have to fight for an NFL roster spot. Seisay has also had to fight for a job, but he wasn’t a star in college. In fact, he wasn’t even a starter at the University of Nebraska, and yet somehow he has worked his way into a seat at the professional football table.

In limited action with the Lions as a rookie last season, Seisay recorded five total tackles. In the offseason he was traded to the two-time NFC champion Seahawks, where he’d join the notorious “Legion of Boom” defensive backfield alongside All-Pro cornerback Richard Sherman and All-Pro safety Earl Thomas.

Seisay may not generate a lot of highlights in 2015 — he is starting the season on Seattle’s injured-reserve list, and when he is healthy will most likely be a backup — but the fact that his name is even on an NFL roster is an amazing feat on its own.

MUHAMMAD WILKERSON
Defensive End
New York Jets
Simply put, Wilkerson is one of the biggest and best in the sport.

Last season the 6-4, 315-pound behemoth racked up 56 tackles, six sacks, five pass breakups and one forced fumble, and for that he was ranked No. 74 in this year’s edition of the NFL Network’s “Top 100 Players” list that is voted on by fellow NFL players.

Going into the final year of a contract that will pay him $6.9 million this season, Wilkerson was involved in some reportedly tense negotiations with the Jets during training camp over a new long-term deal. Many believe Wilkerson should be paid like one of the top defensive linemen in the league, because that’s exactly what he is on the field.

The Most Amazing Masjid Complex Built in the Western Hemisphere

Muslim Medal Winners At The Track And Field World Championships