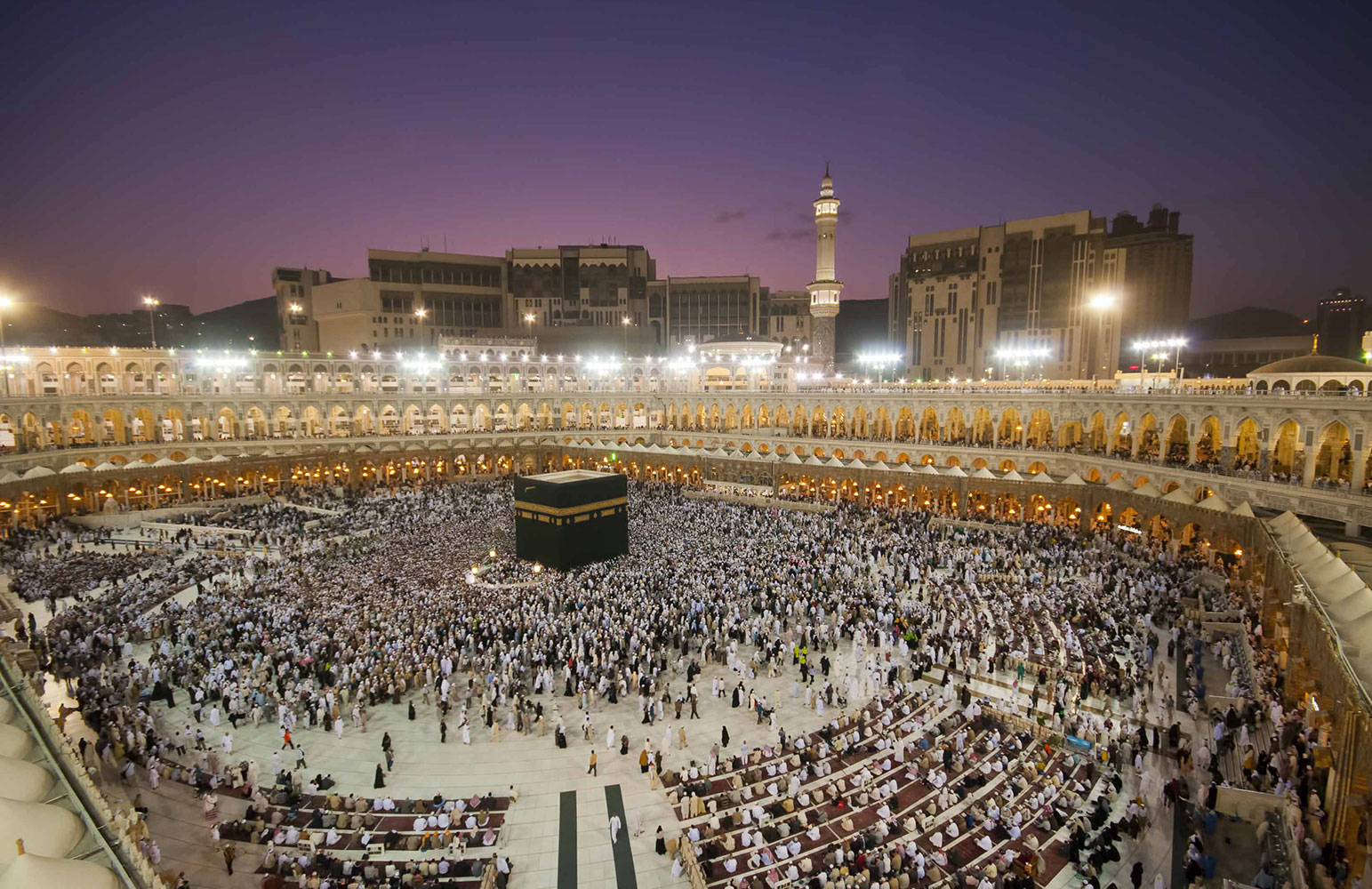 As Ramadan approached, I studied in depth how RasulAllah

spent a typical day during this blessed month. If one were to imagine what it would be like to walk in the footsteps of Prophet Muhammad

in the month of Ramadan, one might think it would be impossible.

Let us start from the beginning when the good news of the sighting of moon of Ramadan came to our Beloved Prophet.

“The Messenger of Allah said: ‘There has come to you Ramadan, a blessed month, which Allah, the Mighty and Sublime, has enjoined you to fast. In it the gates of heavens are opened and the gates of Hell are closed, and every devil is chained up. In it Allah has a night which is better than a thousand months; whoever is deprived of its goodness is indeed deprived.”‘[1]

Our beloved Prophet started his day with praying Fajr with congregation as it was his norm in the other months. And He  taught us the importance of Fajr prayer, Jundub bin Sufyan

said, “He who offers the dawn (Fajr) prayers will come under the Protection of Allah. O son of Adam! Beware, lest Allah should call you to account in any respect from (for withdrawing) His Protection.”[2] (Muslim)

and collected in Sahih Muslim.

And when it was forenoon, RasulAllah would perform Salatul Duhaa (the forenoon prayer) as reported by Aishah

‘The Messenger of Allah

used to perform four Rak’ah of Duha prayer (at the forenoon) and would add to them whatever Allah wished.[3]

‘The Messenger of Allah

said, “Shall I not inform you of the best of your actions which are the purest to your Rubb, which exalt you to the high ranks, which are more efficacious than spending gold and silver (in charity), and better for you than you should encounter your enemies whom you will smite their necks and they will smite your necks?” They said, “Certainly.” He

Also we can learn from the generosity of our Beloved Prophet  in Ramadan. He gave a lot of Sadaqah and urge his companions to do so as well. The month of Ramadan is a month of blessing, a month which we remember the poor and the situation they live in. So giving a lot of Sadaqah was the Sunnah of our Beloved. As narrated by Ibn Abbas

was the most generous of all the people, and he used to become more generous in Ramadan when Gabriel met him. Gabriel used to meet him every night during Ramadan to revise the Qur’an with him. Allah’s Messenger

then used to be more generous than the fast wind.’ (Bukhari)[5]

As we all know, our Beloved  used to read Quran in abundance in Ramadan and it is the only month which he would finish the Quran in one night. As reported by Aisha

“I do not know that the Messenger of Allah recited the whole Quran in one night, or prayed Qiyam until morning, or ever fasted an entire month except Ramadan.” ‘ (Nasai)[6]

In the evening, as it was his norm the Messenger of Allah used to hasten the breaking of his fast as reported by Sahl Bin Sa’ad

“The people will remain on the right path as long as they hasten the breaking of the fast.”[7] (Bukhari)

‘There are three whose supplications are not turned back: A just ruler, and a fasting person until he breaks his fast. And, the supplication of one who has been wronged is raised by Allah up to the clouds on the Day of Resurrection, and the gates of heaven are opened for it, and Allah says, ‘By My Might I will help you (against the wrongdoer) even if it is after a while.’” (Hasan) –Ibn Majah[8]

And as reported by Anas bin Malik

and collected by Imam An-Nawawi in his famous work Riyadh Saliheen (May Allah be pleased with him), he said:

In the last ten days the Messenger of Allah would stay awake at night and pray the whole night not alone but together with his family members.

When the last ten nights (of Ramadan) would begin, the Messenger of Allah (ﷺ) would keep awake at night (for prayer and devotion), awaken his family and prepare himself to be more diligent in worship.[10] (Bukhari, Muslim)

To complete the 24 hour cycle,  our Beloved Prophet used to eat suhur and he urged his Ummah to do so because of its immense blessings. As collected in Sahih Bukhari Anas bin Malik

Surely this Ramadan, we can strive to follow in our Beloved’s footsteps.

Muhammad Ahmed (Al-amin) is a regular speaker at his local community and webinars online. He has studied Arabic intensively at Al Amin Institute, Sahih-Bukhari for a year under Sheikh Muhammad Umal (Great Muhadith in East Africa) and Tajweed under Qari Sh. Abdirashid Ali Suufi (Imam in Qatar); studied fiqh the Sharh Mumti Ala Za’ad Al Mustaqini Specializing in Hanbali Fiqh under Sh Abu Eesa for 3 years and tafseer under various scholars from Saudi Arabia, Sudan, Somalia and Yemen. He lives in Sweden with his wife and their beautiful daughter. He is currently pursuing Masters in Islamic Studies at Islamic Online University.
Facebook page: https://www.facebook.com/qisoyiin

Walk Not Exultantly Upon the Earth: An Islamic Response to the Papal Encyclical on the Environment