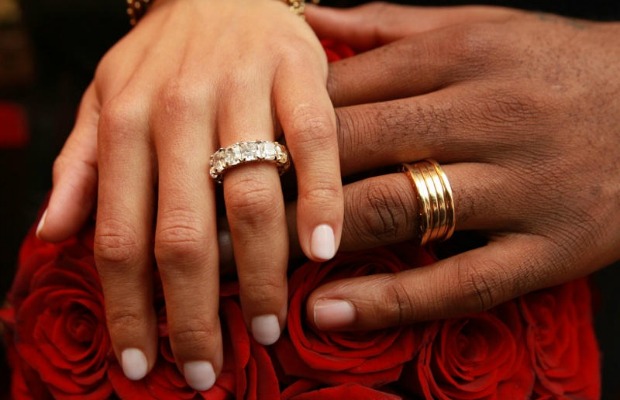 For mature audience only:

Hena: What is the androcentric model of sexuality and how does it not adequately represent the experience of women?

Saba Syed: Androcentric concepts of sex and failure to recognize female sexual desires—specifically female climax— was quite common in Europe and then in the United States. Beliefs like:

These fallacious ideas were quite rampant up until 1950s. There is an excellent article in New York Times (chapter one of the book by Rachel Maine from John Hopkin University) “The Job Nobody Wanted”.

Basically it discusses how Western society was so androcentric that the ability of women reaching climax was termed “hysteria”— a disease of womb from the time of Hippocrates, the Greek physician. Only in 1952 American Psychiatric Association dropped this term and acknowledge the desire and the ability of reaching climax as a normal function of women’s sexuality!

Hena: In your experience what type of damage have you noticed in a marriage because of these androcentric concepts? How are these concepts harmful psychologically?

Haleh: Women may feel that something is wrong with them for wanting physical intimacy. For example a sister in a halaqa asked the female instructor about wanting to get intimate more than her husband and she was completely shamed. The sister turned beet red because the instructor was so appalled at her question. Sometimes there is tremendous guilt and shame associated to wanting physical intimacy. This guilt eventually erodes women’s self-esteem.

Another way it damages marriages is that it prevents women from initiating physical intimacy – they don’t approach their husbands – they are shy to express their desires and remember initiation from the wife is one of the top 5 needs of men.

What happens when women simply see physical intimacy as a duty?

Haleh: When talking about duty of a wife we need to first discuss the psychology behind obligations versus desire.  When you feel you should do something out of obligation you either won’t do it or if you do then you will not be completely present or responsive during the act. If your heart is not into it you will avoid physical intimacy or just go through the motion. When you desire it you will be engaged and want to take part in it.

Hena: It is almost how we think of a religious obligation like salah, do it out of sense of obligation, we can do it with khushu and wanting it.  So when we are enjoying salah, we increase the amount and the quality, its not just going through the motions –

What would you say are pointers in having a quality physical relationship?

Haleh: Couples need to understand that Intimacy needs to be enjoyable for both of them. If both husband and wife enjoy it then they are more likely to engage in it.

If it’s frustrating, uneventful, or worse painful for women they will avoid it at all cost.
In a healthy relationship:

Also, in a fulfilling marriage:

Although it’s common for women to fake their climax it’s not encouraged for a healthy physical relationship because it will give the wrong message to the husband.  Truthfulness is not only in speech but in actions.

How do you think overall these androcentric paradigms are harmful Islamically and have affected marriages?

Saba: There are different paradigms to this.

On one side we have those women who were raised with these ideas and actually programmed their minds to believe that they are not supposed to have sexual desires or enjoy intimacy.  So they end up dealing with intimacy with an aversion, they don’t anticipate it, they don’t participate, they don’t even dress up for their husbands. In some cultures, it is considered ‘ayb (shameful) to dress up for the husband, and wearing lingerie is equivalent to prostitution.  So obviously with these kind of mindsets and attitude, intimacy becomes a source of frustration.

On the other side, there are those who were not necessarily raised with these beliefs, or they overcame these beliefs but people around them haven’t.  SO these beliefs are always thrown at their faces making them feel ashamed or too “masculine” for having a high desire or even a normal desire for intimacy.

Our Muslim brothers, on the other hand, knowing that it is their right and having the need for intimacy become overly demanding, and sometimes unjust to their wives because they feel it’s the wife’s duty to comply and it’s his right to seek pleasure.  So there is an obvious imbalance caused by these faulty cultural beliefs, which are destroying marriages.

It is interesting though that there are sisters who didn’t grow up with these fallacious beliefs or they were able to correct their perception about sexuality but their husbands didn’t or their husbands had these androcentric ideas that good wives don’t ask for intimacy or climax is only a man’s need not a woman’s.

SO the husband has these misconceptions, and in that relationships, the wife really suffers, because again not much has been said about women’s sexual needs–not emotional– sexual needs. There is not much recognition, there’s hardly any acknowledgment and also because women are naturally shy(er) so they feel hesitant in approaching a male shaikh with specific details. So in the process, it is assumed that such issues don’t exist among women because they never complain about it.

Hena: It is not true because MM has opened up an opportunity for those sisters and we have received several comments about such situations:

“I never knew till some 4 years of marriage that there is something called ‘orgasm’ for females. When I realized and discussed with my husband, he too was surprised. Till this day he isn’t keen on satisfying me though I do my best to be proactive and attractive before making love. I also approached for divorce, but due to family pressure I had to retract. Though he fails every time to satisfy me in bed, he expects his food, clothes etc. to be ready on time. If not, he really gets mad. But he is Allah fearing, well behaved and a good person. He has fulfilled basic needs like clothing, accommodation etc . I am grateful to him for his spending on us. May Allah reward him for his goodness and guide him for his ignorance. Aameen.

I simply cannot explain the emptiness it leaves when he just sleeps calmly leaving me aroused once he is done. He feels hurt when I say I too want to be satisfied. I have taken it as Allah’s will to continue in this relationship for the sake of Allah, kids and family…

for this Duniya was not meant to be Jannah. I will try my best till my death to keep him happy in bed, though at times I wonder if my days in this duniya will ever come to an end.. It is far better to remain a spinster than to live in a hollow, lonely and unsatisfied marriage.”

Females do have strong sexual appetite. There might surely be ups and downs in that depending on the circumstances, hormonal levels etc.

Our request to our brothers in faith…Don’t be selfish no matter how tired you are. If you want to be satisfied every single time of making love, make sure so does your wife too. Remember before she is your wife, she is a Muslimah. And it is your duty to fulfil the right of another Muslim’. Your wife will never be emotionally attached to you if you do not satisfy her with your own love and willingness in bed.

May Allah grant us all righteous, loving spouses. May He keep us chaste.

Part 1: Everything you ever wanted to Know about Intimacy

Part 2: More of Everything You Ever Wanted to Know About Intimacy

7 Muslims to Watch in the NBA Playoffs