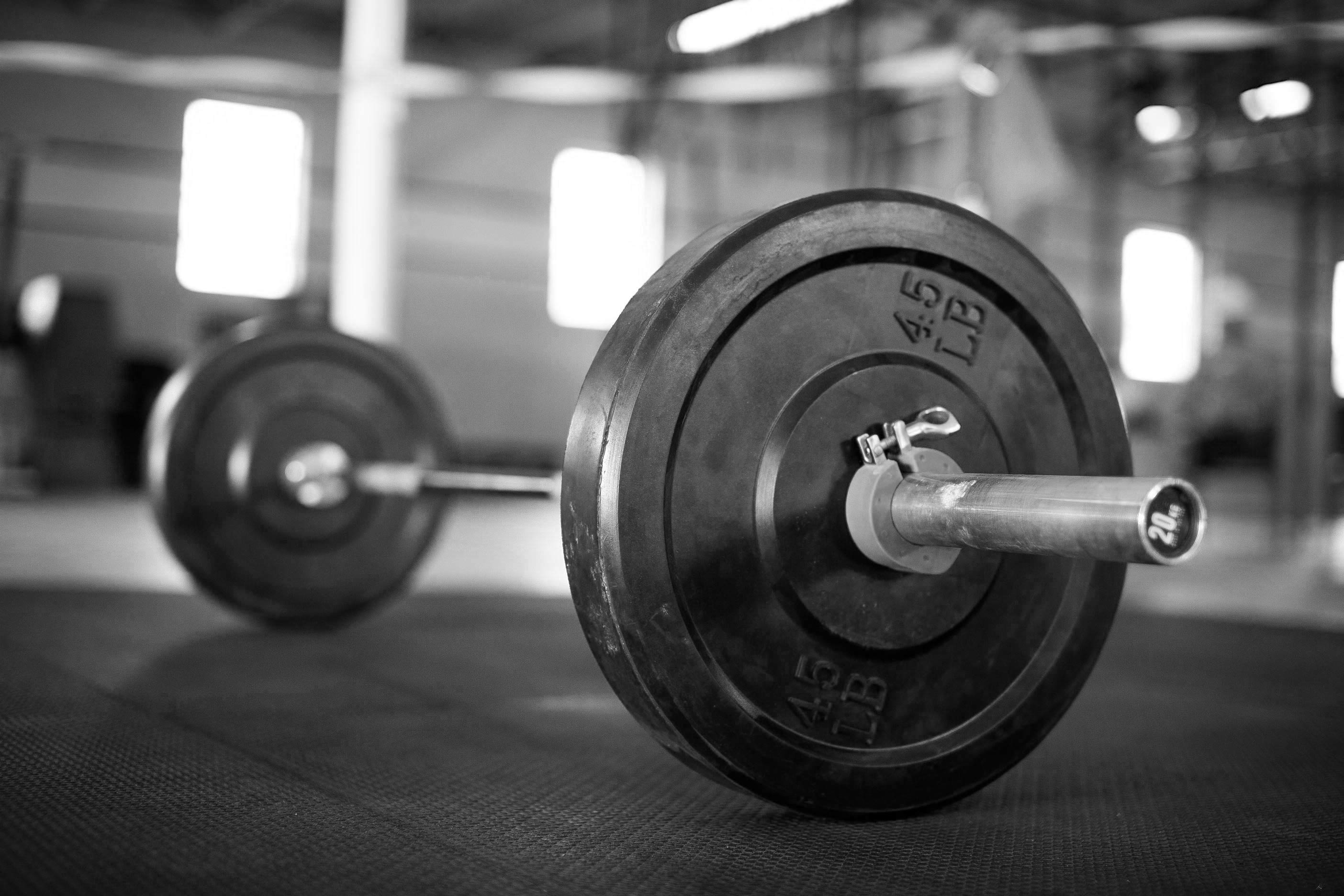 What is excellence without exposure?

, the world in which we live pushes us to pursue awards made and distributed by man.

Our best entertainers validate their performances with Grammys, Emmys, Tonys and Oscars. Our most talented writers build legacies by winning Pulitzers and making bestseller lists. Our top students vie for scholarships, degrees and spots on the honor roll. Our athletes? They cannot be labeled “great” without a sufficient collection of trophies and title rings, championship belts and medals, Hall of Fame plaques and stadium statues.

For starters, there is no talent requirement in this religion. With dedication, consistency, generosity, faith and remembrance of Allah

, anyone can be an excellent Muslim. And even with their trophy case empty and Twitter followers few, that excellence will be recognized on the Day of Judgment by the only judge that matters, insha’Allah.

In sports, excellence without exposure is rare.

Because sports is considered one of this world’s last true meritocracies, because the sports industry circulates billions of dollars, and because sports is such a globally popular form of entertainment, it’s fair to assume that stardom’s spotlight will find deserving athletes in all corners of the globe no matter how obscure. If there is a better basketball player on the planet than LeBron James, it seems obvious he would’ve already been discovered and would already be in the NBA. If there is a faster woman than reigning Olympic gold medalist Shelly-Ann Fraser-Price, we believe she’d already be on the elite track circuit and not sprinting somewhere in anonymity.

But what if there are elite athletes who are staying out of the spotlight by choice? Athletes who could compete for titles and trophies with the best in the world, but have chosen to stay away from the big stage? 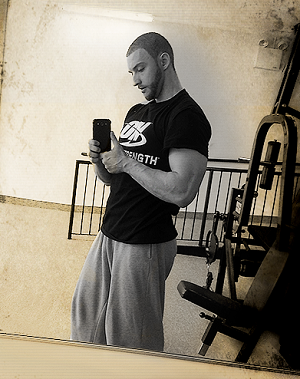 Ahmed Arifi is one of those athletes.

The 30-year-old information technology professional lives in Toronto, Canada, where in his spare time he is an active bodybuilder and runs MuslimBodybuilding.com, an online community portal. Standing 6-foot-2 and weighing around 200 pounds in peak condition, his physique wouldn’t be out of place on a stage in competition with bodybuilders in his weight class.

But Arifi is a Muslim — a revert from the Balkans who describes himself as part Croatian, Hungarian, Serbian-Montenegrin and Kosovar-Albanian — and due to his religious beliefs, becoming an actual competitor in his favorite sport is not an option. Arifi trains, eats and logs his progress with the same borderline obsessive diligence and discipline of a professional bodybuilder, but he does not step foot on stage. He is all practice, no play.

But why refuse the exposure when you’re achieving the excellence?

Because, Arifi says, although building the body is a pursuit all Muslims should explore, being a competitive bodybuilder — i.e., exposing just about every inch of the body short of the private parts to be judged and scored, often in mixed-gender settings — goes against the principles of Islam.

“While competitive bodybuilders are inspirational in what they achieve through their hard work and basically are walking anatomy charts or walking giants — as a Muslim I have to draw a line in partaking in something like this personally,” Arifi says.

“A few years back … people asked me if I was going to compete. It felt tempting but it is not halal,” he adds. “I know many Muslims who compete and are successful at it and they are great guys, but it is clear that mixing on stage with the opposite gender and being stared at by both genders while wearing competition underwear is unacceptable Islamically,” he says.

While Arifi does not name any names, competitive Muslim bodybuilders are not hard to find.

Zack “King” Khan is one of the ton of bodybuilders around the world who competes while continuing to practice Islam.

In a 2013 profile in the UK’s Daily Mail, Khan was called Britain’s first Muslim professional bodybuilder. The 34-year-old, who captured the 2009 International Federation of Body Builders UK British Championship, stands 6-foot-1 and competes at 280-plus pounds of absurdly massive and cut muscles. 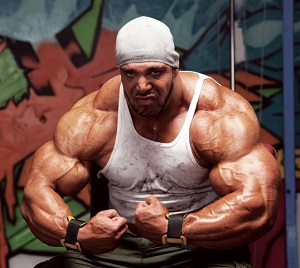 In that Daily Mail profile, Khan said he never misses Friday prayer and observes the Ramadan fast even though his job requires him to travel constantly and stick to a diet of 5,000 calories per day. During Islam’s holiest month, Khan said he consumes his 5,000 daily calories in the acceptable window in which fasting Muslims can eat.

“Adapting my profession for my religion is something which has just become second nature to me now,” Khan was quoted.

There are a lot of Muslims involved in competitive bodybuilding. One of the most prominent is Mamdouh “Big Ramy” Elssbiay, a 300-pound Egyptian who many predict will someday win the coveted Mr. Olympia crown — bodybuilding’s version of a Super Bowl trophy and Olympic gold medal wrapped in one. (The winner, in fact, is presented with a trophy and a medal, not to mention a big payday and a wealth of sponsorship and endorsement opportunities.)

Halal or haram, it is clear that competitive bodybuilding has found a place in the Muslim world. The sport’s intrigue and attraction is certainly understandable.

Arnold Schwarzenegger, the Hollywood actor and bodybuilding legend, perhaps put it best during his cameo appearance in the 2013 documentary Generation Iron.

“Bodybuilding falls into this unique category of being a sport, being entertainment, being a way of life and being also art,” Schwarzenegger said.

Even without the competition element, however, there is plenty for a Muslim to dislike about bodybuilding: a (deserved or not) pervading culture of steroid and performance-enhancing drug use, a time and lifestyle commitment so demanding it may distract from prayer and reading the Quran, near-nudity in public and mixed-gender settings. And on top of that, anybody who spends hours in the gym and in front of a mirror trying to achieve the perfect physical form must be suffering from a bad case of vanity, right?

At the same time, there are plenty of positives about bodybuilding: health and fitness benefits, discipline, building physical strength and developing the mental fortitude to continually test yourself against self-imposed barriers.

“The aspect of pushing yourself physically and challenging yourself is still improving yourself. It does not have to be viewed as a vain pursuit,” Arifi says. “And there is a hadith which says Allah

loves beauty, and that pride is looking down upon others. So there is nothing wrong in wanting to be beautiful or handsome, taking care of ourselves and our health. As long as it does not cross certain limits.”

There are some Muslims like Arifi who cannot reconcile Islamic modesty with on-stage showboating and borderline strip-teasing. And there are others, like Khan and Elssbiay, who have found bodybuilding competition acceptable and aligned with Islam.

Whether or not bodybuilding is for you, the devout Muslim, ultimately depends on your interpretation of Islam. The same diverse ranges of opinion and personal philosophies on bodybuilding in the Muslim community can be found with many things, including music, fashion, marriage, parenting, how we conduct ourselves at work, even how we wash ourselves before prayer.

I’m not a bodybuilder. When I was a kid I wanted to look like WWE wrestlers like Ultimate Warrior and The Rock, but today it would require major lifestyle and attitude changes to dedicate even half as much time to building that type of body as someone like Arifi has already done.

When debating internally if I’d find it acceptable to pay off all that hard work with pose-downs, spray-on skin bronzer and tiny underwear, I’m drawn to another hadith:

“I heard the Messenger of Allah

My advice: Embrace a healthy and fit lifestyle. Eat right. Go to the gym or work out at home. Strive to sculpt and maintain a beautiful and strong body.