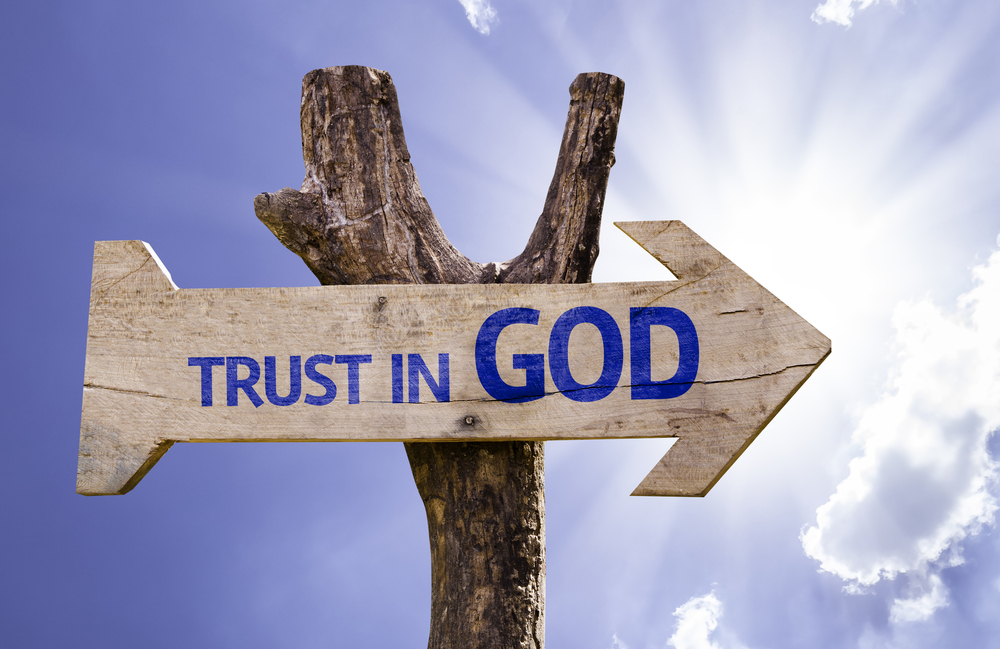 All right, it might not start until 2016, these things can be awfully hard to predict exactly. However, surprising as it may seem, one way or another the end of ISIS is in sight, and it’s all resting securely in the hands of Jesus, peace be upon him.

There has been a great deal of mainstream media attention lately, both video andprint, regarding the fact that ISIS is recruiting based on the promise that their fighters are actually participating in the rapidly approaching end of the world.

At the same time, mainstream orthodox Muslim websites are already predicting Jesus’ return as early as 2022, starting an Islamic prophetic clock set to run over the next 7 years, in the purportedly rapidly approaching run-up to Armageddon.

The good news is that even if they’re wrong, those claims ISIS is making about their own role in Islamic end-time prophecy spell their own certain end. Because even though ISIS claims they’re fighting on the side of the angels, it’s obvious they’re not,and it should become progressively clearer to even the most misguided Jihadi that either ISIS is wrong about Armageddon or that they’re on the wrong side, because of all the things Muslims know are supposed to happen.

And if it turns out they’re right, then we can all rest assured that by the time the dust has finally settled there will be no question left about who’s side they are really on, because it’s all going to be about Jesus.

Frankly, although I’d like to believe the orthodox predictions are correct, I think they’re premature, and that ISIS is crazy-stupid. We had a very informative event up here in Calgary last month hosted by the US State Department, where Dr. Michael Ryan of the Middle East Institute shared his valuable insights into ISIS’ recruiting strategy. We learned that ISIS actually complains in their internal communiqués about their difficulty recruiting informed Muslims, because “Islam makes them tend towards life and their community”. They find more success attracting Muslims they call “losers” — ignorant about their Islamic faith and marginalized by drugs, alcoholism, crime, mental illness or recent life-changing events. That’s not the sort of Muslim you would expect to know much about the religion, or to make good life — or end-of-life — choices either. Given that, I think we can discount their validity of their “good-guy” claims, even despite their despicable and deplorable actions which should in themselves be sufficient.

But even if we considered that they might be right about the impending apocalypse, what sort of events should the next few years bring according to confirmed Islamic eschatology?

I think you’ll all have to admit, that’s a lot to pack into the next seven years and it’s going to be hard to miss.
And with that 7 year clock running, if it all doesn’t start happening soon, you can expect to see ISIS supporters starting to slip away.

But if it does come true, what sort of a man is the Mahdi supposed to be? Muslim prophecies are actually frighteningly clear, and do seem to predict the current state of affairs in the Levant, hold out hope for the rest of us and promise an end to ISIS.

At the end of time, a severe tribulation will descend upon my Ummah from their ruler. A worse tribulation will not have been heard of before, until the earth’s expanse is constricted upon them, and until the earth is filled with tyranny and oppression, so that the mu’min will find no refuge from the oppression.
Then, Allah [‘azza wa-jall] will send a man from my descendents who will fill the earth with equity and justice as it had been filled with oppression and tyranny. The inhabitants of the heavens and the earth will be pleased with him. The earth will not withhold any of its growth, but will bring it out, neither will the sky withhold a drop, but Allah will pour it out upon them in showers. He will live among them for seven years, or eight, or nine. The living will wish that the dead were brought to life again to witness the great good that Allah brought about for the people of the earth.
There will be at the end of time a trial that will sort out men as gold is sorted out from metal. So do not revile the people of Sham, but revile their evil ones, for among them are the Abdal [great righteous people]. A flood is about to be released upon the people of Sham that will split their unity, so that even if foxes attack them, they would defeat them.
At that time, a man from my household will come out with three banners. The one who estimates highly will say that they are fifteen thousand. And the one who estimates lower will say that they are twelve thousand. Their sign will be: “Amit, amit [kill, kill].” They will meet in battle seven banners, and under each of those banners will be a man seeking the kingdom. Allah will kill all of them, and restore to the Muslims their unity and bounty, and their far ones and near ones.

And what about Jesus? Even though Muslims and Christians disagree about what he is, with Christians claiming he’s God and Muslims declaring he’s not, everybody agrees about what sort of a person he was, is and will be: a man who fulfilled the Jewish Covenant and taught benevolent compassion to his followers, his example remaining a source of hope and inspiration to all humankind for the rest of time.

Can anyone conceive that that person –or Person– when he –or He– descends to lead us, could conceivably countenance the despicable and deplorable acts of ISIS?

God Forbid, it could never happen, not even if the world ends tomorrow or lasts for another thousand years.

Bottom line, I have served God and loved Jesus my entire life, and I followed Jesus into Islam when I realized I became a worse man by worshipping Him and a better man by following him. And my greatest hope for today is that Muslims and Christians are all starting to look forward to his return, because regardless of when that happens his example and his words can guide all of us to a better place together, with the help of God.

Because regardless of what the next years bring or which faith we follow, we are all waking up and realizing that we all need Jesus, peace be upon him.

Diversity in Community Representation at the White House Meet with Obama