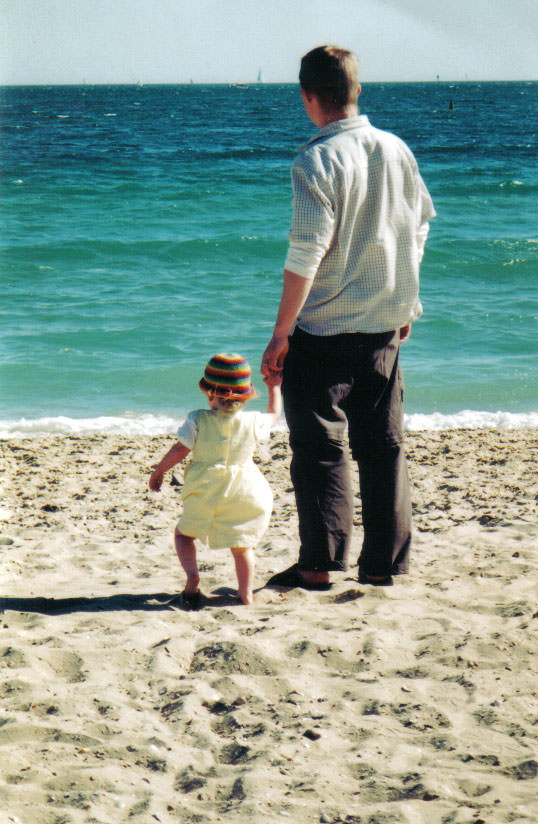 Written for UK context, for those in non-abusive situations

After a marital breakdown, children are all too often used as pawns by feuding parents. In theory, both parents should put the interest of their children first, and although they have equal responsibility, it is wrong to assume that they have equal power, when it comes to access to and custody of the children. Under the current legal framework in the UK, the resident parent (the one with the custody of the children) has disproportionate powers regarding the children.

In our society, it is almost always the mother who has custody and rights over the children, where as the father faces a potentially uphill struggle to realise his rights. This anomalous position has led to a lot of abuse, particularly because many mothers use it to instantly and absolutely deny the father access to the children. In a number of cases, all relations between him and the children are severed at the mother’s behest, and she will demand that he seeks contact with his children by obtaining a child arrangement order through the courts, if mediation fails, which can all take between three and four months or even longer, and by that time, the children have already been further traumatised due to the sudden absence of their father. Also this gives unfair advantage to the mother who can abuse her privilege of custody and unduly influence the children vis a vis their father. The children find themselves torn by their loyalty to both parents but tend to yield to the mother’s pressure not to see the father and to inform Children and Family Court Advisory and Support Service (CAFCASS) that they do not wish to see their father. Again this puts the father at a disadvantage and in the difficult situation of having to show that the children have not been negatively affected. This could be viewed as a form of child abuse, because the situation is imposed on the children (particularly very young children), who are powerless and have no opinion in the matter; their right to see the father is taken away from them.

Often, some mothers will continue to obstruct contact, even after the courts have issued a contact order, which gives the father the legal right to regularly see the children at agreed times. This is simply another severing of the bond between the father and the children that must be endured until a further court hearing takes place which could be months later.

The courts at times may be reluctant to enforce the contact order, because they may believe that labouring the mother is not in the best interests of the children. The question is, is it, then, in the best interests of the children for a situation to be created, which prolongs the absence of their father from their lives? It could be argued, the legal hurdles are creating a new generation of fatherless children, who know nothing of their own father, other than his name and the fact that he is biologically related to them. Similarly, there are also cases of fathers with custody engaged in the same process.

This reluctance of the lawmakers to reprove mothers who breach a contact order could be seen as an implicit green light, at some instances, permitting these mothers to continue denying fathers access to the children. Of course, this separation damages the relationship between the children and the father and in some cases the frustrated father feels forced to give up, as he has to bear extremely high legal cost due to the many court hearings, caused by the mother’s non-compliance with the contact orders.

This situation was publically echoed by a senior Judge, Mr Justice Coleridge, in 2010 by making a statement, outlined below:

‘Family courts are losing their authority because so many people take no notice of their judgments. Around 5,000 new cases a year come before the family courts in which parents – almost always mothers – defy orders to let the other parent have contact. Judges are extremely reluctant to jail such mothers because of the damaging effects on the children, so many continue to get away with it.’

This abuse is rife among all communities in Britain and the unfortunate consequences of a fatherless society are undeniably visible. As a result, we see the proliferation of groups like Fathers for Justice and Families need Fathers, advocating the rights of fathers who no longer reside with their children. A recent report appeared in the Sunday Express [1], where it had been found that since June 2003, 8,515 non-resident parents have committed suicide due to the distress of not seeing their children. The study found that 94.8 per cent of the deaths involved a male non-resident parent.

It is a fundamental right of the child to have access to both parents, and likewise both parents have a natural right over the child that they have given birth to. Thus, rationally speaking, by default there are no grounds to exclude either parent from having access to their children. This separation is justified under some exceptional circumstances, for example, if one of the parents poses a genuine threat to the children and/or displays violent and harmful conduct at home (domestic or sexual abuse and violence). If such cases are backed with evidence and/or a court order, then temporary separation of that parent from the children has merit whilst a permanent solution is being sought.

The Muslim community of Britain has not been immune to this situation, where some mothers and fathers sever all ties between the children and either of the former parent. This runs contrary to basic Islamic values, teachings and culture. All Muslim societies have evolved through family units, and where there is a breakdown, the practice of imposing any sort of separation between children and parents or any other family members has traditionally been unknown. It should be self-evident that imposing separation between a child and any relative is an unnatural and unkind act, as ugly as the pre-Islamic custom of burying female children alive (imposing a permanent separation), which was carried out in Pagan Arab society, and was swiftly abolished by Islam.

Despite this, the problem is rife within some Muslim communities, and is frequently carried out even by those professing to be practising Muslim parents. This is partly because this issue has not been explicitly pronounced as unlawful under Islamic law, unlike, for instance, the consumption of alcohol and pork.

Even before we seek textual evidence, its prohibited status under Islamic law is obvious, because it runs to contrary to human nature. The most basic human social structure is the family unit, and the father-child and mother-child relationships are a fundamental part of this. To destroy that is like waging war on society, and those who attempt to destroy society by violent acts are given the severest punishment under the law.

All Islamic scholars agree that this severing of the bond, regardless of whether it is done voluntarily by an irresponsible parent, imposed by the mother or the father, is a cardinal sin. The prohibition of, and warnings against taking such action are very emphatic and Islamic teaching clearly states that the consequence is prevention from entering Paradise on the Day of Judgment. The first evidence from the primary source of Quran clearly states this.

“Would you then, if you were given the authority, do mischief in the land, and cut off your ties of kinship?”   (Quran 41:21)

The above is corroborated by many Hadiths. For example, Imams Bukhari and Muslim have collected the following saying of the Prophet

“One will not enter paradise if he/she cuts off relations with relatives.”

Another Hadith also collected by Bukhari and Muslim and narrated by Abu Hurairah (May Allah be pleased with him) states:

said, “Do not turn away from your fathers, for he who turns away from his father, will be guilty of committing an act of disbelief.”

This prohibits severing of the bond with members of immediate family, and most specifically one’s father. Scholars are in agreement that this is the case whether one turns away from one’s own father or forces others to be separated from their fathers.

Also, the Islamic obligation on both the father and the mother to raise the children is well established; hence, the imposed separation of children from either the father or mother is clearly prohibited. If children willingly cut themselves off from their parents then they are committing a grave sin. Likewise, if someone else is preventing children from forming a close relationship with their parents, that person is also considered blameworthy.

Parents should be aware of the religious, moral and spiritual consequence of severing family ties in the sight of God. Unfortunately, it is all too common for either parent to deny the right of access to their children solely because of their personal feud. Perhaps they gain some temporary emotional satisfaction from doing this at the expense of their own children, but the long term consequences are detrimental to their worldly life and after-life, and any Muslim who is engaged in such actions should think very carefully before continuing on such a path of emotional abuse and harm.

Conflating Laïcité with Free Speech: The French Are Making a Mistake about Charlie Hebdo

Walking Away from Suicide – Part 3 of 3