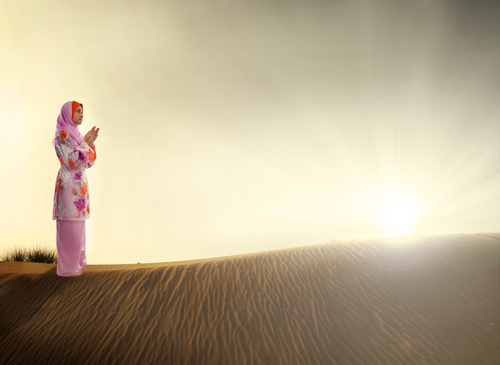 A lot of people have been asking me about the all women’s Jumuah that is supposed to be held tomorrow in Los Angeles. As someone who has been actively involved in teaching and mentoring Muslims at the grassroots level in mainstream Muslim institutions for over 10 years, I understand and support the idea of creating an all women’s space that would nurture the spiritual and intellectual growth of the women in our community. There are countless experiences I and other women have faced in these mainstream institutions that have been so disempowering as a woman, that there were times where it felt like there was no physical space or sanctuary that I could turn to in order to preserve my faith and strengthen my connection to Allah. So trust me, I *really* understand.

That being said, I’m compelled to say something about the legal validity of an all women’s Jumuah. Basically, there is no opinion in any of the madhahib which recognizes the legal validity of such a prayer. However, women can lead women in the five daily congregational prayers. Women can address large audiences of women (and men) in delivering lectures or classes. But these two allowances together are not sufficient to constitute the validity of an all women’s Jumuah led by a woman. It would count at most as nafl, an extra non-obligatory prayer. My advice to the organizers is either ask everyone to pray Dhuhr afterwards, or simply have the female imam lead the other women in four rakahs of Dhuhr prayer.

I say this not to destroy the energy or creativity of the organizers, because I support the idea of all women’s programming and spaces. My main concern is that 200 women will be praying tomorrow and may miss the obligation of Dhuhr because they think an all women’s Jumuah will take its place. Since prayer is the second pillar of our faith, what separates us from disbelief, it is worthy of our attention to make sure its conditions are met and understood at an individual and community level. If you are attending the Jumuah tomorrow and Dhuhr is not prayed in congregation, I encourage you to get up afterwards and pray it by yourself individually.

I have immense respect for the organizers and for Sis. Edina Lekovic who will be leading this effort, though it is legally invalid insofar as it counting as a fard prayer. I would love to discuss this further with any of the amazing women involved. My words of caution in guarding the validity of the prayer is not an attempt to sever ties or ostracize anyone. I am open and eager to work with the organizers in areas of mutual agreement. As a community that hopes to move forward and grow together, having a healthy dialogue is necessary as we negotiate solutions for the problems that affect us all. As an American Muslim Azhariyyah from the College of Shariah I state that an all women’s Jumuah is legally invalid according to all the opinions I know about. A more detailed Fiqh and Usul al Fiqh discussion citing and responding to the hadith of Umm Waraqah that is sometimes misunderstood and misused is forthcoming Insha’Allah for increased education and awareness. That being said, I love the sisters behind this for Allah and would love the opportunity to better understand where they are coming from. I hope everyone understands this is not a condemnation. This is an invitation. Let’s engage. And don’t forget to pray Dhuhr.

Muslema Purmul was born in Raleigh, North Carolina and raised in San Diego, California. She graduated from the University of California, San Diego with a double major in Religious Studies and Middle Eastern Studies. After graduating she left to study in Egypt where she spent the better part of the next 7 years. She completed the bachelor’s program in Sharia from Al-Azhar University in Cairo and also completed almost two years of graduate work at the American University in Cairo in Islamic Studies. Currently she serves the Muslim students at UCLA as a chaplain with Institute of Knowledge and is the Co-Founder and Scholar-in-Residence at Safa Center for Research and Education.

What Would A Muslim Do As NFL Commissioner?

Thoughts on the Women’s Mosque of America