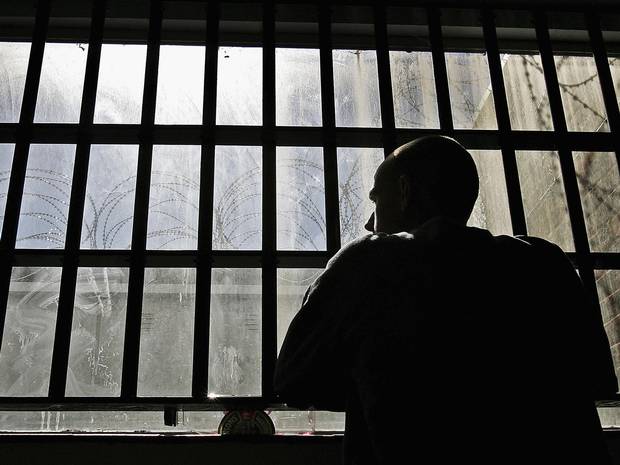 “…There are no group worship services, sajadahs (prayer rugs) are not allowed, there is extremely limited access to an Islamic spiritual advisor constituting no real meaningful access, Islamic publications are limited and Islamic catalogs are classified as books that, should they exceed the 10 book total limit, are subject to confiscation and there are no alternatives to religious instruction…the Petitioner needs an alternative form of religious expression and maintaining a ½-inch beard would be suitable alternative…”

The stifling spiritual conditions described above are taken from a hand written petition made by Abdul Malik Mohammad, also known as Gregory Holt, to the US Supreme Court. Mohammad is a prisoner in the State of Arkansas where he is serving a life sentence. In the petition, Mohammad asks that the Supreme Court consider his request to grow a ½-inch beard as he believes that the “no beard grooming” policy in Arkansas prisons impinge on his right to freely practice his religion.

A self-described Salafi Muslim, Muhammad filed a lawsuit seeking the ability to wear a half-inch beard as a requirement of his faith. After losing in federal trial court and in the Eighth Circuit Court of Appeals, he submitted a petition for an injunction to the Supreme Court, which agreed to hear his appeal. In a land mark 9-0 decision, the Supreme Court unanimously ruled in favour of Muhammad and said that prison officials cannot arbitrarily ban peaceful religious practices.

Central to this case was a federal statute known as the Religious Land Use and Institutionalized Persons Act (RLUIPA). This act prohibits a state or local government from taking any action that substantially burdens the religious exercise of an institutionalized person; it also allows religious institutions a way to avoid burdensome zoning restrictions on their property use. The U.S Supreme Court found that in prohibiting Muhammad from growing a beard, Arkansas Department of Corrections was violating RLUIPA as it felt their policy substantially burdened  the petitioner’s religious exercise.

Arkansas prison officials argued that their policy was justified on security grounds, that prisoners could hide contraband in a beard and that they needed clean-shaven prisoners for easier identification. The Supreme Court, however, rejected these explanations. It pointed out that 41 other states had no problem with religious beards and the prison system had no grooming restrictions for hair on prisoner’s head or other body parts. Arkansas also allows beards for medical purposes. The Magistrate judge commented that it was ‘preposterous’ to think that petitioner could hide contraband in his beard.

This legal ruling by the Supreme Court is a major win for religious freedoms in the US. The case is yet another example of the Court ruling in favour of the religious plaintiff in a recent stint of religious liberty cases. As Eric Rassbach of the Becket Fund points out, this case has a number of key lessons for religious minorities. It show that governmental agencies are generally not inclined to make accommodations for  small religious groups and will try to get away with as little compromise as possible. In most cases, government agencies regulate on a “because-I-say-so basis”. However, when federal laws like RLUIPA intervene to protect First Amendment rights, their approach fails and they usually lose in court.

Rassbach also highlights that the case will help plaintiffs in religious land use cases. Local governments often put up bureaucratic obstacles in the way of churches, synagogues and mosques. RLUIPA’s protections for religious land use are nearly identical to its provisions for prisoners. This means that this decision will make it even harder from city governments to short shrift places of worship in the zoning process.

One of the distinguishing features of this case was the participation from extremely diverse groups who came out in support of Muhammad’s appeal.  The list of Amicus Briefs included, in addition to many others: the ACLU, National Association of Evangelicals, National Council of Young Israel, Sikh American Legal Defense and Education Fund, Muslim Public Affairs Council and a number of notable Muslim scholars. The case also sheds light on the seminal work being undertaken by the Becket Fund for Religious Liberty, the institution that represented the plaintiff, and the need for Muslims to collaborate even more with such groups.

Muhammad’s win at the Supreme Court also highlights many lessons from American Muslims as well. While this case was being closely observed by civil liberties group for several months, most Muslims were generally unaware it – international events have dominated our discourse and have pre-occupied us from local struggles.

It also gives an insight into the extreme lack of spiritual counseling for Muslim prisoners. While we are familiar with the brutality faced by Muslim prisoners at Guantanamo Bay, we are largely unaware of the prohibitive restrictions placed in our local prison systems. Just recently a report surfaced about the appalling conditions faced by a Muslim prisoner in an Iqaluit jail that disallow him from practicing his faith.

While many  may see the beard as something trivial, this case goes on to show that for many Muslims it is a a serious religious expression which helps them build a strong affinity to the faith. The prohibition on beards is perhaps one of many unnecessary rules imposed in prisons that we are simply unaware of. These arbitrary restrictions need to be investigated and challenged in court so that incarcerated individuals can use their time for the much needed process of spiritual rehabilitation.

Thoughts on the Women’s Mosque of America

You Muslims Always Do This!