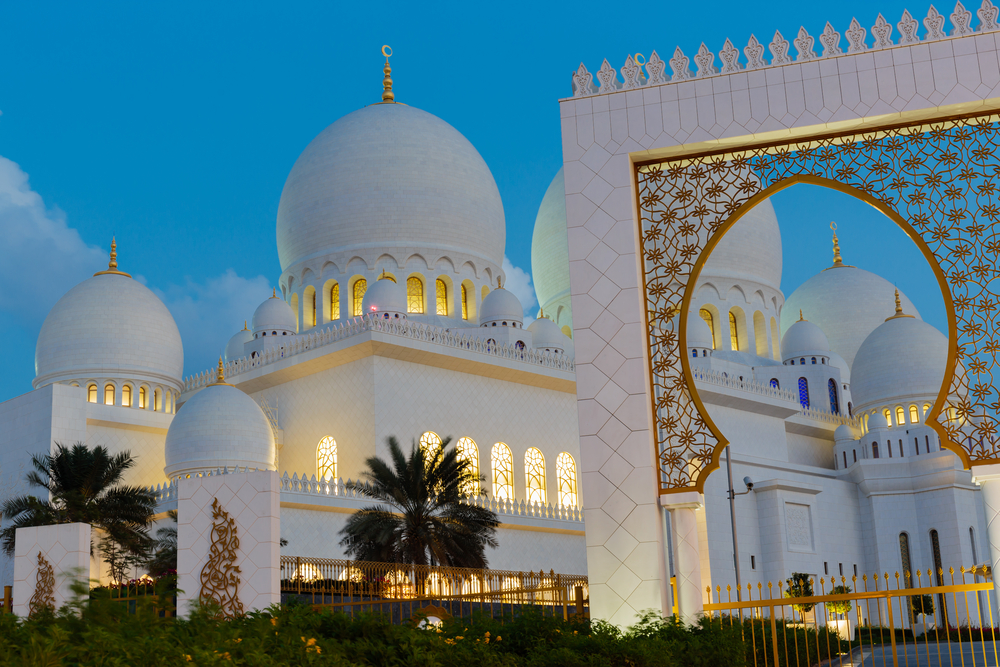 II.      We need to build them correctly

By building them correctly, I don’t mean making them fancy and luxurious. In fact, there are strict warnings against this in the Sunnah of the Messenger of Allah

. Imâm al-Bukhari entitled one of the chapters in his authentic collection: “Chapter on the Building of Mosques,” where he proceeded to report the following from Abu Sa‘eed al-Khudri

“The roof of the masjid (of the Prophet

) was made of palm branches. ‘Umar ordered that the mosque be rebuilt and he said, “Protect the people from rain, but beware of using red or yellow (for decoration), thereby distracting the people.”

“They build masājid and boast about that, but they do not use them for worship except rarely.”

narrated that the Messenger of Allah

“I have not been commanded to build lofty mosques.”

About this, Ibn ‘Abbas

“You will surely [fall into] decorating them (the masājid) just as the Jews and Christians did.” [Reported by Abu Dawood with an authentic chain]

The building of the masjid needs to be utilitarian and functional. The architecture of the Islamic centers should be inspired by the good understanding of their various roles and aim to accommodate them. In addition to the prayer room (masjid proper), there should be, whenever possible, facilities to allow for the place to be used for didactic learning, socialization, sports, hosting the wayfarers, and even shopping for certain items that may not be readily available in the markets.

Traditionally, the scholars disagreed over the rulings concerning attachments of the masjid. Some viewed that they should take the same rulings of the masjid. However, since there is no clear, authentic text of revelation to decide the right position, the use of maslahah mursalah (consideration of public interest) may be invoked here. Most of our Islamic centers, and even the newer masājid in Muslim countries, have restrooms inside the building of the masjid. By consensus, the use of the lavatory is not permitted inside the masjid. We have basically agreed by building those restrooms inside the building that contains the prayer hall (masjid proper) that the rulings of the masjid are not extended to the entire physical facility that contains it. This will give us the flexibility of having announcements, and even advertisements for the benefit of the community, in the lobbies of our masājid. It will also give women during their period a chance to come to the Islamic Center without having to worry about the controversy over entering the masjid, as long as they don’t stay in the prayer hall (masjid proper). Moreover, many functions that may cause some discomfort to some members of the congregation, if done in the prayer hall (masjid proper), could still be done within the center but outside the prayer hall.

Unless there is a legitimate fear of harm to the masjid and its congregation, the masjid should be open at all times and accessible to the worshippers.

“[Such niches are] in mosques which Allah has ordered to be raised and that His name be mentioned therein; exalting Him within them in the mornings and the evenings [Are] men whom neither commerce nor sale distracts from the remembrance of Allah and performance of prayer and giving of zakah. They fear a Day in which the hearts and eyes will [fearfully] turn about.” [Q 24:36-37]

The Muslims should always feel welcome to their local masjid, and wherever they travel, they should count on being able to use the masājid on their way. Without the masjid being open at all times, its role will be limited, even if its caretakers believe in theory that masājid have a comprehensive role. Many provisions could be made to facilitate keeping the masājid open. Having a book store attached to the masjid, or in the lobby, is one way to help ensure the presence of someone at all times. Larger masājid should be capable of hiring attendants that will keep the masjid open and look after the facility. For the smaller masājid, having video monitoring and/or alarm systems may provide enough security.

IV.  We should staff them correctly

There is no doubt that most of the work to be done at the masjid should be done by volunteers. However, the role of dedicated staff is vital to the wellbeing of larger and more active masājid, for the purposes of stability, consistency, organization, and providing comprehensive services to the community. There is no Baytul-Mâl (Muslim Treasury) here in the West (not even in Muslim lands) to look after the needs of those who shoulder these collective duties. Therefore, it becomes incumbent on the communities to facilitate the dedication of some of their members for this work. There should be an emphasis on providing comprehensive services, such as keeping the masjid open, providing guidance and counseling to the visitors, answering their questions, resolving conflicts between members of the community, conducting marriages, overseeing funerals, and the likes. Such functions could be extremely time consuming and far beyond what could be realistically asked of volunteers. Add to that the upkeep of the facility, paying of bills, dealing with various agencies, handling official paperwork, and so on. In many churches, the staff is between ten to twenty full time employees. If we could save on some positions through volunteer work, there are others where it is vital to have complete dedication.

It is also important for the masājid to understand the need to diversify their workforce. This will only happen when we realize the broadness of the mission of the masjid. Most of us like the “all-in-one” devices. They are certainly convenient, but not always the best. When it comes to human resources, it is even harder to come by those “all-in-one” imams who are scholars, well-grounded in knowledge, eloquent in both languages, convincing to the elders and befriended by the youth, and at the same time computer savvy and capable of administrative tasks. The larger masājid may need to have several people to perform all of those functions. As for the smaller masājid, with fewer resources, the caretakers of the masājid need to be creative in using the resources available in their region, and in sharing with other masājid.

It is vital that we have cadres among the youth to take charge of the Islamic organizations, and that we empower them for that. There is so much that needs to be done to ensure that the position of an imam is inviting to those talented and accomplished individuals with high aspirations. The Messenger of Allah

Notice that the Prophet

instructed that those who do service jobs for the benefit of the ummah be sufficed, including having a servant (which was the norm for the middle class in their time). This is vital in order for those workers to concentrate all of their thoughts and efforts on their work, so that they may excel, reach their potential, and achieve the best results possible. At the end of hadith, the Prophet

reminded the actual workers of the importance of ‘afâf (self-restraint). This is an important reminder for anyone who assumes a public position within the ummah, and most important for those who assume the positions of imams and da’ees (preachers).

It is not a secret that many of our youth who went oversees to study for six or seven years came back and refused to work as imams. Many of them cite problems that imams encounter with the masjid boards and the way they are treated as lower ranking employees with many bosses. This is a great waste of the resources of this ummah. It is time our masājid make the positions of imams, youth directors, resident scholars, teachers, and administrators all inviting to the best talents of our communities.

There is no doubt that a big part of the problem of our Muslim countries has to do with the lack of righteous governance and skilled management. These two problems have been sadly inherited by many of our Muslim organizations in the West. Management and administration are not all intuitive, but rather have become a science, and Muslims who live in the West have the opportunity to learn from the experts. There are even free classes offered on how to run non-for-profit organizations. There are known principles of good management that we could learn how to apply, because when we speak of them at an abstract level, we all agree. You won’t find any one contesting the importance of clarity of vision, consistency of procedures, transparency, clear identification of roles, empowerment of workers, timely reevaluation, and the likes. The problem is in applying those principles.

Finally, the community of the masjid needs to agree on their ultimate reference. If it is other than the Book of Allah and the Sunnah of His Messenger, as transmitted, understood, and applied by the Companions, righteous predecessors and great imams, the masjid may be moving fast, but it would also be moving in the wrong direction.

Dr. Hatem AlHaj is an AMJA scholar, a pediatrician and a PhD in Islamic Shariah.

21 Lessons in Leadership from the Prophet | Part 8

When a Man has A Billion and a Half Followers