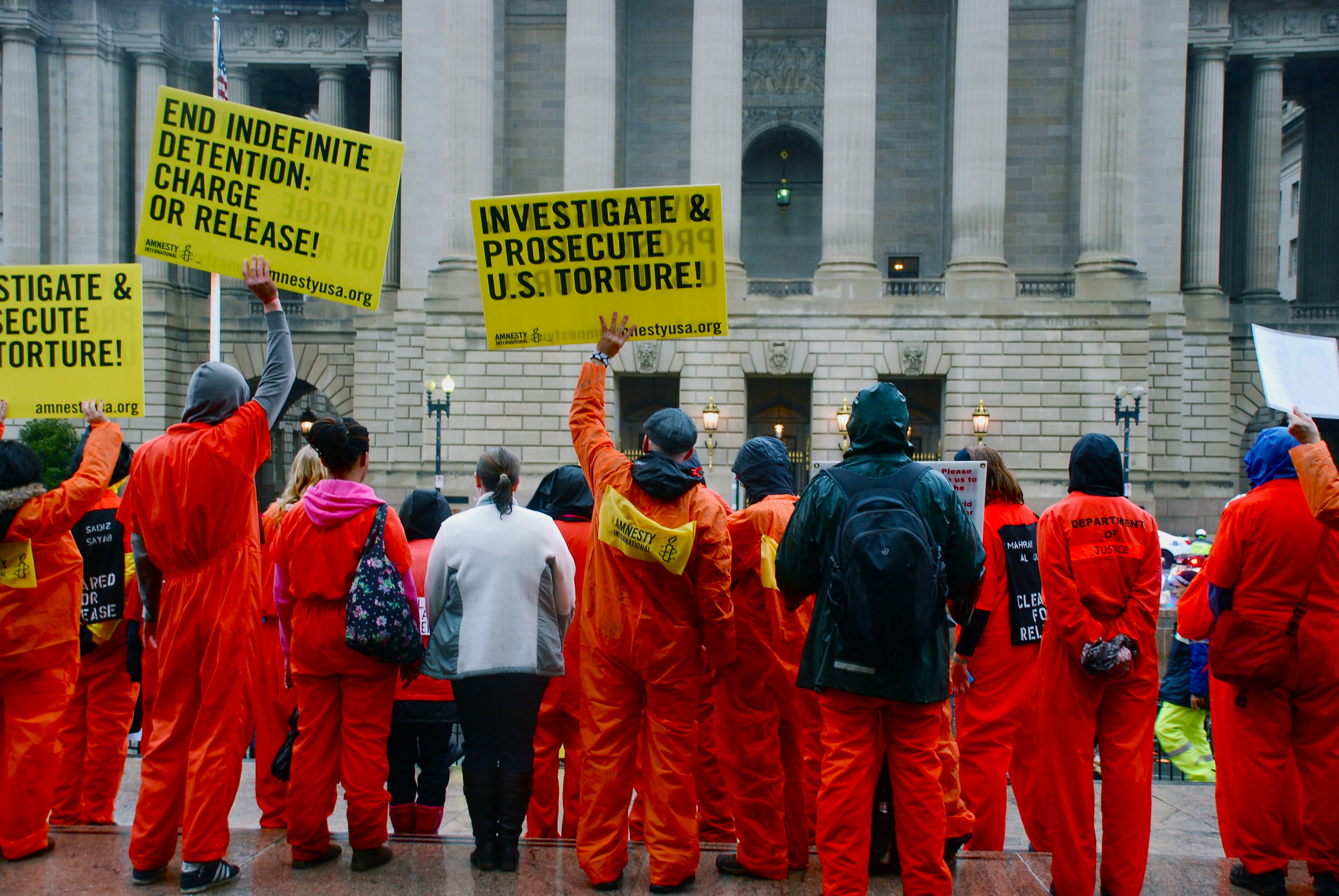 More than any previous year, this past White House Iftar triggered considerable debate within the American Muslim community. Specifically, a growing segment of the Muslim community urged those invited to forego attending upon principle, particularly given the increasing list of domestic and foreign policy concerns that have not only gone unaddressed but appear to be getting systemically worse. This debate was further inflamed during the iftar itself as President Obama incorporated into his address an endorsement of the Israeli State and its “right to defend itself”, a talking point that has been repeated by Israel’s defenders ad nauseam with remarkable resistance to any facts posited to the contrary. Obama’s support for Israel was unsurprising given his previous track record on the topic, but his reaffirming of America’s commitment to it that night was no doubt misplaced in front of a Muslim audience attending an iftar in the midst of one of the deadliest sieges of Gaza in recent history.

Upon hearing Obama’s remarks that night a number of Muslims took to social media to express their disappointment with the night’s attendees and their perceived acquiescence. Personally, I feel that reasonable people can differ concerning the utility of attending the White House Iftar, and no doubt there are arguments to be made for both sides. That said, the specifics of whether or not to boycott the White House Iftar has revealed a larger debate concerning the political philosophy considered most appropriate for the Muslim community to adopt.

Simplistically, the two ends of the spectrum are most broadly represented by those who view formal engagement through conventional channels as being the only path forward, and its alternative that generally acknowledges the utility of leveraging those channels selectively, but only as a corollary to adversarial politics.

A recent article by Shadi Hamid published in the Washington Post certainly represents an encouragement of formalized engagement vis-à-vis skilled advocacy and relationship building, and I think it’s fair to say that his views are shared by many, especially those who work in advocacy and government outreach. Understanding this dynamic, I will attempt in this article to address one particular point that I found alarming and worth reconsidering, that being his disavowal of oppositional politics as having a place in contemporary American Muslim political discourse.

In discussing oppositional politics, Hamid cites a statement released by Keith Ellison in defense of attending the White House Iftar. In the statement, Ellison situates oppositional politics as being borne out of necessity in the civil rights era and as such, no longer necessary given the opportunities provided to engage directly with political authority. Hamid goes on to discuss conventional attitudes in the Muslim community towards Zionism, BDS, and the two-state solution and discusses why such attitudes are unlikely, in his view, to establish any meaningful policy change or build bridges with the Jewish Community.   Hamid concludes the article by conceding that “Muslims, like any other community, can, should and will have conflicting views on any number of issues,” but that engaging with policymakers is no doubt preferential to oppositional politics, the allure of which he fears is “growing ever more attractive.”

The Politics of Protesting

Yet even a cursory assessment of recent protest movements reveals an image quite different from the one proffered by Hamid and Ellison.  The Gay Rights Movement has consistently leveraged rallies to advance its cause, as have environmentalists, pro-life and pro-choice advocates, and many, many others.  Occupy Wall Street and the Tea Party movement have both employed oppositional politics in their favor, and although all of their objectives were not met, there’s no question that both were effective at influencing and affecting the national discourse related to topics they brought to the fore: Senator Elizabeth Warren ran for office as a people’s advocate, focusing her campaign almost entirely on financial regulation and litigating those deemed ‘too big to jail’, issues central to the occupy movement.

Eric Cantor, a Republican congressman and career politician in a largely red district, lost the Republican Nomination to little-known David Brat, a Tea Party favorite – Brat’s victory made him the first primary challenger to oust a sitting House Majority Leader since the position’s creation in 1899.  The Republican Party itself has divided significantly since the inception of the Tea Party, and core libertarian principles such as state-rights and smaller government have become concomitant with the modern Republican Party.

This doesn’t even begin to take into account the impact of oppositional politics globally (Arab Spring).  With the prevalence of social media, oppositional politics mean more than they ever have before, and the efficacy of protests, demonstrations, and the like are no longer dependent on coverage by mainstream media outlets to draw attention to causes.  Indeed, some of the largest gains for American Muslims have been wrought via oppositional approaches, especially adversarial journalists who have uncovered significantcivil rights infringements against Muslims by the government (Jeremy Scahill, Glenn Greenwald, Rania Khalek). These individuals have been critical as alternative voices against an otherwise limited range of permissive discourse in mainstream media establishments, and the American Muslim community has much to owe their commitment to challenge existing narratives.

A case can be made that oppositional politics have their limits – despite record numbers, protests and demonstrations did little to prevent the Iraq War (Congress and the media obviously didn’t help the cause).  That said, a complete dismissal of it is indicative of a larger philosophical framework, one that views insider access and the career advancement of a handful of well-placed lobbyists as being the key to influencing political policy going forward.

Though I am reticent to dismiss such efforts out of hand despite my misgivings of them, to posit such an approach against oppositional politics as an either/or proposition overlooks the critical role oppositional politics has played in advancing numerous causes such as the aforementioned examples.

The Avoidance of American Muslim Organizations

Furthermore, it speaks to a mentality that distinguishes between the political approaches of those with power against those without it.  In our well-trained social sensibilities, non-confrontational forms of political engagement are far more comfortable than radical politics, the affable encounters of interfaith dinners more effective than leveraging such coalitions for protest, and the AIPACs of the world more worthy of emulation and reverence than the ACLUs.

The lack of participation by many of the largest Muslim organizations in this space is palpable, and no doubt contributed to by a mentality that views it as ineffectual and frankly, at times uncomfortable. It is precisely because of this discomfort that Muslims should muster up the courage to be oppositional when warranted, as Chris Hedges writes in Death of the Liberal Class, “We have the moral capacity to say no, to refuse to cooperate. Any boycott or demonstration, any occupation or sit-in, any strike, any act of obstruction or sabotage, any refusal to pay taxes, any fast, any popular movement and any act of civil disobedience ignites the soul of the rebel and exposes the dead hand of authority.

“There is beauty and there are the humiliated,” Camus wrote. “Whatever difficulties the enterprise may present, I should like never to be unfaithful either to the second or the first.””

Of course this lack of participation is not universal. Insha’Allah this Saturday, August 2nd, there is a demonstration in Washington D.C. to protest the siege of Gaza organized by the Answer Coalition being co-sponsored by a number of Muslim organizations including American Muslims for Palestine (AMP), Council on American-Islamic Relations (CAIR), American Muslim Alliance (AMA), Islamic Circle of North America (ICNA), Muslim Legal Fund of America, and the MAS Immigrant Justice Center [and endorsed by Muslimmatters].

Exploring the Problems in Producing a Good Islamic Children’s Book

About Fame, a Personal Life, and Responsibility