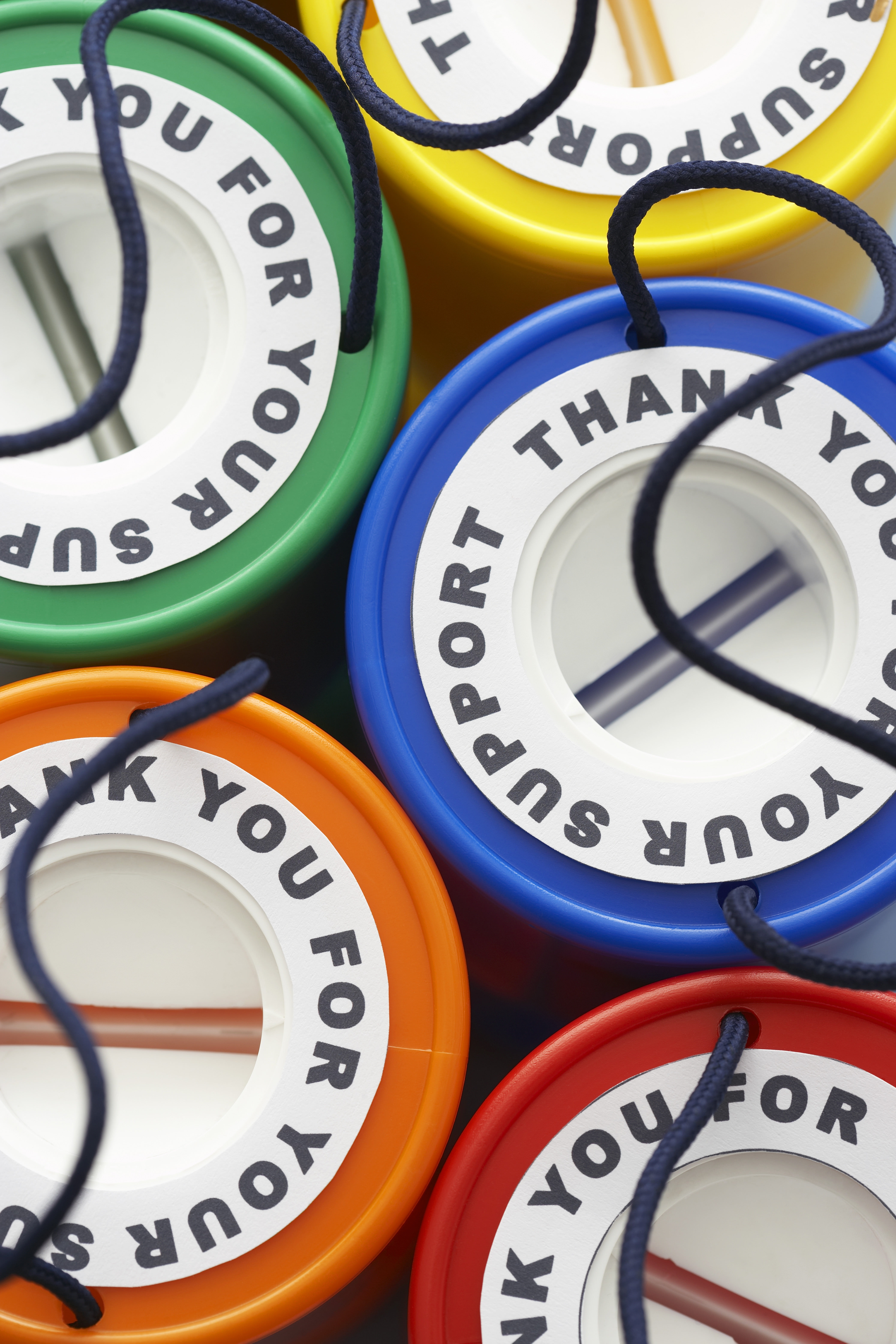 As I write this post, it is the last Jumuah of Ramadan, the 27th fast here in London. The new moon of Shawwal is almost upon us.

As with every previous Ramadan, the month has been witness to a great rise in the amount of time and money spent in the cause of Allah. Muslim charities bank on this, gearing up their marketing campaigns to make the most of the spirit of giving.

In fact, this annual surge in charitable donations is so significant, that our own Prime Minister, David Cameron, made note of it in his Ramadan 2014 message. Let’s just look past the loaded subtext of his speech for a moment, and feel proud and grateful that Allah

has blessed his Ummah with such visible generosity, as per the sunnah of His Messenger

Another, sadder, Ramadan tradition also returned this year: one of severe trials. It is almost too obvious to state that, as of right now, our hearts, minds – and wallets – are focused on Gaza.

Our newsfeeds are swollen with links, videos, and photos. Every so often, the seemingly endless flow of pain and injustice is punctuated with news of atrocities from Syria, Central African Republic, and Burma – we are rightly reminded not to withhold our love, charity, and duas from these places either.

At this point, the heart feels torn in multiple directions: to whom should I donate? Who needs me more?

Though the situation in Gaza has been getting worse and worse over the years due to the siege, none of us could anticipate that Israel would choose the sacred month of Ramadan to unleash their aggression, least of all Muslim charities who had been busy planning their campaigns all year long.

Marketing for urgent, vital projects such as clean water in Africa, schools in rural Pakistan, multiple orphan and widow funds, has been put on hold by the large charities, overwhelmed by the call from Gaza – and before this, from Syria.

The impact on small charities has been even greater. They have fewer resources, and as such are even more reliant on Ramadan-fueled generosity to get by the rest of the year.

One example close to my heart is Amirah Foundation (AF), a social enterprise based in Birmingham, whose mission is to “help women achieve their full potential, live in safety, security and positively contribute to their community and society”.

Their work brings them face to face with victims of domestic violence, families struggling with poverty, converts dealing with isolation, and other such problems that are often neglected by our community. 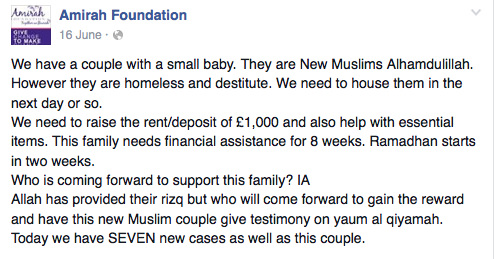 An example of a recent emergency appeal from Amirah Foundation.

Like other charities, AF had a whole Ramadan appeal prepared involving a series of videos based on real cases that they have encountered (this link is from 2012, but still pertinent).

Considering the size of the charity and the challenges they face, it would be completely understandable if, in the face of such stiff competition, they were to ramp up their marketing with slogans of “CHARITY BEGINS AT HOME!”, and “DON’T FORGET ABOUT THE MUSLIMS ON YOUR DOORSTEP!”.

On the contrary, AF Director, Shaz Manir, was so shocked by the carnage she witnessed from Israel’s vicious attack on Gaza, she cancelled her own charity’s campaign half way through Ramadan, and encouraged all supporters to donate to Palestine instead. SubhanAllah!

When I heard about the cancellation, I empathised: the decision must have constituted a huge sacrifice, like cutting off one limb to save another. This was sister Manir’s response:

“I don’t regret that decision for a moment. I know things will be hard for us post Ramadhan, and we are prepared for the hardship and stress to follow! But it was still the best decision over all to make for the sake of Allah.

And Allah’s promise is that wealth does not diminish when given in charity. In unity and integrity we will be able to achieve so much more. We shouldn’t adopt the my charity only stance, as whatever is meant to come to us will come to us from whatever means.“

I was gobsmacked! What an inspiration, masha’Allah!

I then asked how much she was hoping to raise from this now-cancelled campaign? The amount was so small, it was gutting to read.

I wondered, why should our community be making this brave sister choose between family here and family in Gaza? Are we British Muslims not blessed enough, or not generous enough? Or are we just blind to the suffering of those right in front of us?

So, because of their selflessness in the face of such difficulty, I decided that in these final moments of Ramadan, and beyond insha’Allah, I would set myself a never-before-attempted fundraising target of £10,000 for AF – to ask on behalf of those who do not ask for themselves.

On the one hand, I think it is a paltry sum, easily achievable insha’Allah. On the other, I feel trepidation in daring to share this appeal right now on MuslimMatters. I fully expect comments of “HOW CAN YOU ASK WHEN GAZA IS BURNING?!”. Ya Rabb, I know it is!

But here are four reasons why I will ask anyway:

First, Allah is al-Kareem, the most generous, and His treasures are unending; He will continue to give as long as we do.

Second, the whole world is looking to Gaza right now – aid is pouring in from all corners of the Earth alhamdulillah! But how many countries are running appeals to help vulnerable Muslims in the UK? If we do not help our own, who else is going to? (If you say the government (!) then you need to familiarise yourself with the damage caused by welfare cuts.)

Third, charity does begin at home. It is a cliché, but one supported by our traditions.

Fourth, research shows that Muslims are Britain’s most charitable faith group: we have a rep to protect!

The sacrifice of Sister Manir (who is unaware that I am writing this piece) demonstrates that our hearts are indeed big enough to house the whole world.

We shouldn’t be selective with our generosity, choosing one charity over another – we should increase it. Give to Gaza, give to Syria, to Burma, to CAR, to Pakistan, to Bangladesh… and give to Amirah Foundation too (please!).

I will end with this powerful testimonial by sister Lauren Booth, in which she describes her personal experience with AF and why their work is so important (don’t miss her heart breaking stories at 4:17 and 12:10).