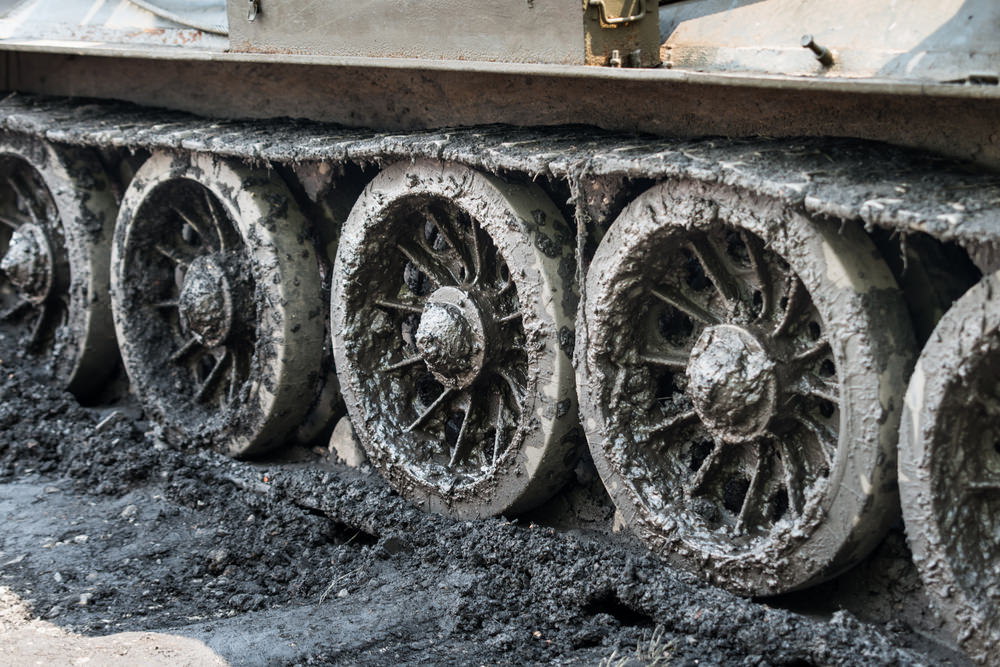 It was just over a decade ago that Iraqi cities were falling to the unholy assault led by foreign militias, vowing to overthrow the government and ‘liberate’ the Iraqi people. Baghdad’s streets bathed in blood, a functional state turned into a failed one; the ultimate cost of land and life was colossal and incalculable.

The sanctified streets of Iraq are witnessing similar events yet again; the fact that the insurgency of 2003 was led by American and British military might carries no discernible moral credit. The chaotic climate, the barbaric bloodshed and the grotesque guerrilla fighting are painfully similar; whether the perpetrators are bankrolled by American tax dollars or the deep pockets of oil tycoons is inconsequential to these streets.

The insurgency lead by the Islamic State of Iraq and Syria (ISIS) has won key sites in Iraq, including Mosul, and is moving towards the capital. It has succeeded in diminishing parts of the Iraq-Syria border and proclaims to have undone the national boundaries drawn by colonial powers during the Sykes-Picot agreement. It’s now in control of essentially a state stretching from Falujjah in western Iraq to the borders of Aleppo in Syria; it has even declared the city of Raqqah as the capital. The unforgiving civil war which has obliterated Syria has now been merged with the conflict in Iraq.

American intervention in Iraq appears to be recurring theme of recent history. Following the Gulf War and the illegal invasion which ignited the Iraq War,  it has tangled itself in the web of Iraq’s political woes yet again. It has deployed a contingent of about 300 troops to advice the government and is now considering air strikes to dismantle ISIS. Experts have warned these as indications of mission creep; a small operation which turns into full fledged war as was the case during the Vietnam War.

Military action by the US in Iraq would have disastrous consequences. American presence in that region in the past decade has clearly shown that the fantasy of creating a stable democracy is a costly experiment, which always ends in a bloody nightmare. An intervention would only raise the threat of a retaliatory attack on American soil as the country will become an active participant in a conflict which has so far been regional.  Drone strikes in Yemen and Pakistan have repeatedly shown the utter ineffectiveness any of these means have on stifling militant activity. UN Secretary Ban Ki-Moon, too, has warned that military strikes “might have little lasting effect or even be counterproductive”.

Despite the repeated failures, it seems that America has not learned to curb its imperial puppeteering or revamp its foreign policy. History has  shown that its militaristic tinkering almost always wreaks havoc and creates vacuums of authority which are populated by leadership that is far worse; the rise of the Taliban is a prime example. There’s no doubt that this crisis is the poisonous fruit from the seeds of anarchy sown in the aftermath of the forced removal of Saddam Hussein. Saudi and Western support for Syrian rebels in recent years has only aided the insurgency and has allowed them to destabilize that entire region to its current state.

Intertwining of the Iraq-Syria conflict has resulted in conundrum for U.S and its allies: in Syria they want to overthrow Bashar-al-Assad and have been supporting the rebellion (albeit gingerly); in Iraq they want to maintain the government they installed, but the very rebellion they’re supporting in Syria wants to overthrow the Iraqi regime. That fact that the US is now considering strikes against the Sunni rebels, but balked away when it came to attacking Assad, is a already viewed as a minor victory for the Syrian regime.

How next few weeks will play is anyone’s guess, but the most prudent Western-Saudi policy would be to avoid a military intervention. Instead of trying to shape the conflict to meet its geo-political whims,  America should work within the new power structure that is emerging in that region (Sunni, Shia, Kurds). It should co-operate with regional powers to mitigate further anarchy; sort of an ‘enclave strategy’ as suggested by Fareed Zakariya.

The glimmer of hope that emerged in the wake of the Arab Springs is turning out to be a mirage in the desert of desperation that is now the Middle-East. Egypt has a new despot in power, lawlessness is rampant in Libya, Syria has disintegrated, Iraq is expected to fall apart, militants have dismembered Afghanistan and Pakistan; Palestine continues to be under occupation with no relief in sight. The raging battlefields, unprecedented lawlessness and scathing sectarianism that stretch across the Muslim world will undoubtedly be remembered as one of the darkest periods of post-modern Islamic history.

Where Are Your Ramadan Dates From? | BDS