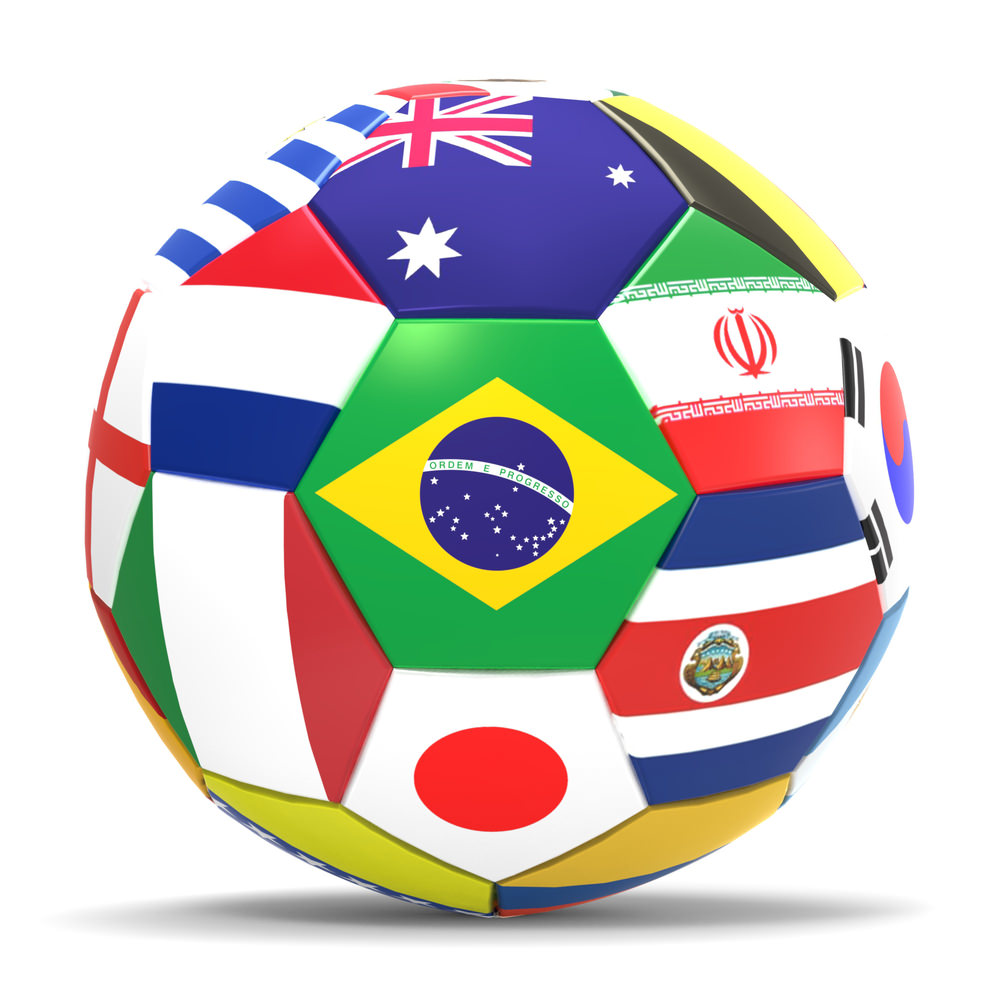 That time we’ve all been waiting for is finally here – the 2014 FIFA World Cup!

This year, Brazil will be hosting the 20th World Cup soccer tournament from June 12 – July 13 and it’s the biggest sporting event on the planet. It’s that time when the entire world stops to watch and people’s problems seem to fade away. It’s a time to root for that underdog, cheer for the powerhouse, or if you know soccer well enough, tune in to watch your favorite players. It is the biggest global event – with new stadiums, unprecedented prize money from FIFA, and an estimated one billion viewers.

Growing up, I was much more into watching the World Cup than I am today, and even though you can still count me among the billion viewers this year, I don’t go quite as crazy over it as I used to. As a kid, I would pick my team (then pick another team once they got eliminated) and cheer for them until my voice was gone. Yes, it was that important.

Those close games would have my heart pounding and my adrenaline rushing, and you knew it was going to have a great ending. Suddenly, the game clock would stop at 90 minutes. That’s when you knew the game was going to get exciting. Stoppage time!

For you non-soccer fans out there, unlike most other sports, soccer has a running clock. During the game, if someone gets hurt, the ball goes out of bound, a fight breaks out, or for any reason play doesn’t continue; the clock doesn’t stop like it does in other sports; but instead, the referee keeps track of the time so that it can be added on to the end of the game. Nobody except the referee knows officially how much time is left when stoppage time starts or exactly when he’ll decide to stop the game. But you do know one thing – the time left is very, very little.

This drives people to push themselves to their utmost and you see some of the best soccer plays at that time. This includes amazing game-winning shots, heart breaking goals scored, and crowds going wild. Everyone is on the edge of their seats. Even the players who are dead tired and drenched in sweat give it their all in those last few minutes – fighting even harder than they did all game.

Everything is on the line and time is of the essence. It’s that final push. If players are thirsty, they go without water. If they are tired, they go without rest. They cannot let up for a second, because they do not know if each moment, that single play, will be the last – they play until the referee blows the final whistle. Only at that instant when the whistle is blown, can the players collapse on the field, exhausted after a hard fought battle. It is over and there is nothing more they can do – they have either lost or they walk away as champions.

A few precious moments to give it all we can

It wasn’t until I got older that I realized – we’re living in stoppage time. I finally started to understand that that’s what our life is. A few precious moments to give it all we can even though we don’t know how much time we have on this earth. We only know that our time is short. At any moment, our time will be up and our whistle will be blown. If we’re tired, then we go without rest. If we’re thirsty or have other desires distracting us from our mission, then we do without them, for just a little bit longer. It’s not a time for rest, but a time to give it everything we got no matter how exhausted we are. Anything we do, no matter how big or small could be our final play, our final moment. We give it our all because in this short time we have to prove ourselves so that, by the grace of Allah, we can live forever as champions.

We see people around us dying every day. Some die after long, drawn out illnesses, and others suddenly and seemingly out of nowhere. How would we live our lives if we knew our time was short? I had a friend who was diagnosed with a terminal illness. Just days after I heard the news, he invited me to play an online game against him; a game I was already playing with other friends. I thought to myself – what is he doing? Doesn’t he realize that his days are numbered? Does he not know that he’s dying? What is he doing with the life he has left? But then I thought to myself – are my days not numbered? Am I not going to die? He’s just more aware of it than I am. How am I making a difference in the world with the time that I do have? How am I preparing myself to stand before the Lord of the Worlds?

As I walked out of my office building one day, a coworker who I had never met before shared an elevator ride with me. We engaged in some small talk and started walking down the street, when I noticed that we were approaching a homeless man. So naturally, I avoided eye contact, and tried to look more engaged in my conversation with my coworker. Then suddenly, my coworker told me it was nice talking to me and that maybe he would see me around some time. Then he turned to the homeless man with a dollar in his hand and with a huge smile on his face cried out, “Dave!” The homeless man, an elderly man in a wheelchair, replied, “Chris, how have you been?” I kept walking and thought to myself, now that’s a man who will be missed one day. That should have been me.

Although we don’t like to think of it too much, no one has ever escaped death. But we live our lives as if we may be the first. Allah

I came across lyrics to a song once that read: “We are young, wandering the face of the earth, wondering what our dreams might be worth, learning that we’re only immortal for a limited time.”

So while you’re enjoying the World Cup games this year, make sure you take a moment to reflect. Enjoy the games, but don’t get too caught up – there is a reason why it’s called a game. As we have time to appreciate the fun and permissible things in life, such as sports, remember in the words of Nike: “Life’s short. Play hard.”

The Six Habits of a Highly Effective Ramadan