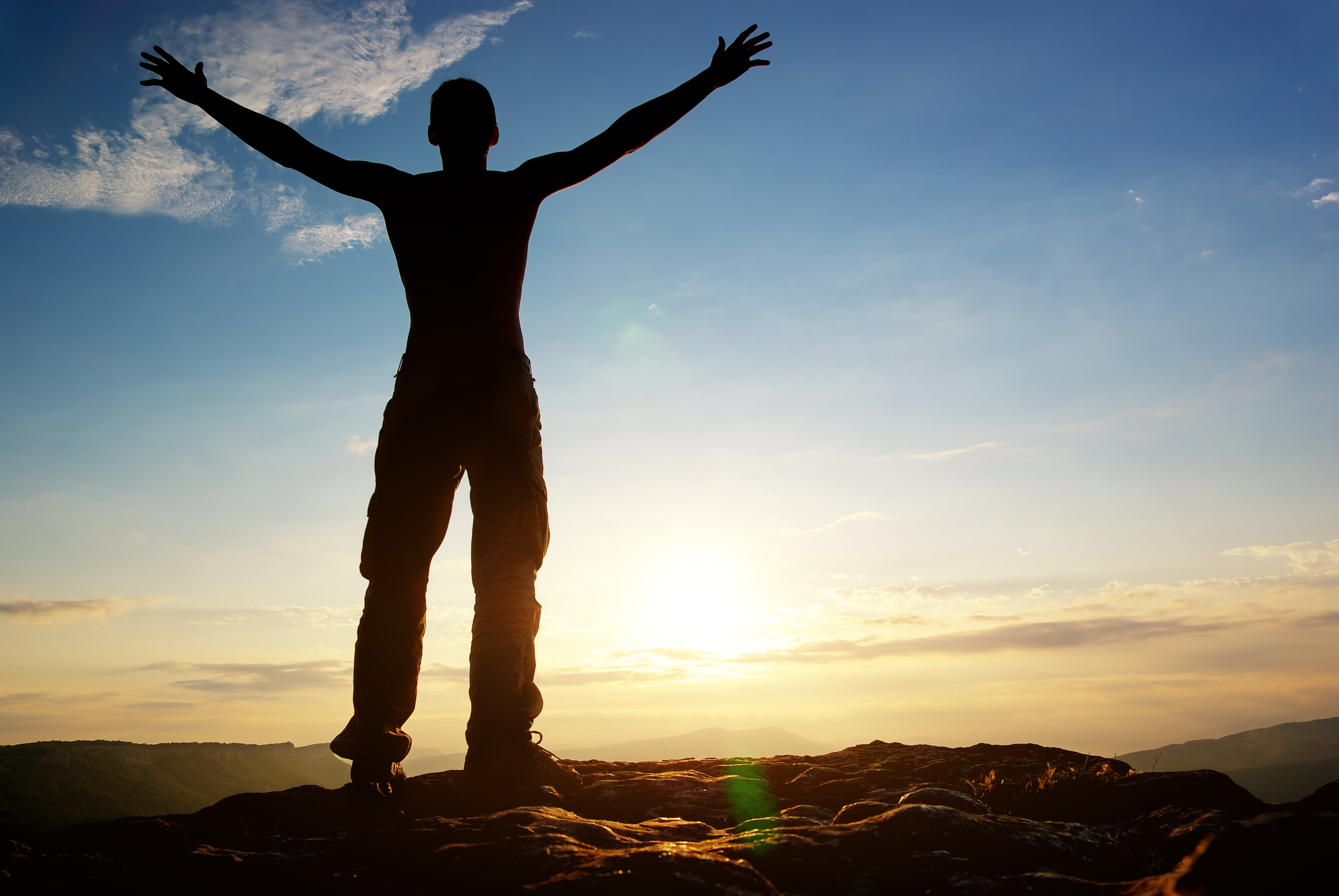 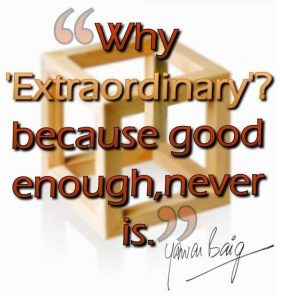 One of the things that I have been very fond of, is trekking; especially climbing mountains. I have done a good bit of that in the Western Ghats in Southern India, climbing on one occasion through thick forest straight up the side of the mountain, 4500 feet. I went up to Singampatti from Kanyakumari.

4500 feet may not sound like much in itself, but put it on an almost vertical hillside, no clear pathway, the opportunity to descend without brakes at any time, thorn-bush, razor grass, hot, humid weather, nettles, cicadas buzzing in the heat, all ad infinitum, and you have an entirely different perspective. However, one thing that I always looked forward to was to cross the half way, no return mark. At that point, you have not achieved the goal. You are exhausted, sweaty, irritated with yourself for having started this stupid enterprise and with no way to go back – because it is even more difficult to descend a steep path than it is to ascend it. Yet when you sit for a while and take a drink of the by now tepid water that you are carrying, your second wind kicks in.

Then you start up the hillside once again, looking forward to scaling the last height in due course. And then comes the moment -not too soon, but after some more hours of effort- but by now the altitude has cooled the heat, the forest is getting less thick and the anticipation of success gives you the energy that you need.

Finally you reach the top. And what do you see? You see the land spread out before you as far as the eye can see. You see the glint of the ocean on the horizon. You see blue lakes and irrigation tanks, punctuating the patchwork quilt of innumerable shades of green, each a neat square that grows rice. You see the serpent eagle and his mate floating effortlessly on motionless out-spread wings riding the thermals. You can see the minute adjustment of their pinion feathers which guide their direction.

And on one occasion as I stood watching all this, I looked up at the hillside behind me and saw a leopard sitting on his haunches and watching me. We looked at each other for a while and then he decided that I looked decidedly unappetizing, and turned up his nose and walked away. I agreed with him and walked the 14 kilometers to habitation in the tea gardens which straddle this tail end of the Western Ghat mountain range with Madurai on one side and KanyaKumari on the other.

Why am I telling you this story?

I am telling you this story because as we work towards a great goal, you will begin to become restless, irritated and impatient and inclined to take shortcuts and cut corners; all for the excellent reason that you want to see the project up and started as soon as possible. But in this urgency, there will be the tendency to accept compromises. I am writing this to warn you of the biggest danger to success. The C -Word: Compromise. For to compromise is to die a death without honor.

Those who have the courage to work for a great goal understand that ‘possible’ and ‘impossible’ are terms that define your own standpoint, how you see yourself. They point to who you are and not to the goal at all. Soaring at 30,000 feet is possible for an eagle or for a man with a flying machine. It is not possible or impossible in itself. All it needs is for you to ask, ‘How can I do it?’ Not, ‘Can it be done?’

[box type=”note” ]Differentiation creates brand. Brand creates identity. Identity creates influence. Influence creates followers and loyalty and the opportunity to change society. Without differentiation you are a grain of rice in a sack.[/box]

Excellence is an expression of self-respect. So is mediocrity. We strive for excellence not because someone is watching or because we are playing to the gallery, but because excellence is about us; how we see ourselves, what we think of ourselves, how we choose to define ourselves.

We define ourselves and the world accepts that definition and treats us accordingly. So think before you define yourself.

Excellence requires sustained heroic effort, often in the face of great discouragement. So only those excel —who revel in the effort— the adrenalin drives them. Paradoxically they are goal-focused, but take pleasure from the difficulty of reaching that goal. For them the journey is the destination; because the excitement is only in the chase and ends with the catch. Mount Everest is a worthy goal to strive for because its dimensions are measured in height. The same distance on level ground wouldn’t be worth talking about. It is the difficulty which adds value to the goal. If you think success is difficult, try failure. To accept mediocrity is to accept failure at the start. Mediocrity ensures that your failure is permanent. That drug is called ‘compromise.’ I know that there are more mediocre people in the world than those who achieve excellence. But ask yourself who you would rather be? Who would you like to emulate? Who do you choose as your role model?

That is why Tipu Sultan said,

Ask yourself which life you would like to live – for in the end, both die.

Compromise is to attitude what cancer is to the body. The body doesn’t fight cancer but accepts it because it doesn’t recognize the threat. It accepts cancer cells until they kill it. Only those who hate mediocrity can excel. Not dislike, not are irritated by it, not anything mild – but those who pathologically hate mediocrity. Those who can’t stomach it at any cost. Those who are repelled by it, find it disgusting, abhorrent and hateful and would do anything to get out of it. Compromise, like cancer, destroys from within. But unlike cancer it is infectious.

Excellence takes effort. Few make it. Failure is painful. Nobody likes it. Mediocrity is a narcotic which makes destruction seem acceptable. So people settle for less than what they can be. They get distracted by others and their mediocre efforts and they make excuses as if they can change reality. They imagine that if they can find others who will agree with them, their mediocrity will be acceptable. It will be, to other mediocre people. But to those focused on excellence, who look not at others but at their own potential and beyond it, mediocrity is despicable, no matter what guise it comes in.

And to tell you the truth, the mediocre ones also recognize this in the dead of the night, when they are alone with themselves, that their efforts don’t even begin to approach the boundaries of what could have been if only they had not compromised. Failure is not the enemy of excellence, mediocrity is. Failure is painful and drives effort. Nobody willingly fails or remains in failure. But mediocrity is anesthetized failure. It is fatal because the victim does nothing to counter it because he can’t feel the pain.

I remind myself about a basic principle that I have always followed in my own life.

[box type=”note” ]It is better to fail trying to achieve an extraordinary goal, than to settle for a compromise. Why extraordinary? Because good enough, never is. The important thing for us to remember is never to compromise. [/box] No matter how frustrating it seems.

As I always say, when weighing things in a balance, it is only the last few grains which tip the balance. Until then you don’t see any difference. And that is why in my view, there are two fundamental laws:

1. That the balance will not tip until the last few grains fall on it.

2.That the last few grains will always tip the balance.

Both laws are equally true. Remember that if we compromise for anything less than what we dreamed of, then in the evening of our days we too will be forced to look back on our lives and say, “If only we had not sold our dream so cheaply!”