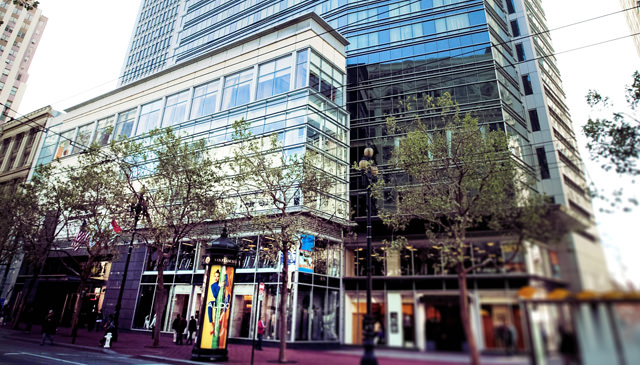 See the Story Index for a chronological guide to all the stories.

Alice was too nervous to eat, but she made a cheese sandwich with tomato and lettuce for Mr. Saleh and watched him wolf it down. She wondered how long it had been since he’d eaten. She realized with some discomfort that he was probably only a decade older than her. He must have had Muhammad at a young age.

If Alice had stayed on the path she was on years ago, she might have ended up like Mr. Saleh or worse.

She felt something run down her face and put a hand to her cheek, only to realize it was sweat. The apartment was not warm, but her forehead was beaded with perspiration. Having Mr. Saleh in her home-made her unaccountably nervous.

“I’m going to make the sofa for you to sleep on,” she said. Mr. Saleh only grunted in reply, watching her warily from beneath his brows, the way a sheep might watch a wolf. Why did she feel it was the other way around, for Lord’s sake? When she’d seen Mr. Saleh at the terminal, bringing him here had seemed the only option. Now, in the silence of her apartment, she wondered if she had made a mistake.

She laid her softest pillow and heaviest blanket on the sofa. Even in the Mission it could get bone-rattling cold at night.

“Get some rest,” she said. “In the morning I’ll take you to work with me. I work with your son, remember? I’m sure he’ll be happy to see you. I’d call him now but I don’t have his number, and I don’t want to bother anyone this late. Does that sound alright?”

“Right. In the morning. I’m going to sleep now. If you get hungry just help yourself, there’s food in the fridge. And the bathroom is right there, in the hallway.”

Alice retreated to her bedroom, where she changed into sweatpants and a baggy t-shirt, then turned out the light, climbed into bed and pulled the blanket up to her neck. After a few minutes she realized that she was biting her nails. She got out of bed and stood in the chilly room, thinking. Her bedroom door did not have a lock. She had a small oak writing desk in the room and with some effort she pushed it across the room and braced it against her door.

Then she removed a small bundle of white sage from a plastic bag, set it in a black soapstone bowl, and lit it with a match. Alice opened the bedroom and bathroom windows as smoke poured from the smoldering sage. She picked up the bowl and walked around the room, fanning the tangy smoke with her hand, letting it drift across her bed, into her private bathroom, and even into the closet. This was a Native American purification ritual she had learned from a Shoshone she one dated. It was supposed to remove negative energy from the home. Alice found that it calmed her and lightened her spirit.

When she felt the room had been thoroughly cleansed, she placed a lid on the bowl. Smoke continued to seep out from beneath the lid for a moment, and Alice cupped her hands around the last of it, waving it across her face and body, cleansing herself of stress and worry.

Satisfied, she returned to bed and fell asleep quickly. She dreamed of a train station the size of a city. The station had multiple levels, some that climbed into the sky and could be reached only by a perilous journey up steep spiral stairs, while other levels existed deep beneath the ground, where it was rumored that cannibals hunted unwary travelers. Alice knew that she must get to Cairo, though she wasn’t sure why. Every time she tried to board a train she was told that she had the wrong fare, or the train was too full. She needed a guide, but no one would help. Finally she gave up and simply stood on a wide platform the size of a city square, watching trains come and go in the distance.

Hassan watched Muhammad ride away into the night. He’d never seen the young man so angry and mistrustful. He couldn’t imagine what it must have been like to grow up abused and unloved. His own father had been such a loving and compassionate man.

He had a sudden, powerful yearning to see his father again, to talk to him and hear his words. The feeling was so strong it almost brought tears to his eyes. He’d never given his father the respect he deserved in life, but if he could see him now he would fall at his feet and embrace his legs like a toddler.

He had intended to gather his friends and discuss the current situation, and he’d certainly tried, but it hadn’t worked out. It was frustrating, but he’d play it by ear until tomorrow.

Considering he was standing in the parking lot of SF General Hospital, he might as well check on Wolf. He walked his bike to the hospital’s main entrance, but before he could lock it, his cell phone rang. He slipped it from his thigh pocket and glanced at the screen. It was Dr. Basim. That was fast, he thought.

“You should come here,” Dr. Basim said without greeting or preamble. Though his voice was as soft as ever, his tone was grim.

“Did you learn something?”

“Yes. I still have a few calls to make. But we should talk in person.”

He ended the call. This wasn’t good. He was tired and his injuries hurt. A six hour drive to Orange County was the last thing he needed. But Dr. Basim was a calm and sober man. If he was alarmed then it must be serious.

He’d ride home – he could manage it with one arm – and brew a thermos full of green tea. He’d toss a change of clothing in his bag and get on the road. The Audi had a full tank of gas, and he certainly had enough travelling cash. He would make only one stop on his way out of town at the storage unit, to retrieve the small black briefcase. Hassan was a fighter, not a strategist. He needed Dr. Basim’s advice.

Alice didn’t know how long she’d been asleep when a loud banging noise woke her. Someone was shouting. She remembered Mr. Saleh and felt a surge of fear, thinking that the disturbed man was trying to break into her bedroom. But the banging came from farther out in the apartment. It sounded like the front door. Should she call 911?

She would take a quick peek. Moving the desk away from the bedroom door, she opened the door a crack and peeked. Mr. Saleh was banging on the front door and shouting in a foreign language – Arabic, Alice supposed. It looked like he was trying to get out, but he couldn’t figure out how to turn the deadbolt.

One thing was obvious. If the man wanted out, she had to let him out. He wasn’t a prisoner. She’d let him go and then call Jamilah to get a message to Mo. She opened her bedroom door all the way and stepped into the living room.

“I’ll let you out, Mr. Saleh,” she said in her most soothing tone.

Mr. Saleh whirled, his eyes wide. “Where am I?” he demanded. “Why did you bring me here? I want to see my son! I need a doctor.”

Mentally chastising herself from bringing such a clearly unwell man into her home, Alice held her hands out in a placating motion.

“I’m your son’s friend,” she said, moving toward the door. “Just let me open the lock.”

As she approached the door, Mr. Saleh’s panic seemed to grow. He stared at her in fright, as if he were seeing not a freckled woman in pajamas but a jack-booted policeman, or a worse monster of his own imagining. Alice knew what it was like to lose your hold on reality. When she’d been addicted to meth she had been constantly paranoid, convinced that everyone she loved was plotting her destruction. She’d once hit her then boyfriend/dope partner with an iron because she thought he was a zombie.

Without warning, Mr. Saleh reached into his green backpack and pulled out his folding knife. Opening it, he waved it at Alice. “Let me out,” he demanded. “Now!”

The sight of the knife halted Alice in her tracks. She backed up, intending to retreat to the bathroom and call 911. Mr. Saleh followed, striding quickly.

“Where are you going?” he said. “Why are you leaving?”

Mr. Saleh reached for her, and it seemed to Alice that he intended to grab her. She  turned to dash to her bedroom, but it was too late. She felt something strike her in the back and she stumbled, falling to the ground. There was a feeling of pressure in her back, as if an over eager masseuse were digging into her muscles with an elbow. It was a cold, numb feeling. Crawling, looking over her shoulder, she saw a look of horror on Mr. Saleh’s face.