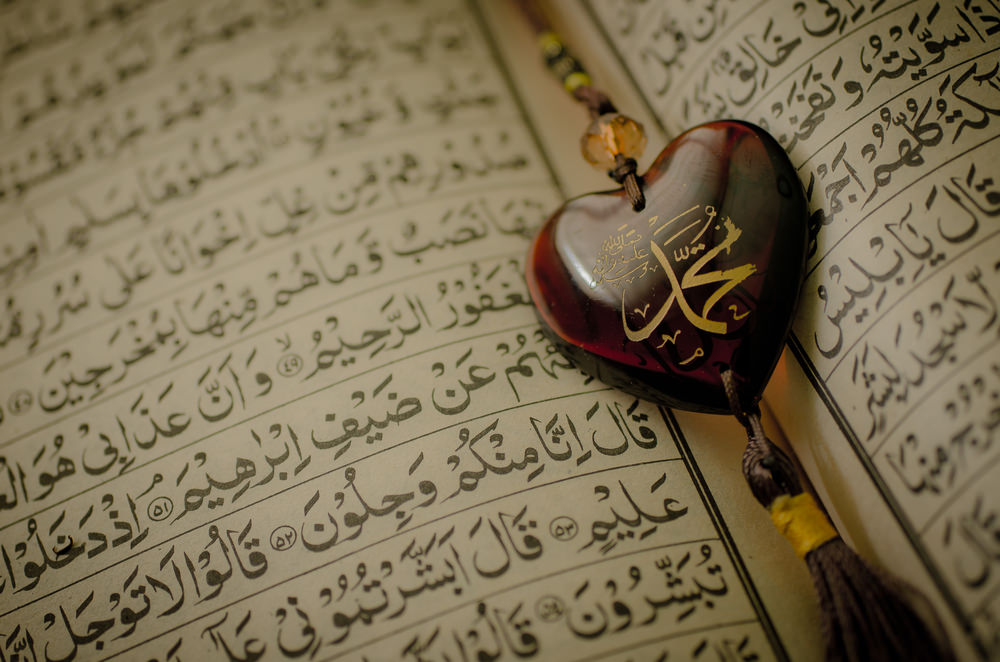 There have been times throughout history whereby the heavens have opened and the celestial light cleansed certain human souls, who, as a result, were divinely invested with prophethood (nubuwwah) – the highest condition possible for any human being. For a prophet is a bridge, as it were, between heaven and earth; Creator and creation, helping us to recall our purpose of being and our ultimate return.

One hadith has it that Allah sent a hundred and twenty-four thousand such prophets to the peoples of the earth:

When the revelatory wisdoms of one prophet faded or were forgotten, the link was reforged by the sending of another prophet. The last person to be invested with prophethood was the Prophet Muhammad

after whom the prophetic age came to a completion and close. The Qur’an says:

Muhammad is not the father of any man among you, but he is the Messenger of Allah and the Seal of the Prophets. [Surah Al Ahzab;40]

As to the remaining ages of this world, the heavenly link would be reforged and renewed by scholars and saints; but never again by prophets.

Rejoicing in the sending of the Prophet

Allah has surely shown favour to the believers by sending them a Messenger from their midst to recite to them His signs, and to purify them, and to instruct them in the Book and in wisdom; whereas before this they were in clear error. [Surah Imran;164]

Not only did the Prophet

bequeath to mankind knowledge that could quench their inborn thirst for matters spiritual and sacred, he came with perfect guidance for their temporal affairs too. So for Muslims, the Prophet

is by far the greatest of the heavenly gifts to have ever descended upon the human realm; so much so that the shari’ah has actually marked the day on which he was born and when he first received revelation as a commendable day to fast. This, as a heart-felt thanks to our Creator

for this precious of gifts and most wondrous of blessings.

was once asked about the significance of fasting on Mondays, so he replied: “This is the day on which I was born and on which revelation first came to me.”2 Elaborating upon this hadith, Ibn Rajab al-Hanbali says:

‘[In it] there is an indication that it is desirable to fast on those days where the favours of Allah upon His servants renew themselves. The greatest of the divine gifts to this nation is the manifestation of Muhammad

to them and of him being sent to them as a Messenger. Allah, exalted is He, reveals: Allah has surely shown favour to the believers by sending them a Messenger from their midst. For the blessing of him being sent to this nation is far greater than of causing the heavens, the earth, or the sun, moon, winds, night, day, rainfall, food, vegetation or other things to actually exist. For these gifts are for the creation in general – even those of humanity who are disbelievers in Allah and His Messenger and the final meeting with Him

; those whose response to the favours and graces of Allah

is sheer ingratitude. As for the favour of sending Muhammad

then by it the blessings of this world and the Afterlife were completed, and the religion Allah

chose for His servants perfected. So his acceptance is the actual cause for their felicity in this world and the Afterlife. Thus, fasting on the day that Allah’s favour to His servants is renewed is not only good and excellent, but it is also a way to reciprocate Allah’s favours that are renewed at such times, with an abiding sense of gratitude.

‘Similar to this is fasting the day of ‘Ashura wherein Allah

saved Noah from the Flood, and Moses and his people from Pharaoh and his army; drowning the latter in the sea. Both Noah and Moses, peace be upon them both, showed their gratitude to Allah by fasting [that day]. Allah’s Messenger

[also] fasted this day out of emulating those Prophets of Allah. He said to the Jews: “We have more right to Moses than you.”3 He thus fasted that day and instructed others to do so too.’4

Rejoicing in the sending of the Prophet

is undoubtedly a central aspect of every believer’s faith – for it is his light and life that warms and illuminates believing hearts:

O Prophet! We have sent you as a witness, and as a bringer of good news and a warner, and a caller to Allah by His permission, and as a lamp giving light. [Surah Al-Alhzab;45-6]

As for celebrating the Prophet’s mawlid or birthday annually, peace be upon him, this is an area of legitimate differing among the scholars and should not be made into a source of division or discord. Those who hold there is a shari‘ah basis to do so, will do so; those who don’t, won’t. But none would disagree that celebrating the Prophet’s life on a daily basis – by adhering to his teachings, emulating his character, deepening our love and veneration of him, and habituating ourselves to abundantly invoke salawat or blessing of peace upon him – is where we all need to be heading. And unto that the believer holds!

1. As per Ibn Hanbal, Musnad, 5:265. The hadith with its collective chains yields a final grading of hasan; as demonstrated in al-Albani, Silsilat al-Ahadiih al-Sahihah (Riyadh: Maktabah al-Ma‘arif, 2005), no.2668.

Related Topics:IslammessengerofAllahProphetMuhammadrole model
Up Next

10 Pieces of Advice Before You Leave for Umrah

In Pursuit of Ikhlas