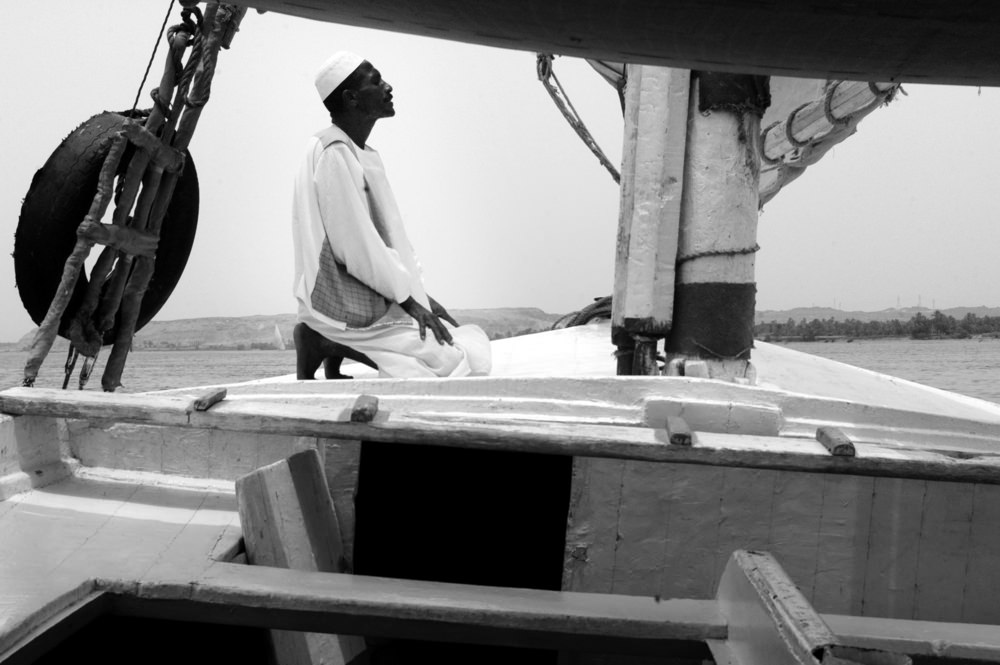 As one prepares their luggage to meet the Lord of the worlds, there is nothing more vital to check for than ikhlâs (sincerity). The Most High says:

“…So whoever is hopeful for the Meeting with his Lord – let him do righteous work and not associate in the worship of his Lord anyone.” [Surah Al-Kahf, Verse 110]

This verse embodies the two pillars of acceptance. Whoever hopes to be accepted by his Maker and Master, and hopes to live for eternity in His Company, must ensure these two ingredients are available:

Upon reflection, these are realized as the summary of Islam, and the essence behind its 1st pillar: None is worthy of worship but Allah (sincerity), and Muhammad

is the Messenger of Allah (righteousness defined).

However, the more important of these two pillars is Ikhlâs, for it can sometimes compensate for other things, but nothing can compensate for it. As a scholar said, “Allah may accept from you half an action, but will not accept from you half an intention.” Others illustrated the disparity by saying, “An imperfect action that was done with sincerity is like a fisherman who brings a flawed net to a pond of fish. As for the perfect action what was performed without sincerity, it is like a fisherman who brings a perfect net to a pond without fish.” The first may possibly catch some fish, despite the flawed apparatus, whereas there is no chance for the second to catch any, regardless of how flawless his equipment is.

Surely this does not imply undermining the second pillar whatsoever, but simply aims to size things up correctly. In fact, true sincerity will necessitate that one follow the Prophet

.If a person is genuinely seeking the pleasure of Allah

, he/she will inquire as to what actually pleases Him, and will in turn discover that it is nothing but the perfect path of His messenger, Muhammad

Linguistically, ikhlâs means to separate and distinguish. Thus, Yahya ibn Mu‘adh ar-Râzi said, “Ikhlâs is to filter the actions from every flaw, just as milk is filtered out from between blood and dung.” In that, he was referring to the words of the Most High:

…We give you drink from what is in their bellies – from between excretions and blood – milk that is khâlis (pure), palatable to the drinkers. [Surah An-Nahl, Verse 66]

The benefit of knowing the origins of this term, and not settling for just the translation “sincerity,” lies in realizing that ikhlâs is an active process, a laborious task, and an uphill climb. It literally means to strip our motives of anything but the pleasure of Allah

, and frankly, that is unnatural! The original, raw nature of the human being is that he pursues his personal interests, and loves to be recognized, and enjoys nothing more than the mention of his own name. Therefore, extracting that egotistical drive is comparable to pulling out a wisdom tooth which is naturally, originally there. Thus, one of the salaf used to say, “Nothing is more difficult on the inner-self than ikhlâs, for it has no share of it.” In other words, the inner self sees that it gets nothing out of it (at first glance!), so why agree to it?

Hence, the first step towards sincerity is coming to terms with its difficulty, and acknowledging that acquiring, keeping, and retrieving ikhlâs, is a life-long mission that ends with your last breath. This was the vigilant approach of the best generations. Consider how Sufyân ath-Thawri, who filled this planet with his knowledge, devotion, and piety, has said, “I never remedied anything more difficult on me than my intention, and it’s constantly overturning on me.” Similarly, when Imâm Ahmad ibn Hanbal was asked regarding his countless journeys and trials in pursuit and defense of the religious sciences, he said, “As for it being all for Allah

, that is a difficult claim.” Another of the salaf said, “A moment of ikhlâs entails an eternity of salvation, but ikhlâs is indeed difficult.”

The Conspiracies of the Inner-Self

What illustrates the difficulty of ikhlâs, are the layers of false motives conspired by the inner-self; many of which are almost undetectable.  Our scholars have mentioned – I believe this was Abu Hâmid al-Ghazâli – how most people presume that insincerity only lies in seeking praise from the people, while this is only the simplest, most obvious form of “showing off.” He argues that, in reality, riyâ’ (showing off) comes in four degrees, each uglier and stealthier than the one before it:

None of these are ikhlâs, for the first three sought to impress the people or themselves, and the fourth sought Allah

as the means and the people as the goal (making it the most pitiful form!).

Ruined without ar-Rahmân (the Most Merciful)

After considering these stealthy insinuations that flow through the veins of the human being, one now understands the importance of this Prophetic supplication:

O Allah! I seek refuge in You from associating [others] with You while I know, and I seek Your forgiveness for when I don’t know. [al-Bukhari; al-Adab al-Mufrad (551)]

This brilliant hadith contains two gems that must be picked up for our quest in pursuit of ikhlâs:

So let that be our second step towards sincerity, relying upon Allah

to rescue us from this tangled web that prevents us from the sweetness of pleasing Him, the bliss of feeling near to Him, and the ecstasy of finally seeing Him.

How Do I Deal with My Escapist Mentality