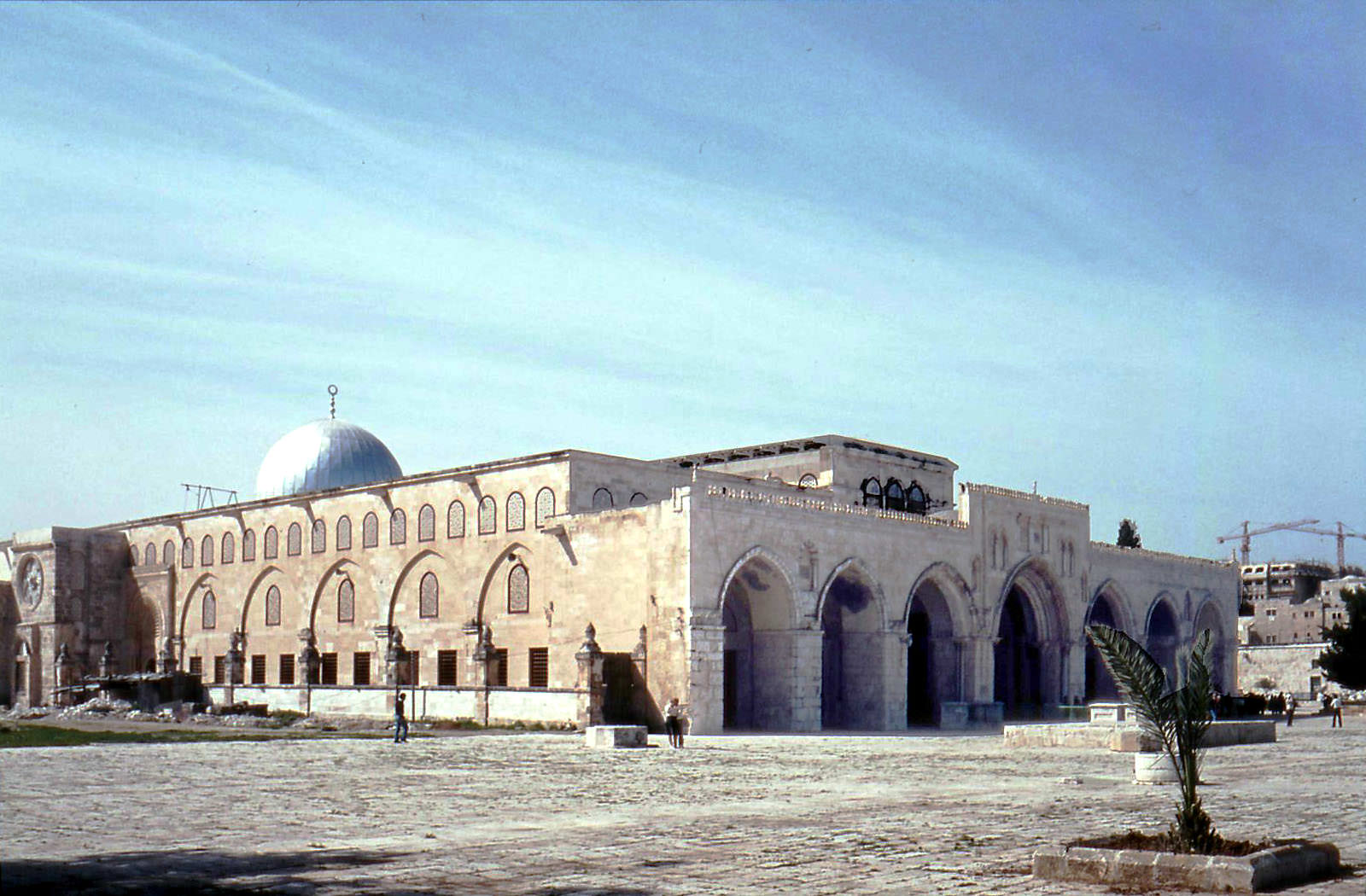 There can be only one choice for the world’s most contested area of land, and that is Masjid Al-Aqsa in Jerusalem. It is no exaggeration to say that for thousands of years, people have been dying for control over it.

For Muslims, it holds a very important place in our heart. It is the 3rd most holy site in Islam. It is the location that the Prophet

was transported to during the journey of Israa and Miraaj. It was the scene for the most extraordinary gathering in the history of mankind – when every Prophet that ever lived were gathered together for a congregational prayer behind Prophet Muhammad

And yet, here are some things you may not already know about Masjid Al Aqsa:

8. It isn’t just one mosque 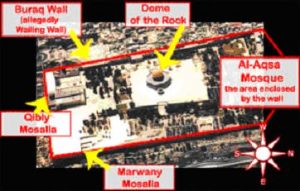 Yes – there are multiple mosques on the site that we know as Masjid Al Aqsa. We think of Masjid Al-Aqsa as the building at the southernmost corner of the Mosque. In actual fact, that is the Qibly mosque – so called because it is the closest to the Qibla. The whole mount is Masjid Al Aqsa and is sometimes referred to the Haram Al-Sharif to prevent confusion. But there are other mosques present on the site which are usually connected to historical incidents e.g. the Buraq masjid, the Marwani masjid and more.

7. It is a burial ground

are buried there. but there are certainly many. For instance, Prophet Sulaiman

is possibly buried there since we know that a Prophet is always buried where he died, and he

died whilst supervising the construction of the previous building in some traditions.

6. It was a garbage dump

In the period of time when no Jews were allowed to live in the city, the mainly Roman inhabitants used the area of the masjid as a garbage dump. When Umar

liberated the city, he cleared the trash with his bare hands. He also ended the centuries-old exile of the Jews and invited 70 families of a nearby refugee village back into Jerusalem giving them the right to return after centuries in exile – a favour that our cousins seem to have forgotten.

5. Al Ghazali lived and wrote his magnum opus there 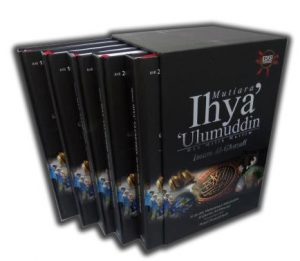 One of the most famous books in Islamic literature is Ihyaa Ulum Al-Din by the great scholar of Islam Abu Hamid Al-Ghazali. He is a man that is revered by all schools of thought for his ability plunge into the depths of the human soul whilst remaining anchored to Quranic and Prophetic teachings. What most people don’t know is that Al-Ghazali, for a time, lived in Masjid Al-Aqsa and wrote the book whilst there. A building in the masjid marks the site of his old room.

4. It was used as a stable, palace, and execution chamber 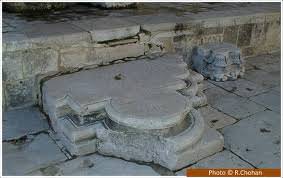 When the first Crusaders took Jerusalem, they found the majority of the Muslim population locked up in Masjid Al Aqsa. They slaughtered roughly 70,000 of them and then converted the Qibly Masjid into a palace, the Dome of the Rock into a chapel, and the underground chambers into a stable. Muslims who survived the initial massacre were later crucified on a large cross placed near the centre of the Masjid. This was the only cross that was broken by the Salahuddin. The base of the cross can still be seen there today (picture above.)

3. It had a legendary mimbar 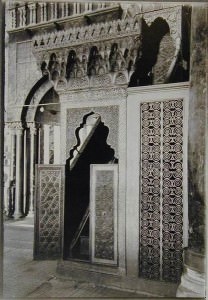 Nooruddin Zengi, one of the greatest heroes in the history of Islam, had a special mimbar (pulpit) built to be installed in Masjid Al Aqsa when it would be eventually retaken from the Crusaders (you have to admire his supreme confidence). This mimbar was not only beautiful, but it was made without using a single nail or lick of glue. Sadly Nooruddin did not live to see victory, but his protege Salahuddin fulfilled the wish of his teacher, and after liberating Jerusalem for the 2nd time in the history of Islam, installed the mimbar. It is still a work of legend amongst artisans and craftsmen. Unfortunately, this mimbar did not survive the events described in point 1.

2. The Dome of the Rock used to look very different 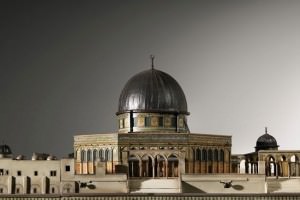 The dome of the Rock – what is likely to be the first dome ever built in the history of Islam – was built by the Umayyad Caliph AbdulMalik ibn Marwan. It started life wooden with either a brass, lead or ceramic cover, but almost a thousand years later during the reign of the Ottoman Caliph Suleiman the Magnificent, the distinctive gold layer was added to the dome along with the Ottoman tiles to the facade of the building.

1. It has been burnt down

Ever wonder what would happen if Masjid Al Aqsa was violated, a conquering army flag flown from the dome of the rock and the masjid itself burnt down? Surely the Muslim world wouldn’t let that happen? 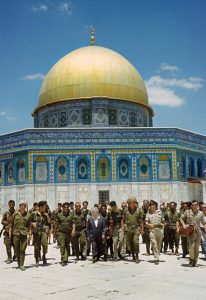 In 1967, Jerusalem left Muslim hands for the 3rd time and came under the control of Israel. The conquering Israeli soldiers flew their flag from the dome. The Israeli leadership realised that overt control of Masjid Al-Aqsa would serve as a constant provocation to the Muslim world. They used the fig leaf of a Waqf in order to placate the Muslims into complacency.

In 1969, an Australian Zionist set fire to the mimbar of Nuruddin and the Qibly mosque itself. The resulting inferno enveloped the entire Qibly mosque. The Muslim world awoke to scenes from the worst of nightmares. Desperate palestinians tried to put out the flames in anyway they could. An entire Ummah hung their head in shame.

Since then, the mosque has been rebuilt and refurbished, but the assaults against the 3rd holiest site in Islam continue to this day. Excavations undermining the foundations of the entire Mosque, unauthorised visits, and daily threats to rebuild the old temple are all currently under way. Masjid Al-Aqsa still waits.

If you liked this, you may also be interested in the other articles in this series:

10 things you didn’t know about the Kaaba

9 things you didn’t know about the Prophet’s Mosque