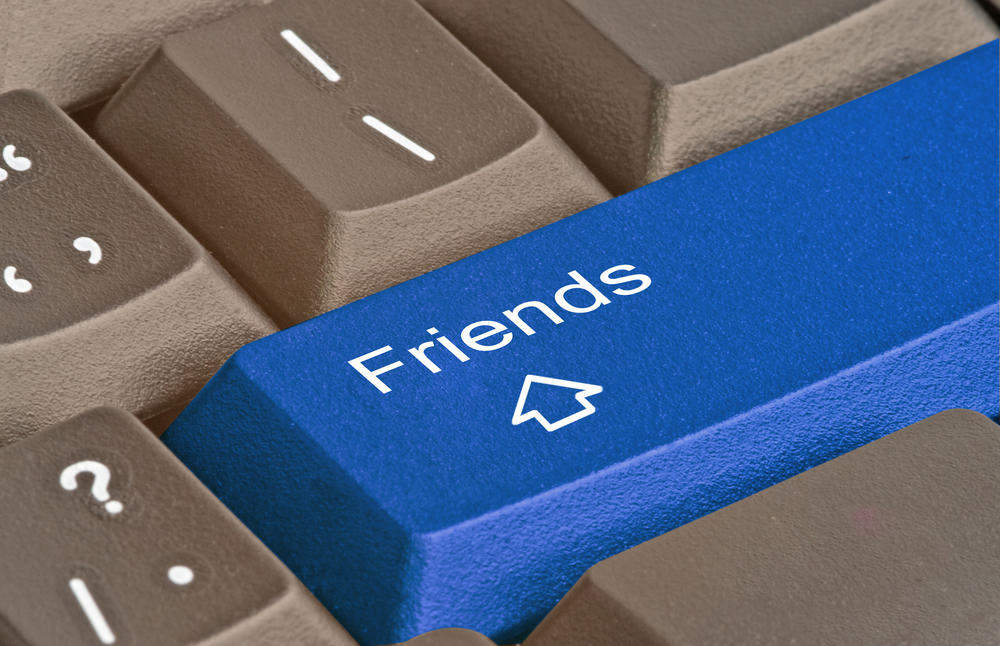 I’m just old enough that I remember a world before the social media age. That meant arranging going out with friends via landline house phones shared with the family, and feeling innovative when AOL Instant Messenger became popular. Going out with a friend usually involved some sort of vetting process where our parents got to know each other before granting us permission to do things like playing basketball together or catching a movie.

Social media can no longer be considered a fad. And with that, our community needs to progress (quickly) past conversations such as, “Is Facebook halal?” and “Should we even be using these platforms?” The reality is that this is communication, period. This is how it’s done. Specific platforms may change, but video has already killed the radio star (so to speak). You can see the progression on our own website. In 2008 I wrote an article introducing what Digg and Reddit were for the Muslim audience. By 2012, the conversation shifted to how Muslim parents need to understand Reddit.

The conversation we need to have now is how to understand Islamic principles so that we can practice them while utilizing these tools. The core of social networking is friendship. From a business perspective it’s customer engagement. Either way you look at it, it boils down to how you interact with others. With that in mind, let’s take a look at 3 simple principles that need to be incorporated into our utilization of social media and networking.

1. You Are What You Feed

The similitude of good company and that of bad company is that of the owner of musk and of the one blowing the bellows. The owner of musk would either offer you some free of charge, or you would buy it from him, or you smell its pleasant fragrance; and as for the one who blows the bellows (i.e., the blacksmith), he either burns your clothes or you smell a repugnant smell. [Bukhari and Muslim]

It seems obvious, but sometimes we still need to connect the dots. The company we keep, is in reality who we follow. Our company is the updates we see on Facebook, the people we follow on Twitter, the photos we see on Instagram, and the people we text on WhatsApp.

You may be a fan of a particular athlete and follow him, but what’s your reaction if he posts a photo of himself partaking in certain extra-curricular activities? What about that “friend” (who you probably only actually met once or twice) who posts daily about how much they hate their parents? It’s easy to be dismissive of these things and say you don’t approve of it, but the reality is that you’re constantly letting that messaging into your heart.

Don’t believe me? Think about how many times you take out your phone in a day. When you wake up, on the way to school or work, during breaks, in meetings, at lunch, in line at the store, during commercial breaks on TV, using the restroom, when going to bed… how many status updates do you consume on a daily basis? It’s one thing to have a friend or acquaintance that you see a few times a year and maintain a relationship, it’s something completely different to see 5-10 messages from that person throughout the course of the day.

Consider your feed your personal space. Be ruthless about who you let in. If someone is a bad or negative influence, remove them at all costs. The sanctity and health of your heart is too great to risk over a few likes or retweets.

2. You’re Judged by Your Closest Friend

A man is upon the religion of his friend, so let one of you look at whom he befriends. [Tirmidhi, Hasan]

There’s an obvious meaning here we all understand, but there are also certain aspects that are somewhat overlooked. The first is that this hadith is a profound insight into the human mind. First it shows that who we associate with affects our subconscious much more than some of us might like to admit. Second, it shows that a good friendship means knowing one another on a deep level. It means that when you’re actually friends with someone, you know them on a level that you’re comfortable with their value system, beliefs, ethics, and character.

One pitfall of social networking is the idea of hyper-connectivity. The abundance of superfluous connections sometimes gives the false impression of actual meaningful interactions. Brady Quinn, who was the quarterback of the Chiefs when one of their teammates committed suicide, said something really insightful:

“The one thing people can hopefully try to take away, I guess, is the relationships they have with people,” Quinn told reporters after the game.  “I know when it happened, I was sitting and, in my head, thinking what I could have done differently.  When you ask someone how they are doing, do you really mean it?  When you answer someone back how you are doing, are you really telling the truth?

We live in a society of social networks, with Twitter pages and Facebook, and that’s fine, but we have contact with our work associates, our family, our friends, and it seems like half the time we are more preoccupied with our phone and other things going on instead of the actual relationships that we have right in front of us.  Hopefully, people can learn from this and try to actually help if someone is battling something deeper on the inside than what they are revealing on a day-to-day basis.” [NBC Sports]

Usually your closest friends are people you have known for a long time. Strong friendships go through their own tests. What happens now is that when a friendship is tested, there’s no longer an incentive to make an investment in that relationship. People can simply go over to Facebook and say, no loss, I have 600 more friends to talk to.

It doesn’t take a huge leap of logic to see then why Facebook is listed more commonly as a cause of divorce. People thrive on this feeling of connectivity. They start to connect with exes who they otherwise wouldn’t have talked to.  If they get frustrated with their spouse they go and find someone else to talk to because they don’t know how to deal with a real relationship.

Change your focus from accumulating more friends and followers to cultivating the relationships with the close friends you do have. They’re also a path to Jannah.

Moderation is the name of the game. As overused as that term is, it’s importance here cannot be overstated. There’s the obvious meaning here, and that is to not over-share things with people you may later regret. This is something parents should focus on when teaching children how to use social media responsibly. Not everyone who is “your friend” is actually your friend or has your best interests at heart. On that note, high school and college-age youth should also lean heavily on their parents’ life experience in this regard – they have dealt with lots of different types of people and will see the red flags with your acquaintances that you don’t.

The real point to understand here is that social media is an envy amplifier. It’s easy to look at someone’s timeline and assume that everything is perfect for them. They have nice family photos, they post pictures from nice restaurants and vacations, and you’re sitting there with all these problems and struggles. It’s easy to develop hasad (envy) of people because of this. The same is true the other way around. Be careful of what you share because you may incite hasad in others.

It’s also pertinent to mention here not to publicize one’s own sins. In an effort to get people to like them, many will post pictures of themselves engaged in some type of shameful behavior. Don’t uncover a sin that Allah

has covered for you. By the same token, don’t be so keen to gain acceptance with someone on their social network, that you willingly go along with them posting shameful things. Whether you hit the like button or not, you can at least remove them from your feed.

When it comes to disliking someone we also need moderation. One of the most destructive practices online is trolling and bullying. This type of behavior becomes extra contagious online for some reason. When people see someone going at someone they don’t like, it’s very easy to hide behind your keyboard and join in. If you don’t like someone, don’t harass them or say anything negative. Simply block them or unfollow them and move on.

It’s my hope that our ummah starts more openly understanding that social media is running our lives in ways we don’t often think about. Checking our phone is not just something we do to pass time, but it’s even replacing the desktop computer as our primary device.  We need to move beyond whether social media is good or bad and start having frank discussions about how these networks are impacting our lives and relationships. We haven’t even touched on things like information overload, or the drain of cognitive energy that prevents us from being able to do simple things like supplicating to Allah

Friendships shape us in more ways than we realize. We can no longer differentiate online and offline personas. Both have very real impacts on us and we need to be cognizant of the Islamic principles and how to live by them no matter how much the systems and environment around us change.

What’s The Matter? |My Husband Has Been Cheating On Me

How Physically Intimate Can a Couple be Post-Nikkah but Pre-Marriage / Rukhsati?