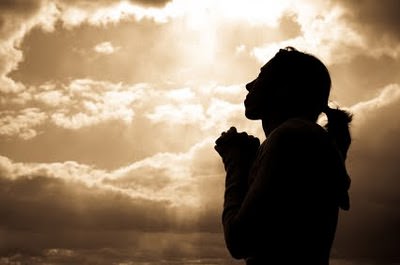 “The Revert” tells the story of a young woman who struggles to seek a connection to God to have the sins of her past forgiven.  Natasha is sincere and wants to consider Islam in a fair way and on her own for the first time, but with the baggage of being a “born Muslim,” she fears that the community doesn’t have a big enough heart to accept her, even if God does.

Natasha took out the compact foundation from her dance bag to look at herself in the mirror.  The scarf she had put on her head made her forehead look freakishly large, kept tugging at her bun, and the worst part was that her bangs kept popping out.  She had made sure that no one she knew was on the bus when she had gotten on.  The bus would take her a half-mile past the Agricultural Department’s fields to the university chapel, where Friday prayer was held.  This was the first time she had worn a scarf, and this was the first time she was going to Friday prayer.  She knew she was far from the typical Friday prayer attendee, but she had wanted to finally make things right and didn’t know where else to start.

She shoved her fingers into the front of her scarf for what seemed like the hundredth time, making sure to hide her chestnut hair.  Her parents had barely taught her anything about Islam, least of all the proper way to tie a scarf or pray.  She pocketed the compact in her coat so she could keep checking on her scarf, lest one of those “self-righteous fanatics,” as her father would sneeringly say, banish her from the community for doing something wrong.  Those kinds of people were the reason why he had never taken Natasha to a mosque or any religious service before, save his own father’s funeral prayer.

She remembered the long drive and the only words he spoke the entire trip.  They were directed to Natasha’s mother, “Put your scarf on before anyone sees you.”  That was the only time Natasha had ever seen her mother cover her hair in that way.  Natasha had thought she looked like one of the dolls from her childhood photographs. “And what about Natasha?” her father spat. Natasha’s mother had forgotten to bring a scarf for her.  His eyes glared at her through the rear view mirror.  The look he gave her made Natasha feel dirty and ashamed of herself.

The only things Natasha could recall about that mosque were the giant, glittering dome crowning an enormous prayer hall, and the sounds of chanting men and shrieking women reverberating inside of it.  Natasha felt overwhelmed by the beauty and commotion around her.  Her mother placed an arm around her shoulders, drawing Natasha into the side of her body to calm her.  There were only women in the area they sat in, women dressed in all black.  They came to Natasha’s mother and shook her hands to offer their condolences.  Some kissed her multiple times on the cheeks.

After the funeral was over, Natasha and her mother waited in the backseat of the car for her father to come back from the cemetery.  Natasha could tell that her mother was furious, “I’m sick of this – all of it.  This is just a game, a sick game, so that Firoz Kaka can go to Heaven.”  Her mother paused and ran her shaking fingers through Natasha’s hair.  “But this isn’t the Church, Natasha.  Only good people go to Heaven.  You can’t buy your way in. And being a good person means you don’t hurt others.”  She turned her back towards Natasha and they sat in silence until her father returned.

What her mother said to her that day was something that Natasha thought about every time her father was caught having an affair.  If her father was in any way a reflection of her grandfather, the both of them would be the first to be herded through the gates of Hell.  But with the way her own life seemed to have gone wrong, Natasha began to wonder if they would be the only ones burning in Hell and what kind of game she was playing by getting on the bus and going to Friday prayer.