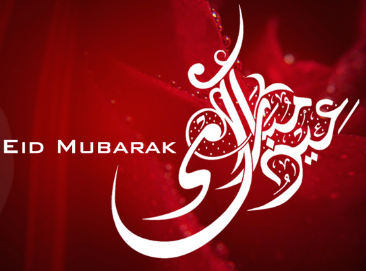 Assigned a class project, two weeks ago, to petition the government about an issue that they were passionate about, the three formed a petition on the White House website. Inspired by the Montgomery County Equality4Eid campaign and concerned about attending class on Eid day, the three friends decided to address the issue of recognizing Eid day on the calendar.

“We knew each other from the masjid. I used to attend the masjid that Fatima currently attends. We all ended up in the same civic class and petitioned the government to recognize our holidays in public school,” said McTaggart to the Muslim Link. Meeting at the public library, it took Hazer and McTaggart a few hours to put the petition together. Dandashi approached the paper for publicity to spread the word about their petition so they can collect the 100,000 signatures needed, before the January 16, 2014 deadline. Hazer is reaching out to interfaith coalitions.

“This year Eid Al-Adha. was on the day of science class, and I did have to go to school on Eid,” says the homeschooler, ”it was very upsetting, missing Eid prayer. I love hearing the khutbah and was upset [I had to go to school].” Fatima Dandashi has also faced the same dilemma- school on Eid day.

“We would hope that White House responds. We would all like to request Fairfax County to recognize Eid as a public holiday. We would like them to take the day off. The White House petition is an effort for publicity, to show the Fairfax county board of education how many people support the idea,” says McTaggart. Anybody who is religious would understand that struggle; they will receive our support if they have an issue, if [they] support us,” says McTaggart, wise beyond her years. The 13 year old loves to play soccer and plays for the Great Falls Soccer Club. She hopes that by the time her siblings are old enough for school they do not have to go to school on Eid day.

“The population of Muslims growing and it is not fair to have to choose between education and honoring your religious obligations,” she says.

The girls write that “our First Amendment not only forbids the favoring of one or more religions over others it also ensures that the government cannot restrict the free practice of religion. Muslims being required to attend school on Eid violates both.”

Their teacher thought it was one of the best causes that anyone had come up with and fully supports them. If you do too then show your support by signing the petition by January 16 at  http://wh.gov/l8f51.

Update: The petition is currently at 32,000 signatures. Please help them get to the 100,000 goal by tonight, Jan 16th, 2014. Since posting this anti-Muslim hate sites have linked to my news article, originally published in  the Muslim Link. Masajid listservs have become active and have been urging congregates to sign the petition. Several media outlets have also reached out to cover the story.

Aren’t you super proud of our Muslim youth?

Related Topics:american muslimseidHolidaysHomeschoolMuslim
Up Next

Second Chance: Causes and Lessons from Divorce in Muslims