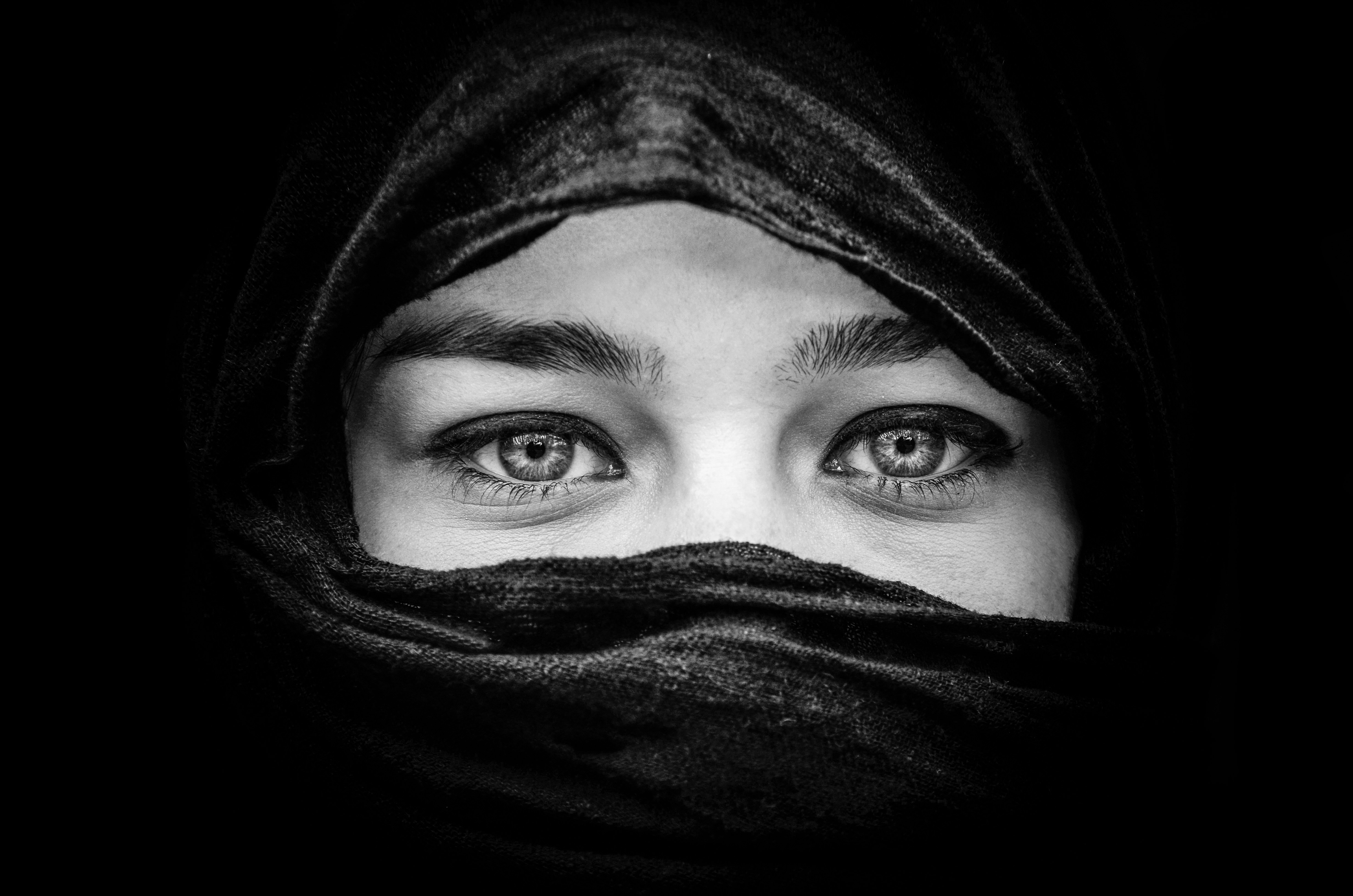 Why has Britain become so obsessed with an item of clothing known as the niqab worn by a minority of women? In the last few weeks, there has been an influx of media commentaries and heightened discourse on this issue.  Burka and niqab are two terms which are commonly used to describe a face-veil. The niqab, in essence, is a veil covering the entire face leaving the area around the eyes uncovered. The burka covers the whole body, including the face, with a mesh or voile around the eyes.

The row was prompted by Conservative MP Philip Hollobone, who refuses to meet constituents who wear the veil, and in addition tabled a Bill making it illegal to wear ‘face coverings’ in public.

The Bill states: ‘A person wearing a garment or other objects intended by the wearer as its primary purpose to obscure the face in a public place shall be guilty of an offence.’ Following this, a college in Birmingham, introduced a ban on the niqab, citing the need to identify students on campus; a counter protest led to a swift reversal of the decision. Meanwhile, Lib Dem Home Office Minister Jeremy Browne called for a debate on women wearing face-veils in public places arguing: ‘We should be very cautious about imposing religious conformity on a society which has always valued freedom of expression.’

A number of European countries have decried the veil as being incompatible with their secular values and they have therefore legislated restrictions that impose fines or imprisonment for those who break the law. Belgium and France have become the first European countries to impose a nationwide ban on the wearing of the face-veil in public.

It is argued that the face-veil should be banned in Britain for a number of reasons. Firstly, because it is a symbol of male supremacy and oppresses women; secondly, it hinders integration and communication; thirdly, it is perceived as a security threat; fourthly, it is not British; and finally, that it is not a religious requirement but a cultural practice adopted by Muslim misogynists to repress women.

Conservative MP Sarah Wollaston said in the Telegraph last month: ‘Women should be clear that the burka is a symbol not of liberation but of repression and segregation.’

There has been a history of Western politicians condemning the veil as sinister, misogynist and oppressive since the epoch of colonialism. For example, Evelyn Baring, the Earl of Cromer, who served as Britain’s first Consul General of Egypt between 1883 and 1907, believed that the veil was degrading for women and a ‘fatal obstacle’ hence ‘mental and moral development’ may only be attained by discarding this practice. Countries like Afghanistan and Iraq were invaded on the premise of freeing women from the shackles of oppression but sadly, the plight of women has not improved significantly.

The negative depictions of Muslim women are not a figment of the imagination though; Muslim women do struggle for gender equality and are oppressed in some parts of the world. These misrepresentations have been compounded by a profound ignorance of Islam and some Muslims interpreting the Qur’an to justify sexual oppression, inequality and patriarchy. But is banning an item of clothing going to emancipate these women? Muslim women are oppressed in many other ways, not necessarily by what they wear.

The debate has been exacerbated further with the Health Minister launching a review of the guidelines on face-veils within the National Health Service; surely, there is not an epidemic of veiled professionals in our NHS? Security of individuals is paramount and Muslim women who wear the face-veil are known to comply with security checks; hence there is no need to impose a general ban at airports and other public places. It is also important to acknowledge that we have extremely sophisticated new technologies that use eye recognition and fingerprints – these are more precise than face recognition.

In their quest to ‘liberate’ the minuscule number of women who wear the face-veil, Home Office Minister Mr. Browne and others fail to understand that patriarchy and subjugation of women will not be eliminated by banning the veil. In fact, it will further alienate and marginalise them. Forcing women to uncover is inherently antithetical. A ban is self defeating – it will fuel anti-Muslim sentiment and sow seeds of intolerance and resentment in the hearts and minds of society. Those calling for a veil ban in Britain must not be oblivious to the aftermath of Former President Nicolas Sarkozy’s draconian legislation in 2011. This has not only stigmatised Muslim women but has been a carte blanche for physical and verbal assaults on them.

One case involved a pregnant 21-year-old in the town of Argenteuil, north-west of Paris, in June last year. The woman was assaulted by two men who verbally abused her, then attacked her physically. Consequently, she ended up having a miscarriage. In addition, only days after Nicolas Sarkozy gave a major policy speech denouncing the burka, Marwa Ali El-Sherbini, a German resident of Egyptian origin, was killed in 2009 during an appeal hearing at a court of law in Dresden, Germany. She was stabbed by Alex Wiens. El-Sherbini was in the dock in a German court giving evidence of how the accused had hurled abuse at her for wearing the headscarf after she asked him to let her son sit on a swing last summer. The very same man strode across the Dresden courtroom and plunged a knife into her 18 times.

The ban in France is a breach of basic freedoms and if put into practice in Britain, will only curtail liberty and freedom of expression.

Religious Requirement or an Archaic Tradition?

There is no denying that in some parts of the world women might be coerced into wearing the face-veil and this is wrong; but there is no evidence to substantiate this being the case in Europe. Most women who veil here do so out of a sense of religious obligation. To curb the practice of forced veiling, legislation should read: ‘A ban will be imposed on those women who are deemed to have been forced to cover their face against their wishes’ rather than the current ban, which confines the religious and personal freedom of all Muslim women.

The argument that the face veil is not a religious requirement but a relic of an archaic tradition, later adopted by misogynistic Muslims, is not plausible because some of the classical and mainstream scholars of Islam unanimously maintain that the niqab is predicated upon the basic principles of Islamic law. However, there is a difference of opinion amongst the scholars; some are of the view that the niqab is not an obligation, while others consider it to be recommended or permissible.

This difference of opinion is based on the interpretation of the verses in the Qur’an that refer to the dress code of women. One of these verses is as follows:

‘…They should draw their head coverings over their bosoms…’ [Surah Nur; 31]

Those who say a woman must cover her face use this verse to argue that if God orders a woman to draw her head covering over her bosom, it implies that she will be covering her face. While other scholars state that the verse indicates wrapping the scarf around the face and allowing it to drape over the bosom.

Why is it not British to Ban the Face-Veil?

For Britain to follow the example of countries like France and Belgium and impose a ban, would be detrimental for relations between Muslims and non Muslims, creating an ‘us’ and ‘them’ dichotomy. It would further isolate and seclude the very women the ban is supposed to liberate. Treating innocent law-abiding women as criminals is not going to help with integration. Instead, it will increase in polarisation. Banning the face-veil will incarcerate women in their homes; it will deny them access to public space while ensuring continued male dependency; this is blatantly counter-productive to what the ban is trying to achieve.

We are proud of British traditions and values which include freedom of speech, and the freedom to practice one’s religious beliefs. Banning the face-veil is not British; a great British tradition is respect for other cultures and religions – for centuries, we have been doing this far better than any other country in the world.

To ban any religious symbol be it the Sikh turban, the Jewish Kippah or the Muslim face-veil is to display narrow-mindedness and reflects an undertone of secular fundamentalism. Liberal democracy is about respect for other cultures and religions. Surely in a free society one must have the autonomy to choose; not to conform?

We need to continue to uphold our core principle of diversity: that means showing respect for difference. A fair and just society for all is built upon the foundation of upholding the rights of others even if we disagree with, or dislike the choices that they may make.

Muslim men who force women to cover and Western politicians who force them to uncover are unacceptable.

Surely the European world is entrenched in a myriad of social, economic and political concerns that have a far greater impact on society than the face-veil worn by a few women?