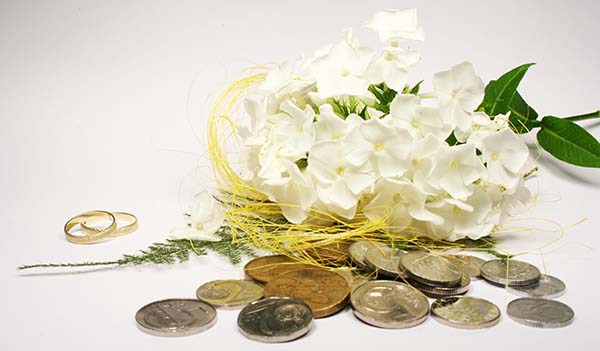 When it was confirmed that I was to be married and the dates for the event set, family members went into a flurried pseudo-state of panic and anticipation. We have a wedding to plan! The dress! The venue! The guest list!

The frenzy that ensued soon began to seep into my psyche, and a few months in I was starting to panic too – but for reasons far from the above-mentioned.

For by then I had attended my fair share of weddings and, more often than not, the ostentatious pageantry that masqueraded a simple union put me off terribly. I never wanted a big do, and if I could have it my way (though most Asian brides can testify that their weddings never were about them, but their families) we would sign on the dotted line, and just mosey on along our way.

My list of ‘don’t wants’ was longer than my tabulation of ‘wants’, and I worried incessantly that by contributing to a consumerist industry I so despised, I would fail terribly in this responsibility of ensuring that we started off life with His blessing.

Many at the time labelled me the Grinch-bride, and some may feel I exaggerate in my distaste, but the reality is that the global wedding industry is a multi-billion dollar cash-cow for those raking in the profits of nuptial bliss (read naivety). Influenced by the glamour of celebrity weddings, and pressured by the expectations of society, more and more Muslim couples are finding themselves investing as much as (and possibly even more than) their non-Muslim counterparts on the ‘big day’ – more so than on the marriage itself.

In the US alone the wedding industry is valued at $50 billion per annum with the average spent per wedding estimated at $25,600.

The UK wedding industry is estimated at a £10 billion (refer info-graphic) with a total average spend per wedding at £13,000.

However, as expected, it is the Middle East that takes top prize for extravagance in festivities with the UAE wedding industry alone standing at $700 million annually. The average Emirati wedding is valued at an average US$82,000 (Dh300,940).

And all just for a few hours!

I can only imagine that what fuels this exorbitance is the delusion that the success of marital life is determined by this one evening; that this metaphorical cannon is expected to launch the newlyweds into a perpetual state of matrimonial utopia – the louder the boom, the more successful the marriage.

Many brides quell their conscience with the catchphrase you’re only a bride once!, and most grooms and parents oblige, ignoring the long-term repercussions of a dented pocket while doling out wads to overpriced wedding planners, and signing away cheque after cheque towards grandiose reception venues and exorbitantly priced (but designer!) wedding duds. All the while turning a blind eye to the damage a lavish shindig bestows on the Muslim society as whole.

Going Against the Sunnah

How far we’ve strayed from the unadulterated concept of Nikah as an act of worship, and the simplicity in the celebration of the Waleema, as dictated in the example of the Prophet

Based on the hadith narrated by Anas about the Prophet’s marriage to Safiya:

Then, when we were on the road, Umm Sulaim prepared her (Safiya) for him (the Prophet) and brought her to him at night, and so the Prophet awoke the next morning a new bridegroom. Then he said: “Whoever has something, let him bring it.” (In another version, he said “Whoever has an excess of provisions, let him bring it.”) Anas continues: “And so the leather eating mats were spread out and one man would bring dried milk, another dates and another clarified butter and so they made Hais (hais is a mixture of the above three things). The people then ate of this hais and drank from pools of rainwater which were nearby, and that was the wedding feast of the Prophet.” [Al-Bukhari, Muslim and others].

No extensive planning, no frills, no fuss. For after all:

The marriage, which produces the most blessings, is that which involves least burden.” (Tirmidhi)

A Reflection of Indifference to the Plight of the Ummah

I’m never one to play the suffer with the suffering card – for each man’s provision is to be appreciatively capitalised as due – but surely an over-the-top display of wealth (whether within ones means or beyond) is a blatant expression of insensitivity to the plight of the less fortunate and oppressed over the world, particularly to the state of the Muslim ummah as it stands today?

For bridal parties (not even necessarily where the bride is concerned) where keeping up with the Jones’ is the primary intent, many grooms are left in the lurch. To be able to afford these large expectations of dowry and wedding party finances, most young men – often at the beginning of their careers – must borrow from their families or even banks, leaving them to start their married life in debt, adding to their other financial responsibilities.

For most families wishing to splurge on an event to remember, it is more often than not so they don’t ‘lose face’ in the community, where all other weddings previously have been of a similarly showy ilk. By succumbing to this pressure, they are only adding to the vice by creating a harder act for other couples to follow; a never-ending vortex of materialism. Even for those harbouring genuine intent of hosting an intimate ceremony, the burden of societal duty quashes any such dream.

Having vehemently dissected the ills of the nuptial enterprise, I would like to assure readers that although I seem to ooze anti-wedding cynicism at the rate of a melting wedding ice sculpture, I have not stubbornly planted myself at the other extreme end of the spectrum, turning up my nose at hosting any celebration at all.

It is in fact prescribed for a man to offer a feast on the occasion of his marriage and to invite people to it – an expense that is greater than the average spend, yes – yet not burdensome and wasteful. Achieving half one’s deen is no trivial milestone, surely!

and he had marks of Sufra (yellow perfume). Allāh’s Apostle asked him (about those marks). `Abdur-Rahman bin `Auf told him that he had married a woman from the Ansar. The Prophet asked, “How much Mahr did you pay her?” He said, “I paid gold equal to the weight of a date stone.” Allāh’s Apostle said to him, “Give a wedding banquet, even if with one sheep.”

Reminding us yet again, of the moderation in matters Islam so often preaches.

And those, who, when they spend, are neither extravagant nor niggardly, but hold a medium (way) between those (extremes)” [Al-Furqān 25:67].

As for how I fared? I would like to think that our event went off simply enough alḥamdulillāh, and as the hours passed, fear after fear was allayed in the realisation why even a small-scale celebration is recommended in the first place. How else would we have been made to recognise and acknowledge the efforts of those who truly care, pitching in their favours, time, round-the-clock counselling and most importantly their sincere du‘ā’s to set us off onto our fresh start?

To be brutally honest, it is indeed very difficult to stand one’s ground, when overindulging in frills is so ingrained in one’s culture. Though I have seen many overcome this, there are many well-intentioned couples forced to pick their battles just to keep the peace with family and society. And speaking from experience, sometimes it is the ideological struggle with the self  (passing up a more expensive dress in deference to a less stunning option priced more reasonably, for instance) that serves as a jihad on its own.

Here’s hoping and praying that Allāh makes it easy for those embarking on a new life to be armed with the best of intentions, an event filled with barakah and, most importantly, a spouse that will prove to be the coolness of their eyes in both this world and the next.

Marriage: The Charm of “Thank You”