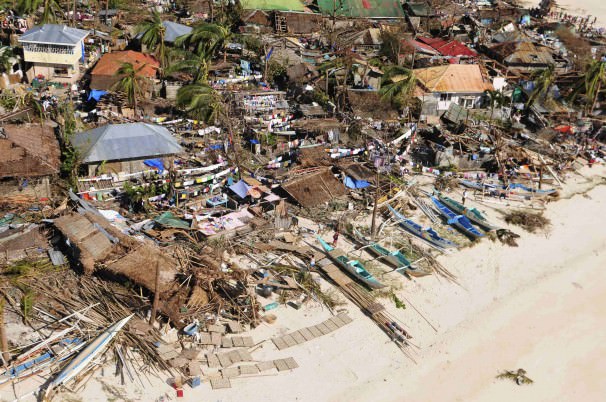 I have a special relationship with the Philippines- even though I doubt the islands know. When my son was diagnosed with autism and my husband and I were struggling to meet his monthly therapy needs and begging Allah for help, He gave us a special needs teacher and ABA therapist from there. Her passion, energy, and relentless dedication firmly paved the way for the amazing future he’s living now.

When I took a leap of faith and founded an early intervention service for children on the autism spectrum- she was a founding member, and together we hired a team of amazing specials needs educators- all of whom were from the Philippines.

We’ve travelled there together many times during the past few years, and there she’s been my tour guide as well as an ambassador for the country and the people she loves. She’s taken me to the beautiful, historically rich Fort Santiago, as well as the homely, close-streets of the poor Muslim neighborhood of Quiapo, where she stood guard as I prayed in one of Manila’s few large masajid.

She took me through merchant-filled underpasses in Baclaran, an underwater shark tunnel in Ocean City, and the slums in Manila where one man’s trash is literally, another’s treasure- entire families live in dark, jumbled lean-tos made of discarded billboard, banners, cardboard, and desperation.

She carefully- and protectively- showed me the edge of one cabaret and red-light district, where the “Lovely Ms. Lemon” was slated for performance- her thin, disturbingly young-looking body barely dressed and cheaply displayed on a poster outside of the bar.

She’s steered this amazed, insulated, first-world Muslim past the casinos and La Lechon buffets to safety and pleasant surprises at a Mom & Pop halal kitchen in a house in Quiapo. She’s told me when I should lock the car doors and when I can roll down the window and gawk in amazement. She showed me a side of the Philippines- however limited- that no five-star tourist would be able to see, and what I’ve learned amazes me.

I’ve learned that the pleasant Filipina receptionist with the policy-mandated smile may actually hold a Master’s degree in Business Administration, but will have taken the job to escape the poor economy, poverty, and endless cycle of debt some families live in back home. She may be living in a shared bed space, paying half of her salary to rent a single bunk in a room of ten or more, with access to a shared kitchen and a single bathroom where each resident keeps a neatly labeled basket with their own soap, tissues, and toothpaste.

I’ve learned the people leave their children with aunts and grandmothers for years at a time so they can try to cover school fees and housing costs with their meager incomes, working low-level service jobs here in Dubai.

I learned that the Filipino driver who is on call 24 hours a day and hasn’t been home in five years is counting down the days until his daughter graduates from medical school back home. That the housekeeper with a nursing degree is grateful to have a job that wasn’t a scam for a brothel- and that the ladies who share rooms in Karama live in fear of rape, because the petite, polite, and well-polished Filipinas are common targets for intimidation and sexual exploitation.

I learned that to address a Filipina with respect I use Atay, which is the Tagalog equivalent of Baji (big sister) and that Atay’s counterpart is kooya. Our friends are maray and paray. And they make this amazing thing called adobo and it’s beautiful on buttered garlic rice.

Here in the United Arab Emirates, people from the Philippines fill a majority of jobs in the service industry. All but two of the employees in my local beauty salon are from the Philippines, and yesterday when I entered for a well-needed foot-scrub, the mood seemed markedly less cheerful than usual. Instead of being greeted with the usual “Hello Madame,” I was quietly shown to a comfortable chair where Jane- who has been working there for the past five years, was quietly filling a basin with soap and fragrant bath salts.

She wordlessly took my feet and began washing them, and as she worked her hands over my bubble, lavender-scented feet, I couldn’t help but stare. Her face was… pained.

After a few moments I carefully ventured, “There’s a terrible typhoon in the Philippines right now.”

“Yes ma’am, a superstorm.” She flatly replied, now taking one of my feet in her lap and preparing to pumice it.

“I was getting ready to travel there again, I do hope everything there is alright.”

She scrubbed for a few more moments and then surprised me.

“My parents are very old- 74 and 75. They stay with my niece, who’s 9. They’re ok, but the water- it was up to here.” She lifted up the hand with the pumice stone to her eyes. “My family is from a western province. The typhoon is in the south.”

Another employee- who went home to deliver a baby just a few months ago, walked through quietly on her way to another part of the salon. Jane gestured to her subtly.

“Atay is not ok. Her family is from Samar. She can’t reach them.”

Atay headed back through the pedicure room, her face flat. I wondered where her baby was. I bet she was wondering too.

I’ve never had a pedicure that made me cry before. I think Jane could probably say the same. She scrubbed away, her eyes welling with tears that she wiped away with the back of her hand before they could spill over.

“It’s hard,” she said quietly. “You save and save- small, small amounts. And then your house is gone- it’s destroyed.”

Typhoon Haiyan was three times stronger than Hurricane Katrina, and in some areas of the Philippines, people were still living in tents- refugees from last month’s major earthquake. 10,000 people are estimated to have died in one region alone- and as aid agencies are struggling to respond, debris clogs the streets and bodies float in the waterways.

Allah sent Islam as a mercy to mankind, and Muslims are instructed to have mercy- not only for other Muslims, but for all of mankind.

There are an armload of places and worthy causes that need help right now, and trying to put the Philippines in some sort of tragedy competition is not the point. Shaytan would like you to believe that you can only help one people (Muslim vs. Non), or one place (Syria vs. Palestine) at a time. The truth is though, there’s no limit to how many people, how many times, or in how many places you can help. However much you help, Allah will reward you. However much Allah rewards you, your sins will be erased and your rank will be raised in the Aakhirah.

Whether you help with a dollar or a dua, please help.

Here are some charities who are on the ground helping, readers please add any links that you know are doing work in the Philippines:

An Eid Gift for Nabila: A US Drone

The Promise of Allah Fulfilled… Spectacularly