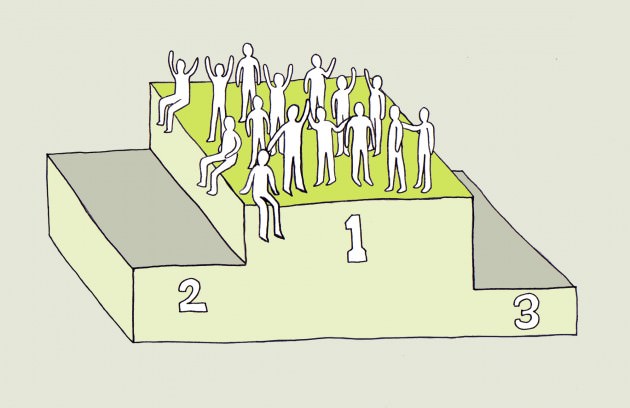 To mark the 10th anniversary of Charity Week, we’ll be sharing 10 inspirational stories from across the years. These are the kind of hidden stories that go behind the numbers and the efforts. They are the kind of stories that open our eyes to the beautiful people who made this all possible.

The competition aspect of Charity Week sets it apart from many other events. It is a competition for the good- something that was a well known phenomenon amongst the Sahaaba but is so alien to us now that many look upon it with suspicion. We start questioning intentions at the slightest whiff of competition and many of us see it as something inherently distasteful preferring a pseudo-purity of not being ambitious for good deeds.

Charity Week had been set up as a competition from the first day and this competition for the good brought out the best in many students and Islamic Societies. Usually the competition was light hearted. It was of the sort that if Leicester got wind that Nottingham was doing particularly well, there would be a flurry of phone calls and the brothers at Leicester would redouble their efforts believing that there was no reason why they should lag behind anyone in the race for Jannah.

But sometimes, the competition became intense. Very intense. Such was the case between two of the largest Universities in the country, University College London (UCL) and Kings College London (KCL.) Both were huge, had large Muslim populations and active Islamic societies. And both were in the running for the title of Charity Week Champions that particular year. It was incredibly close. Too close to call.

At the National Annual Dinner where the results were announced, I happened to be standing amongst the Kings College contingent as the results were being announced. The excitement built up in the room as we got closer and closer to the final two. Finally, there was only two names left – UCL and KCL. Who would win? The atmosphere in the room was beyond tense.

“And the winner is… UCL!” As the UCL crew erupted in celebration, the KCL side seemed visibly deflated. To add to the drama, the difference between the two was only £5! They couldn’t believe it. It was closest race ever.

But even as the KCL side seemed dejected, one of the brothers turned to the others and said, “Guys, remember the cricket bat? Wallahi UCL deserved to win.” The others quickly nodded in agreement and went over to the celebrating brothers from UCL and congratulated them with plenty of hugs and words of appreciation.

I was curious. What was the story behind this cricket bat that had instantly made KCL forget the pain of losing such a close competition and go over and congratulate their arch-rivals?

He told me that UCL Islamic Society had managed to work very hard and obtain a cricket bat signed by various superstar cricketers. It was the star prize at their auction and after a frantic bidding spell, a group of UCL brothers had joined together to put together several thousand pounds for it. What happened next was far from expected. These same brothers knew that KCL was holding their own Charity Week auction the day after and were in need of good items to auction off. In the spirit of competition for the good, they donated the cricket bat they had just spent so much money in buying to their arch rivals at KCL. 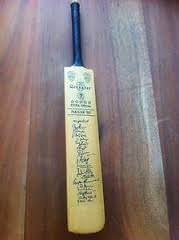 When the Prophet (SAW) was asked whether the verse in the Quran, “And those who give whatever they (have to) give while their hearts are trembling,” (Quran 23:60) referred to people who committed sins, he replied: “No… they are those who fast, pray and give charity while fearing that (these deeds) may not be accepted (by Allah.) They are those who compete with one another in good deeds.”

The cricket bat sold for several thousand pounds again at the KCL auction. The KCL brothers and sisters were extremely grateful for this incredible gesture from their fellow brethren at UCL. That it happened in the midst of the most heated competition made it even more remarkable. As the Muslim students congratulated each other on their achievements at the Charity Week Annual Dinner, I realised that for those who work and compete with each other in the path of Allah – there are no losers… only winners.

A Masterclass in Dawah

Fasting – But Not as We Know It