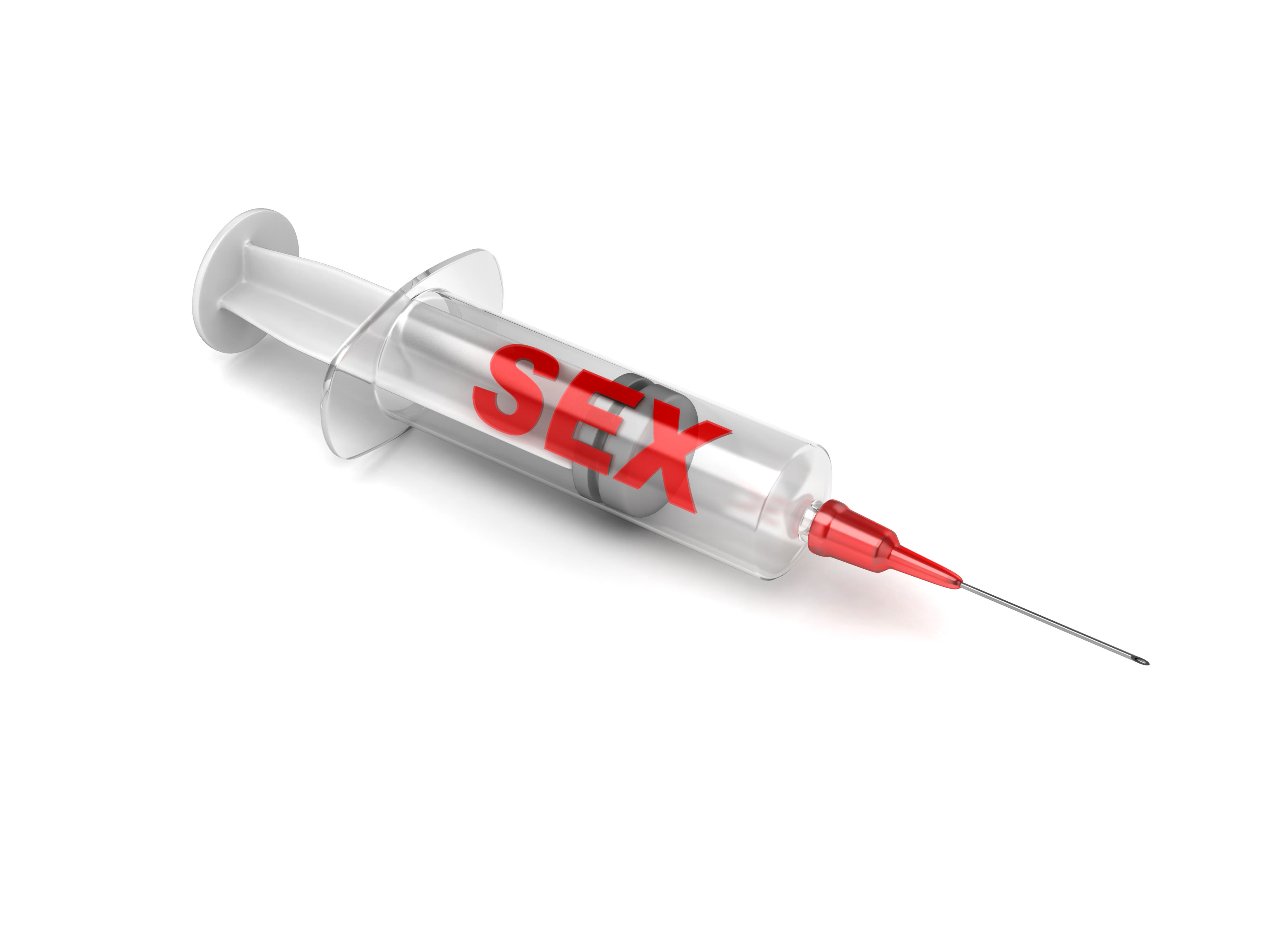 When it comes to the subject of sexual addiction, the question that arises in most minds is, “Why do men seek women other than their wives?” Unfortunately, the most common misconception is, “his wife must be insufficient that’s why he had to resort to other women.” While slightly more considerate people take the blame from the existing wife and blame it on the lack of multiple wives, “that’s why Muslim men are allowed to have four wives so they can assuage their sexual desires, impossible to be satisfied by one woman alone.”

Let me frankly ask all the readers: “Is there any ex-sex addict whose addiction was cured by adding more wives in his life?”

“What solution do you offer to female sex addicts?!”

As for the “insufficient wife”, while I acknowledge that lack of an enthused, sexually active wife, or one who denies sex to her husband, is one of the many reasons why some Muslim men might indulge in illegitimate sexual intimacy, it is neither the only nor the main reason for their infidelity.

To better understand the question at hand, let me divide the reasons into 2 categories:

Since this category is not within the paradigm of the series, I will briefly summarize this group into two main legitimate marital issues causing infidelity.

Denial of Intimacy by Wife

Lack of Emotional Attachment with the Wife

Normally these legitimate marital issues cause a man to have an affair and not a one-night stand with some random woman. These men usually develop an affair with a colleague, or a family friend or an old school fellow where they feel physically satisfied and emotionally content. Whoever the other woman may be, these affairs can be physical or emotional affairs and may turn long term.
Since Legitimate Marital Discord is a separate topic of discussion, inshaAllah, MM will have a different series on this in the near future.

To seek other women outside of marriage due to a man’s sexual addiction problem, has little, if anything, to do with the success or happiness of the marriage. In fact, in many cases, an addict is happily married and the problems in the marriage are a result of his addiction not the other way around.

What is Sexual Addiction?

The best way to describe this is: When a healthy relationship with the spouse is substituted with a harmful and sinful relationship. It is an “adaptive attempt to regulate mood and tolerate stressors through the abuse of intensely stimulating sexual fantasy and behavior… It is a dysfunctional adult response to innate personality, character or emotional regulatory deficits, as well as a reaction to early attachment disorders, abuse and trauma.

According to the Diagnostic and Statistical Manual of Psychiatric Disorders, “…a pattern of repeated sexual relationships involving a succession of lovers who are experienced by the individual only as things to be used.”

Depending on a Muslim’s spiritual level—who might avoid falling into complete zina—this sexual disorder can vary from being a complete addict to occasionally falling into forbidden sexual activities which may include:

Of the excuses used to justify their behavior, sex addicts often say:

What makes someone a hypersexual?

This, indeed, is a complex subject and unfortunately there isn’t any established “scientific” reason attributing to a single cause. It is more likely a combination of a build-up of conditions over time. The following are some common causes of sex addiction, but this list cannot be all-inclusive:

a. Wrong Introduction to Sex:

During childhood, they were introduced to sex in a very lewd, ethically wrong and morally corrupt way. Hence the very conception of sex was originated in a very degraded fashion causing their brain to link sexual desires with immoral actions from the very beginning.
Top that with a complete lack of “Islamic” sex education from the parents and/or from the community leaders, their concept of sex never gets rectified. Hence, they may always link sex or sexual desires to something being vulgar. Since a spouse is someone not only bonded through “holy” bond of marriage, but one who is pure and respected, an addict may mentally separate the intimacy with the spouse and the need of having an illegitimate sexual activities with “indecent” people to satisfy “impure” sexual desires [though almost all addicts have confessed that there is never any satisfaction through the illegitimate intimacy, in fact it always back fires with the sense of shame and disappointment].
b. Family Dysfunction:
Research has shown that majority of sex addicts have complained about growing up in an emotionally distant family.
Dr. Patrick Carnes’ research indicates that 87 percent of the families of sex addicts included more than one addict in the home and a majority of them grew up in a rigid family system or a disengaged family system or both rigid and disengaged family systems. This study implies that a lot of sexual addicts come from families where their emotional needs were not met.

Of all the cases I’ve dealt with, husbands had grown up in a very distant and emotionally cut-off families. They all complained of having a very strict and rigid father whose only function was to provide for the family while the mother took care of the kitchen and the house but never tried to communicate with children about their issues and problems.
c. Power Struggle:
Growing up, getting involved in inappropriate sexual activities was their way of releasing stress or showing power over other people [women] esp. when encountered with a difficult situation at school or among friends.

In one incident, a man grew up seeing prostitutes to receive oral sex every time he felt the need to empower another person. Later, in his married life he couldn’t have his wife satisfy him through oral sex since it was “symbolic” for him and he was emotionally attached to his wife. Hence, he continued to see prostitutes for oral sex just to satisfy his need of empowering women.

Females may use their charms/bodies to seduce other men and feel empowered upon receiving the attention from men.

d. Objectifying Women:
Once introduced to sex in a morally corrupted way, these adolescents were introduced to using women as objects of pleasure, not human beings, without any emotional attachment.

It’s a way for addicts to escape physical, emotional or sexual abuse. “Emotionally for the sex addicts, sex is not really about sex but a vehicle to provide an illusion of affirmation, a veneer of control and connection in a safe environment. The sexual “fix” has become the source of pleasure and avoids unpleasant feelings, a coping mechanism to fight stress, work difficulties, interpersonal psychological and emotional problems.”

f. Thrill & Excitement:
“Experts say there is a strong link between sexual addiction and risk-taking. Even though the risk of danger is clear…”
The excitement of being discreet and leading a secret life may appeal to some individuals and may continue through their adult life, except that at first they had to be discreet from their parents and now from their spouses.
“The riskier it gets, the more adrenaline they get. Like all addictions, the more they get, the more they need.”

g. The Chemical Imbalance:
Studies show that food, abused drugs and sexual interests share a common pathway within the brains’ survival and reward systems.An addict may have conditioned his/her brain with the pleasure of illicit sex as being same as satisfying one with food when hungry, especially when growing up parents neglected to explicitly teach their children the seriousness of indulging in forbidden sexual activities.

“When people have sex, their bodies release dopamine, and this chemical tends to make the person feel happy, warm and powerful. Some people find this dopamine response simply fascinating, and they will do anything to achieve that feeling again. Over time, their bodies adjust to these high levels of dopamine, and it takes more of the chemical to bring on the positive feeling. The addict may need to have more sex, or different types of sex, in order to feel a dopamine response. The addiction begins to escalate. It’s important to remember that this dopamine pathway is also activated in other forms of addiction, including heroin addiction. It’s a strong and powerful chemical, and it can make people do things they wouldn’t normally do.”

True Addiction or Not?

However, it must be noted that there is a huge debate amongst psychologists as to whether sexual addiction is a true addiction or not. I will discuss that more in detail in next part inshaAllah when we cover the cures and treatments.

Before I end this part, I sincerely want to advise all the parents to please take a moment and evaluate your parenting methods.

In far majority cases, sex addicts (apart from legitimate marital discords) draw the root of their problem to their childhood or adolescent years. Parent please:

In my parenting series, I have advised parents to build an open and extremely frank communication with their children. I’ve also emphasized the importance of providing sexual education at home with the help of Qur’anic verses offering a pure and uncorrupted concept of sex and sexuality.

Though we can never guarantee a sin-proof life even with best parenting, we can for sure minimize the “slip-factors” for our children and, most importantly, we can fulfill our obligations as parents. The rest we leave with Allah azza wa jall while supplicating for our children’s protection and for their guidance.

To be continued in next part:

[1] For a detail study of this, please refer to: Our of the Shadows by Partick Carnes. Pg 17

Look Who’s Coming Out, But It Isn’t What You Think

Love on the Net?