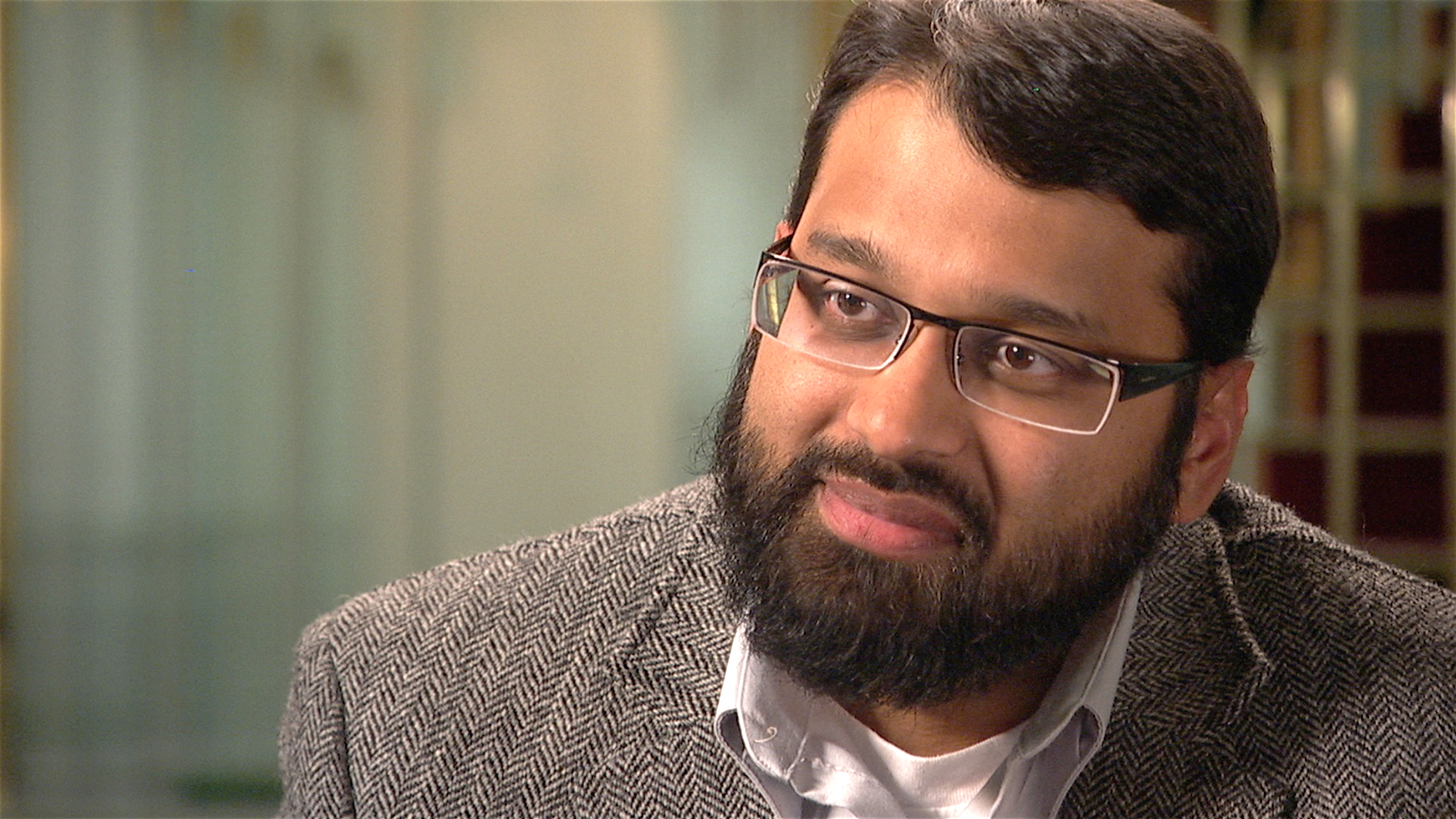 A few months ago, an Islamophobic website posted an audio-clip in my voice, in which, so they claimed, I justify attacking all Christians. Based on this, they began claiming that I am a ‘jihadist’ preaching ‘radical jihad’ to Muslims in America.

Due to the preposterousness of the claim, and the xenophobic nature of those who propagated it, I felt it best to not even dignify this audio clip with a response, as anyone who has read my articles, taken my classes, or seen my videos will know this is completely untrue. However, recently, a number of other figures, including some esteemed religious pastors, have begun reiterating these same claims and spreading this audio clip. This has resulted in me receiving many queries, hate mails, and even death threats. Therefore, I feel compelled to respond to this audio-clip in order to clear up this fabrication.

This audio clip is a shoddy cut-and-paste job from a lengthy theological series (around 15 hours of audio) I gave many years ago, discussing the reality of the Islamic concept of shirk (associating partners with Allah). The series had absolutely nothing to do with politics or jihad. Rather, some theological statements from that lecture have been taped together and made to look political. The audio recording as it stands is a complete distortion. Someone literally took sentences from different parts of that series and constructed a very menacing sounding paragraph in my voice. As such, that paragraph in the audio clip is a complete fabrication.

In one section of that theological series, I discussed some of the differences between a category of shirk called ‘major’ and another called ‘minor’. One of those differences involves the fact that the theory of an ideal Islamic government would not allow Muslims to openly practice idolatry, whereas other forms of shirk (viz., ‘minor’ shirk) would not be punishable by an Islamic State. (This would be similar to Moses prohibiting the Israelites to worship the Golden Calf). While the wording of that sentence could have been more precise, it is clear from the context of that sentence (which is not quoted in the audio clip) that I am discussing a theoretical Islamic state and attempting to clarify some of the differences between ‘major’ and ‘minor’ shirk (I also list five other differences).

In a different section of that series, I mention that believing that God has a Son, or worshipping Jesus, would be in contradiction to the Islamic concept of monotheism, and be classified as a type of shirk. This is a standard Islamic (and Jewish) doctrine.

In a third section of that series, I quote the Quran directly when it describes idolatry as being ‘filthy’(similar to the Old Testament describing it as an ‘abomination’).

What this audio clip has done is to cut-and-paste these three statements (and more) in one paragraph, and thus give an impression that since Christians practice ‘shirk’, they should not be allowed to practice Christianity, and must also be ‘filthy’. Of course, this shoddy cut-and-paste job flies in the face of Islamic teachings, and cannot be attributed to Islam or to me.

Never have I claimed that Christians need to be prevented from practicing Christianity, or that they are filthy. This is truly a preposterous claim, as even the most basic exposure to Islamic law would demonstrate that non-Muslims are allowed to worship according to their doctrines in an Islamic state. Therefore (and I have made this point many times in my lectures), if this is the case in an ideal and theoretical ‘Islamic state’, how can anyone claim that Muslims want to ban Christianity in a non-Islamic land?

In conclusion, my views on jihad can be heard in my lectures and read in my articles (a simple Google will show most of them). In addition, quite a few articles have been written about me and my work (in particular, I reference the New York Times Magazine cover article about me). My message has been consistent and clear: I am a Muslim theologian and teach (and preach) the theology of Islam, but I have never called for violence against any group or religion.

I have made mistakes in the past (and no doubt will continue to do so in the future); however, what this website, with its concocted audio-clip, is accusing me of is an all-out fabrication and sheer slander. It completely contradicts my talks, writings, public and private work, and indeed my own personal beliefs.

I hope this clarifies the misunderstandings surrounding this audio. 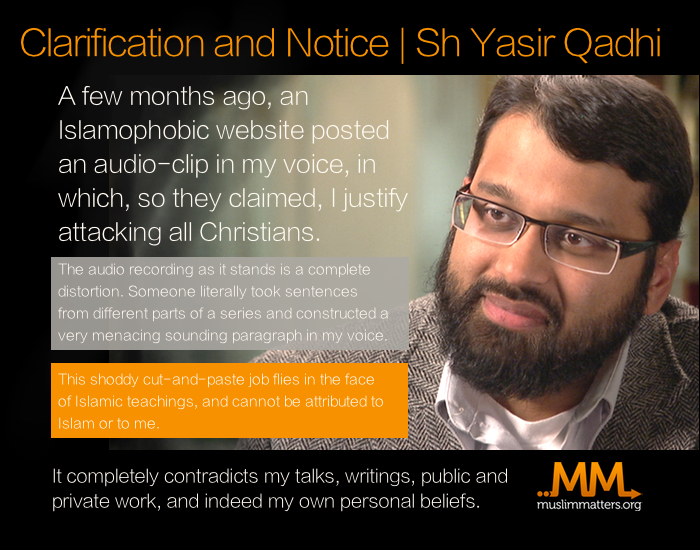 Understanding the Pain of the Zimmerman Trial