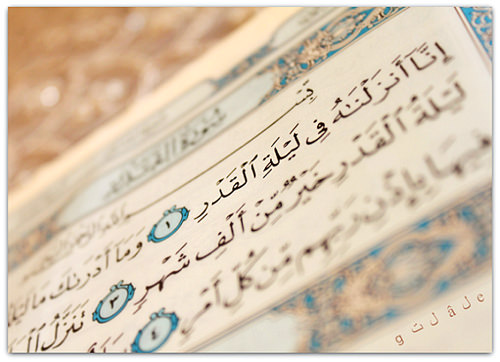 “Do not ask me about that which I have left [unspecified], for verily the nations before you were destroyed by their excessive questioning and their disagreeing with their Prophets. So if I order you with something then do as much of it as you are able, and if I forbid you from something then keep away from it.”

‘I Can’t Do This Anymore’

“Muslims can’t do anything,” the man said. “Everything is forbidden—art, philosophy, reading non-religious books, writing fiction or poetry, watching movies or television, listening to music, singing, dancing, and even looking good, for goodness sake!”

When I speak to those who are struggling most severely in their faith, often on the verge of leaving Islam, I find that in most cases the pain comes from the difficulty in making religiousness and spirituality meet.

When our heart, mind, and lifestyle pull us in one direction and our soul demands we go in another, we often grow weak and say to ourselves, “I can’t do this anymore.”

But in many cases, this apparent contradiction between us and our soul has its roots in how we have come to understand Islam—not from the demands of the religion itself.

A Reflection from My Journal

A few months ago, as I was reflecting on yet another story of a former Muslim, I penned these thoughts in my journal:

‘My sister’s friend left Islam, and when she was asked why, she said, “It’s too hard.”

‘But I couldn’t help wondering where she learned her religion, because the Prophet

‘So whoever turns away from Islam because they think being Muslim is too hard cannot possibly know the definition of Muslim.’

It’s one of the most heartbreaking things to witness: Many men and women enter Islam or grow up in Muslim homes inspired to give their all “for the sake of Allah.” Yet, years (or months) later, they walk away wounded and defeated, barely hanging on to their Islam—or they’ve let go of Islam altogether.

Whenever Allah allows me to speak to struggling Muslims or near-apostates, I find that most often their common denominator is one of two things (if not both): their definition of Islam is based on a particular group, ideology, shaykh, or school of thought (and they simply cannot adhere to the “rules” anymore); or they’ve been mistreated repeatedly by Muslims, often in the name of Islam (and they refuse to subject themselves to it any longer).

You Don’t Define Islam, Allah Does

A question that has stumped me for quite some time is why many Muslims who invite others to Islam or who teach religious classes don’t simply define Islam as it is defined by Allah and His Messenger and stop there.

, and adhering to this belief until one’s death. Fundamentally, this belief is divided into two categories: faith and submission.

Our faith (internal belief) entails six matters: belief in Allah, His angels, His books, His Messengers, the Last Day, and Divine Decree; and our submission (external action) entails five matters: testifying to believing in Allah, praying the five daily prayers, giving the required charity, fasting in Ramadan, and going to Hajj at least once in a lifetime (for those who are able).

Of course, it’s not incorrect to teach beyond these basics, but extra lessons are not appropriate in classes that purport to teach Islam itself, especially to new Muslims or to students who imagine they are learning something fundamental.

Though it is undeniable that non-foundational matters can give us a deeper understanding of Islam, it’s important to remember that they cannot define Islam. To many of us, this might seem like a small point. But for many struggling Muslims and near-apostates, understanding this is the difference between remaining Muslim and letting go.

Submit to God or the Shaykh?

I remember years ago when I myself was struggling to understand certain “Islamic” opinions. I was so stressed that it negatively affected my īmān (faith). At the time, Islam felt so confusing and overwhelming that I honestly thought I couldn’t go on. And what made this feeling so terrifying was that I really wanted to hold on, but I just could no longer bear the never-ending list of ḥarām (prohibited matters).

Almost everywhere I looked, no matter what group, shaykh, or school of thought Muslims claimed to follow, their practice of Islam essentially boiled down to following “rulings” from a favored imam, scholar, or shaykh—not clear teachings from the Qur’an and Sunnah itself.

And this confounded me.

…Until I realized that my shahadah (testimony of faith) had only two parts—and these “rulings” were neither.

‘Muslims Can’t Do Anything, Why Be Muslim?’

So to avoid unnecessary confusion, it’s best to define Islam from only two sources—Allah and His Messenger.

After this, if someone wants to join a favored group, follow a specific shaykh, or adhere to a certain school of thought, they are certainly free to do so.

But let’s call this choice what it is—and it’s not “Islam.”

Ali's Advice to His Son

MuslimKidsMatter | How Do You See Yourself in 10 Years? – The Story of Hana Chammack