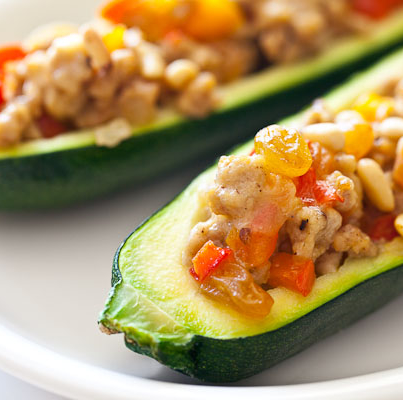 I still remember those blue eyes, clearly visible behind thick, plastic glasses. I still remember the big, smiling face, the face of Professor Nuruddeen Julapular, who was one of my earliest teachers during the college years. Under the shaykh, I studied the science of hadeeth. Sh. Nurualdeen was Turkish, and I found it very interesting that he was a hadeeth scholar while being from Turkey, a land better known for producing scholars of Fiqh.

Curious about his choice to pursue the study of Hadeeth, and not one to shy away from asking the questions on my mind, I once asked him, “Teacher, what made you interested in this particular field of knowledge while most scholars from your region specialize in Hanafi Fiqh?” He first responded with a single unexpected word. “Zucchini.” Surprised, I eagerly awaited the rest of the story, which I was sure must follow. He continued, “When I was younger, there was an Imam in our village who gave an entire khutbah (Friday sermon) on how the Prophet

used to love zucchini. The khutbah went on and on, enumerating all the possible virtues of zucchini! “In our culture,” he went on, “it was customary for families to take turns cooking for the Imam, and an Imam would almost never have to cook. Upon hearing the khutbah, people started making zucchini for him EVERY day. After all, it was a most virtuous food! I still remember carrying zucchini to his house when I was very young.” The Shaykh smiled in recollection. “Several weeks later, after he undoubtedly got tired of zucchini, the Imam started mentioning other types of foods and their claimed religious merits! At this point my father became angry and was skeptical of the Imam. Were all of these ahadeeth about food valid, or were they fabrications made to satisfy the cravings of our Imam? Knowledge of hadeeth was so sparse in my country there was no easy way to even find out!

“It was then that my father decided to send me to Al-Azhar University in Egypt to study Hadeeth. I was a young teenager when I arrived to an Egypt ruled by King Fou’ad I (1930s). I was on a mission. I quickly mastered the Arabic language and memorized the Quran. It was not too long before I received my PhD in the Science of Hadeeth. From that day on, I dedicated my life to teaching, defending, and spreading the authentic narrations concerning our beloved Messenger

and vehemently cautioning against the use of weak narrations.”

I witnessed that defense in action. Time and time again, during a class or during my private studies with him, the shaykh would mention any severely weak or fabricated hadeeth that he had seen posted on a street sign, in a newspaper, or on a flyer. He would ask us to go with him to speak to the one/s who had posted it. On his visits to the “offenders,” the shaykh would bring with him two hand-written papers, one containing explanations as to why the hadeeth is unacceptable and the other suggesting authentic ahadeeth that could be used to substitute for the weak one.

I learned a great many things from my Shaykh Nuruddeen:

Finally, I learned that you never know how your journey of knowledge may start!

I later asked the shaykh about the zucchini narrations. “Did you ever find them?” I questioned. He had found a few of them, but they were all clearly fabricated. I was mildly disappointed. Zucchini has always been one of my favorite foods!