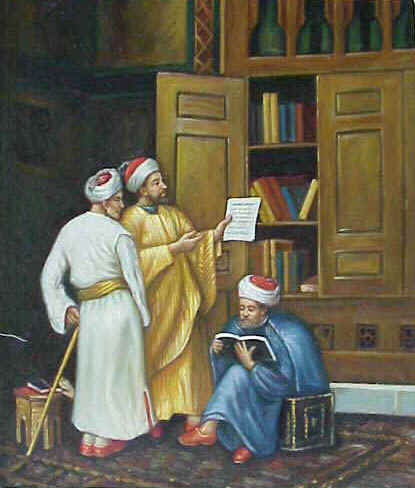 Chief among them are Ibn al-Qayyim al-Jawziah, in several writings including ‘Ilam al-Muwaiqqi’in, Imam Ibn ‘Ashur in his treatise on the Maqasid al Shari’ah, Shah Wali Allah al-Dahlawi in his book “Hujjat Allah al-Balighah,” however, the pioneer in this field was Imam Shihab al-Din Al-Qarafi. 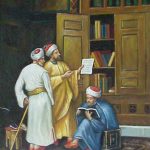 He explained the divisions of the Prophet’s actions in several books of his, such as his encyclopedia of Fiqh entitled “Az-Zakhirah”.

actions or intents can be classified as follows (according the Usuliyun):

Actions put in to place by the Prophet

in order to set a precedent to be emulated and followed. They are divided in to two types:

A) Those stipulations that are intended for the whole Ummah which are binding until the Last Day.

B) Those stipulations that are unique to a specific time, place, or a person and are not included in the general genus of rules which are binding for all but binding on the person or group that were instructed. These are partial actions or partial legislation.

Theses intents of the Prophet

which are non instructive like those hadiths which mention the ways he ate, walked, laid down, wore his clothes, mounted his animal etc. These are ‘adat, or customary practices, which change with different cultures, times, and context.

They also discuss the various instructions of the Prophet

A) Special Legislative actions which are not predicated upon revelation but special or partial actions relating to managing the policies of the state, hence they are not binding upon the whole Ummah,

C) Actions related to personal inferences, the companions of the Prophet

would always distinguish the actions of the Prophet

would consult the relevant people on a given matter related to politics etc. The Qur’an even orders the prophet to consult experts,

if certain issues were a matter of divine command there would be no need to consultation;

D) Actions related to non-religious matters, they differentiate between the ‘ibadat and the mu’amalat.

Features of the Prophetic actions as an Imam (state leader) illustrate that the Islamic state resembles more like the modern civil state (at least on the operative and systems level) and not a religious one as understood in the western framework. The Islamic conception of a state based on the understanding of the Islamic Monotheism (Tawhid), the Prophetic intents and the judgments of the Rightly Guided Caliphs (Khulafa ar Rashidun) assigns no sacredness to leaders and the decisions and methods they adopt.

Institutional forms, legislative political interpretations, election, setting the term for their office, and defining detailed affairs of the state of the early generation were based on historical and contextual understanding which considered the cultural and the normative milieu of that age and should not be advocated as definitive actions which are binding for the whole Ummah for all times, places and context.

Although, the concept of a state in Islam is similar in many respects to the modern civil (secular) states, nonetheless, it is different in that the law is a revealed Book hence the judgement of the Book comes first before that of the Ummah (people). Therefore on a practical level the Islamic laws and judgments will vary with that of a secular or a civil state.

Islamic polity is predicated on the certainty that sensual and empirical perception, human intellect alone cannot form a complete (kamil), just (adl) and comprehensive (shamil) government. It requires revelation or judgment from God, the Creator of men and the universe to put down foundations and limitations for the reason that man’s perception is limited while God’s prudence is 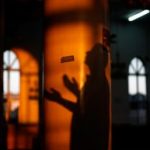 unrestricted and open. Imam Ghazzali alludes to this when he wrote,

‘’The mutual defense and cooperation must be for a just cause and a comprehensive law. It is clear that the mind cannot handle this issue of establishing a law that covers all interests of mankind, and specifies every individual case in detail, unless it is a mind charged with a mission and supported by the Revelation and the spiritual sources, which are meant to protect the order of the world, and rule it is accordance with His commands and His judgement.’’

, as illustrated above, attempted to and succeeded in marrying or uniting the reality with revelation, and he

and his companions were fully aware of the needs and dictates of the cultural space in which they lived and thus they applied rules and enacted judgments accordingly and appropriately to the needs of the Ummah (community) at that time. It is from the principles and foundations of Prophetic actions and the political actions of the Rightly Guided Caliphs Muslims must formulate a conceptual framework for the Islamic polity which would be legitimate in the eyes of the majority (jamhur) and serve as a beacon for other cultures and nations to emulate and admire.

Humility in Knowledge – A Forgotten Sunnah