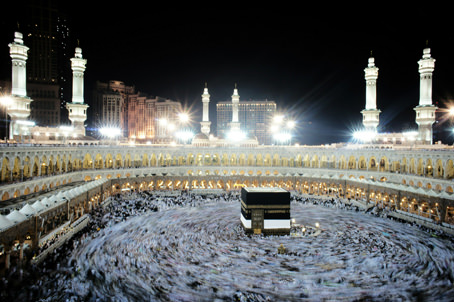 Many of us can attest to the fact that the spirit of celebration during ‘Eid-ul-Adha is subpar, to say the least, when compared to the Muslims’ spirit during ‘Eid-ul-Fitr. In fact, the underlying reason for this phenomenon may not be as secreted as we think.

I firmly believe that the spirit of ‘Eid is a direct result of the amount of sacrifices we make prior to it. In other words, investing our time, money, and wealth translates into not only self-contentment but also to a successful and joyous ‘Eid. Thus, it is not surprising that even though we do not put in as much effort as we should in the month of Ramadan, the little that we do has an impact on ourselves and makes us feel deserving of celebration when ‘Eid-ul-Fitr comes around.

I know that sounds deep and complicated, so let me explain. When I strive hard for success in my exams, I feel deserving of a break once my exams are over. On the contrary, there have been instances in the past when I did not put in as much effort in my exams as I should have and the feeling of regret degraded the quality of enjoyment I had during my break. Similarly, our sacrifices during the blessed month of Ramadan instill a sense of pride and achievement within us which inclines us to rejoice and celebrate as we reflect on our feats! This is only because of the esteemed position we have given to the month of Ramadan in our lives that the believers feel as though their hard work is being paid off and they wish to take advantage of it during ‘Eid-ul-Fitr.

On the other hand, Muslims tend to undermine the value of first 10 days of Dhul Hijjah, whether it be due to a burn out from Ramadan or just plain ignorance of the merits of these blessed days. We forget that the Prophet 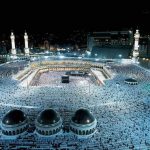 not given the first 10 days of Dhul Hijjah a similar importance in our lives as the month of Ramadan, we do not feel accomplished due to the lack of effort in doing good deeds, and that dampens our spirit of celebration on ‘Eid-ul-Adha.

Now that we know that the reason behind the lack of spirit of celebration of ‘Eid-ul-Adha is the lack of amount of sacrifices we make during the first 10 days of Dhul Hijjah, let us take from the example of  the companions of the Prophet

. In the first 10 days of Dhul Hijjah, the companions of the Prophet

would fast, perform extra dhikr and nafl prayers, do extra reading of the Qur’an, be overly generous in giving charity, repent for their sins, show gratefulness to Allah

and finally perform udhiya (i.e. sacrifice an animal for the sake of Allah). In other words, they would live by the statement of Allah where He

Thus, we too need to increase in our ibaadah in the first 10 days of Dhul Hijjah just as we do in the month of Ramadan.  Then, and only then, will we be able to enjoy the community celebration of ‘Eid-ul-Adha and truly give this blessed day the right and respect that it deserves.

“Verily, that indeed was a manifest trial.”

We are all aware that Ibrahim

did not actually slaughter his own son, Isma’eel, but Allah tested him to see how far he will act on the command of Allah. And to top this off further, Allah presented Ibrahim

with a ram to sacrifice instead. Ibn al-Qayyim said regarding this, ‎”The purpose wasn’t for Ibrahim to kill his son; rather it was to sacrifice him in his heart so all love belonged to Allah alone.” It is a part of our tradition that during these blessed days of Dhul Hijjah and on the day of ‘Eid-ul-Adha that we remember the sacrifice of Ibrahim

, and we reflect on what made him to be the strongest of the believers, a close friend of Allah, someone whom Allah has blessed (as is apparent from the durood portion of our salaat) and a leader of all the nations that follow.

Eid-ul-Adha is celebrated on the 10th of Dhul Hijjah, the twelfth and final month in the Islamic Lunar calendar. It mar 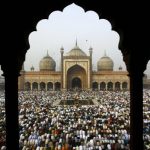 ks the end of Hajj, which is the annual pilgrimage of Muslims worldwide to city of Makkah in Saudi Arabia. It is a time to rejoice and celebrate by wishing each other “Eid Mubarak” or “Have a blessed Eid.” It is as the Prophet

said, “The greatest day in the sight of Allah, may He be blessed and exalted, is the Day of Sacrifice…” (Abu Dawud). The Prophet

also said: “The day of ‘Arafah, the day of Sacrifice, and the days of al-Tashreeq are our festival, us Muslims, and they are days of eating and drinking.” (Tirmidhi). It is the day when many acts of worship are combined, such as reciting takbeerat exalting Allah, praying as a large community, and offering the udhiya (the sacrificial animal).

Some scholars said that the ‘Eid prayer is fard kifaayah (a communal obligation), and some scholars said that it is fard ‘ayn (an individual obligation). Regardless of which opinion you follow, it is the day when believers unite and show their strength in numbers as they gather together, so a believer should not neglect the ‘Eid prayer but rather should make every effort to be enumerated therein.

Sunnahs pertaining to the day of ‘Eid-ul-Adha:

used to do ghusl on the day of ‘Eid.

used to wear his most beautiful garments to go out to pray. For modesty reasons, the women should avoid adorning themselves when they go out for ‘Eid.

used not to eat anything until he came back from the place of prayer.  He would eat some of the meat of his sacrifice. If a person is not planning to offer a sacrifice, then there is nothing wrong with eating before the prayer.

used to go out to the ‘Eid prayer walking and come back walking. He

used to vary his route on the day of ‘Eid. He would go by one route and come back by another.

used to offer the ‘Eid prayers in the prayer-place (musalla).

did not offer any prayer in the prayer-place before or after the ‘Eid prayer.

would start with the prayer before thekhutbah.

11.  The khutbah after the ‘Eid prayer is optional. Abu Dawood narrated that ‘Abdullah ibn al-Saa’ib said: “I attended ‘Eid (prayer) with the Messenger of Allah

12.  Exchange du’a, congratulations or good wishes with the people at the end of thekhutbah. Examples include: Taqabbal Allah minna wa minkum (May Allah accept (good deeds) from us and from you) or “Eid Mubarak” and other permissible expressions of congratulations.

So from all of us here at Muslim Matters, Eid Kareem! Eid Mubarak! A very prosperous and joyous ‘Eid! Taqabbal Allah minna wa minkum! Ameen, ya Rabbil ‘alameen.

Footnote:  Information on the sunnahs of ‘Eid-ul-Adha was taken from www.islamqa.com

Caught in a Storm- The Muslim Way