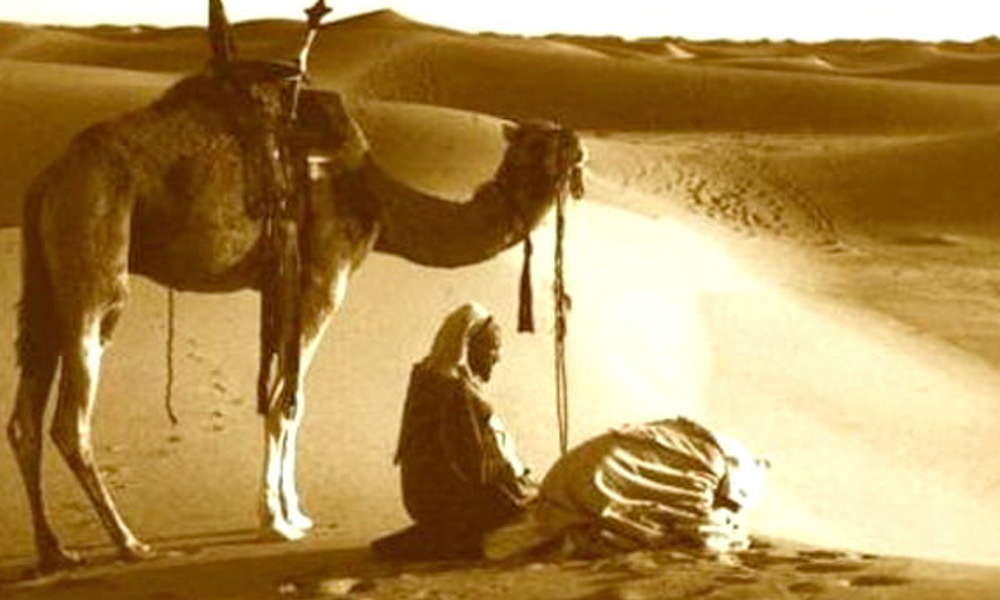 In our previous parts, we discussed the travel distance required to be considered a traveler. In this article, we shall discuss the time duration that one remains a traveler.

2. For How Long Does One Remain a Traveler?

The final issue that we need to discuss is the time duration for which one is allowed to shorten the prayer while one remains a ‘traveler’. In other words, once one has arrived at one’s initial destination and intends to remain there for a duration before returning home, for how long can s/he shorten and combine? Once again, we face a myriad of opinions on this issue (I have come across at least eighteen different opinions, and there are more); for the purposes of this article, we shall restrict ourselves to the more common ones.

The Ḥanafīs considered a ‘traveler’ to be someone who intends to reside at a place for fifteen days or less (inclusive of the day that he intends to travel). They based this on qiyas, or analogy, with the longest possible days of a woman’s period. At first glance, this analogy does seem rather bizarre. However, they reasoned that both a traveler and a woman in her menses must ‘return’ to a more permanent state of worship (the menstruating woman returns to her prayers after desisting from them, and the traveler returns to the full prayer after ceasing to be a ‘traveler’), hence there is a commonality between these two scenarios that would allow us (or so the Ḥanafīs felt) to extrapolate the same ruling to these two scenarios.

They also use as evidence a tradition of Ibn ʿAbbās in which he stated that the Prophetṣalla Allahu ʿalayhī wa sallam stayed in Makkah for fifteen days, praying qaṣr (Reported by Abu Dawud; most scholars of hadith consider this version to be inauthentic for a number of reasons, one of which is that more authentic versions of this hadith mention even higher numbers.)

The Ḥanafis also attributed this position to Ibn ʿAbbās and Ibn ʿUmar,[1] and it is also one opinion of Saʿīd b. al-Musayyib.

The Mālikīs, Shāfiʿīs, and Ḥanbalīs claimed that the time that makes a traveler into a resident is four days.

Note that the Ḥanbalīs have qualified this as ‘twenty prayers’ and not four days; also there is some difference of opinion between the Mālikīs and the Shāfiʿīs over when this time frame should start and end and whether the day that one arrives and leaves counts or not. For the purposes of this article, all of these differences will be ignored. What is important to note is that these three schools have a similar time frame of ‘four days’.

Their main evidence is the command of the Prophet ṣalla Allahu ʿalayhī wa sallam that the Emigrants (Muhajirūn) who were performing Hajj with him should not stay in Makkah for more than three days [Reported by Muslim].

In order to understand the reasoning of these three schools with respect to this tradition, an important fact must be understood. The Emigrants who had left Makkah for Madīnah during the hijra were prohibited from returning to Makkah as ‘residents’, since they had given up that land for the sake of Allāh. The point derived by the majority, therefore, is that the reason the Prophet ṣalla Allahu ʿalayhī wa sallam prohibited them to stay more than three days is that it is the staying of four days or more that converts a traveler into a resident. To buttress this point, these schools also mention that the Prophet ṣalla Allahu ʿalayhī wa sallam himself prayed qaṣr when he remained in Makkah for three days, after performing ʿUmrah.

Another evidence that is used is the travel restrictions that ʿUmar b. al-Khaṭṭāb placed on non-Muslim traders who wished to conduct business in Makkah or Madīnah: he only allowed them permission to remain for three days.[2] Once again, the interpretation given is that it is four days or more that converts a traveler to a resident, hence he forbade them from remaining for more than three days.

And it is also reported from Saʿīd b. al-Musayyib (d. 95), who said, “If you want to stay for four, then pray four!”[3] This is also the opinion of the Permanent Committee of Scholars, the fatwa of Shaykh Ibn Bāz, and the opinion of our Shaykh Muḥammad al-Mukhtār al-Shanqīṭī.

2.3 The Opinion of Ibn Taymiyya

Ibn Taymiyya, extrapolating from many of the same premises as his earlier position on thedistance of travel, felt that there exists no explicit evidence or reasoning that would specify a particular time period that effectively converts a traveler into a resident. Therefore, he felt that a traveler would remain a traveler even if he stayed at a specific location for a longer period of time, as long as his lifestyle was that of a ‘traveler’.

Nonetheless, perhaps understanding that this open-ended response also had potential problems, Ibn Taymiyya did feel that the majority opinion of four days was safer to follow.

In one fatwa, Ibn Taymiyya was asked about a traveler who intends to remain for one month in a city: is he permitted to shorten? He replied that it was safer for him not to shorten but to pray in full.[4] In another fatwa that he was asked, he explicitly permitted a person in a similar situation to shorten the prayer for this longer period, even while saying that it is ‘safer’ to pray the full amount.[5]

In other words, Ibn Taymiyya himself did not unequivocally allow such a person to pray qaṣrfor a limitless number of days. Even though he said that it is permitted and that one should not rebuke those who do this, he also said that it was better to pray full.

However, a modern follower of Ibn Taymiyya, Shaykh Ibn ʿUthaymīn, took this fatwa to a possible logical conclusion. According to Ibn ʿUthaymīn, as long as a person did not intend to remain permanently in a city, such a person would be considered a traveler, even if he remained in that city for years on end. Based on this fatwa, numerous Saudi students (some of whom I personally met) would pray qaṣr for years while students overseas. They reasoned that since they had the full intention of returning to Saudi Arabia after their four or five years of study, they were, in fact, in the state of ‘travel’, even if they purchased houses and cars, and put their kids in a local school. When Ibn ʿUthaymīn was asked about this scenario, he agreed with this interpretation and reasoned that since there was no actual time limit, even the duration of ten years would constitute ‘travel’ as long as one wished to return to a place called ‘home’.

Before mentioning what appears to be the ‘strongest’ opinion, it should be mentioned that there are many other opinions on this issue as well.