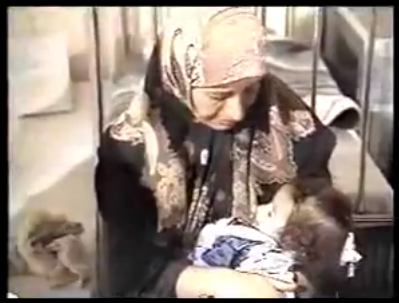 Update 10/12/2012: Jazakumullahu khayran to everyone who had questions.  Responses have been added to the end of this article!

On October 11, 2012, I read an article that made me feel it was all happening again, this time in Iran. Acclaimed commentator and Constitutional Law Attorney Glenn Greenwald wrote in the Guardian, the respected British publication, about the tragedy of US sanctions against Iraq and how the US is repeating the same mistakes with its sanctions against Iran.

In the 1990’s, sanctions were supposed to bring Saddam Hussein to his knees. Instead, sanctions helped Saddam Hussein consolidate power by bringing Iraq’s populace to its knees. Greenwald’s article also explains, how currently the Iranian middle class is becoming an endangered species thanks to US sanctions, and the impact that will have on any honest hopes for reform. And he provides insights like this one: “In 2001, the writer Chuck Sudetic visited Iraq and then wrote in Mother Jones about what he saw: namely, that the US-led sanctions regime ‘killed more civilians than all the chemical, biological, or nuclear weapons used in human history.’”

Within its first six years, US sanctions against Iraq killed well over 500,000 children. Even the US mass media took notice of the suffering of Iraq’s children. So it was that in 1996 the CBS News program “60 Minutes” interviewed then-Ambassador Madeleine Albright about the deaths.

At that time she held the post of United States Ambassador to the United Nations. Just a few months later, in December of that year, President Clinton nominated Madeleine Albright to be his next Secretary of State. She had the unanimous support of the United States Senate, 99-0, and she was sworn in that January. To be fair to Ms. Albright, in 2007 she was interviewed briefly by “Democracy Now!” Then she said forcefully how much she regretted her words back in 1996. And the former Secretary of State claimed as her success the program by which Iraq sold oil to pay for food and medicine to relieve the suffering of the Iraqi people.

But the children, the aged, and the ordinary people of Iran who care for them do not have anyone in the US government to champion them. Instead, as Greenwald writes, “Democratic Rep. Brad Sherman justified the Iran sanctions regime this way: ‘Critics of sanctions argue that these measures will hurt the Iranian people. Quite frankly, we need to do just that.’“

The first step is to make the White House address this issue. 25,000 signatures on this petition will accomplish that step. (You will need to create an account at https://petitions.whitehouse.gov/user/register to sign this petition.  Please see “Update” below if you have any trouble signing!)

Again, 25,000 signatures on this petition are needed, and the deadline is November 10, 2012. So I ask you personally to please sign this petition by visiting the link http://wh.gov/KnnX.

Then as soon as you have signed, please share this article with others. You can copy/paste the text, images, or videos used in this article or the text of the petition (which you can find at the bottom of this article) into your own email, posts on Facebook, tweets, or fliers at your school, mosque, or community center. The short URL, http://wh.gov/KnnX, works well in Twitter posts or in text messages. You may want to blog about this petition, especially after reading Greenwald’s article or this article published by the organization Fairness and Accuracy in Reporting.

Again, encouraging others to sign is as important as signing yourself. Here’s some advice that may help you.

I just signed a petition on the White House petitions site, “We the People.” Will you sign it? http://wh.gov/KnnX

Please sign, share, RT: “Certify that US sanctions will not spread suffering and death among Iranian children.” http://wh.gov/KnnX

If you haven’t already done so, you can view and sign the petition here: http://wh.gov/KnnX

From the bottom of my heart, I thank you for taking the time to read this article, to sign the petition, and to share the message with others. I pray that the One Who Created me, you, our leaders, and all the children this petition hopes to save, that He will put blessings and providence in these efforts. Indeed, He is the Most Merciful, the Most Compassionate, and He loves those who show mercy and compassion to His creation.

As promised here’s the text of the petition:

We Petition the Obama Administration to:

Certify that US sanctions will not spread suffering and death among Iranian children.

In 1996, then-Ambassador Madeleine Albright was asked about reports that 500,000 Iraqi children had died as a result of US-imposed sanctions. She replied: “I think this is a very hard choice, but the price – we think the price is worth it.”

Former UN official, Denis Halliday, said US sanctions on Iraq met the formal definition of genocide: “We are now in there responsible for killing people, destroying their families, their children, allowing their older parents to die for lack of basic medicines. We’re in there allowing children to die who were not born yet when Saddam Hussein made the mistake of invading Kuwait.”

We the undersigned believe the US does not need to kill children to achieve any foreign policy goal. US sanctions must be certified not to spread children’s suffering.

Update 10/12/2012: Many of you have had questions about how to sign the petition. The petition can be signed at this White House URL: http://wh.gov/KnnX. But if you have never signed a White House petition, you will need to register first. Here’s the advice from that site’s FAQ page:

1.) Go to https://petitions.whitehouse.gov/user/register and enter your account information there.
2.) You will receive an email within a few minutes asking you to click on a link to verify your email address. Click on the link in the email (or cut and paste it into your web browser).
3.) Once you have verified your email address, you’re logged into the system.
4.) Return to the petition you wish to sign. (http://wh.gov/KnnX)
5.) Click the button to sign the petition.

When you share the petition with other people, please give them the above advice, too. Here are answers to some of the other questions that have been asked:

Q1. Is any group or organization “behind” this petition. A. No, this petition was a spontaneous response, alhamdolillah, to reading Glenn Greenwald’s article, and to the memories evoked by it of the suffering of the Iraqi people.

Q2. Are there any Muslimmatters.org articles from the Iraq sanctions? A. No, MM was not founded until 2007, but there remain on-line numerous excellent articles on the suffering of the Iraqi people, including this 11/13/1998 article published by the Institute for Public Accuracy (IPA), “Autopsy of a Disaster: The US Sanctions Policy on Iraq.”

Q3. Are there more statistics than the 500,000 deaths? A. Yes, plenty of them. For example, the IPA article above includes many references including this one: “October 4, 1996: United Nations Children’s Fund (UNICEF) releases report on Iraq. ‘Around 4,500 children under the age of five are dying here every month from hunger and disease,’ said Philippe Heffinck, UNICEF’s representative for Iraq.”

Q4. Why not simply ask the President to repeal sanctions? A. The goal of the petition is to help prevent present-day Iran sanctions from repeating the human tragedy wrought by Iraq sanctions in the 1990’s. Because “sanctions” are a foreign policy “tool” used by many governments for centuries if not millennia, the President might find many excuses and precedents to “justify” sanctions. However, none of those would justify killing hundreds of thousands of children. The key is to focus the debate on that issue, to bring it back to that issue over and over again, if necessary, so that the President cannot justify those sanctions which wreak devastation upon children.

Q5. Why ask the President to “certify” that the sanctions are not spreading suffering and death? A. When the US Congress wants the President or Cabinet-level officials to conform to specific behavior, Congress often uses the phrase, “certify to Congress.” A casual search of bills before the current Congress reveals some 30 bills with that phrase, “certify to Congress,” including notoriously, page 6 of this example, H.R. 5734. The President will not have a difficult time understanding what the petition asks for, if inshaAllah, it collects enough signatures.

Q6. Why Iran? A. Frankly, because the article that motivated this petition focused on how sanctions in Iran may replicate the humanitarian disaster that took place in Iraq in the 1990’s. Nevertheless, the Iran sanctions are the most publicized and well-known of the present “sanction regimes.” If the US changes its sanctions policy to protect children from starvation and death by privation, then sanctions policy in general may change, which would be a wonderful barakah from this work, bi’idhnillah.

Q7. Do all sanctions cause such dramatic suffering. A. No. When the US places sanctions on a country, those sanctions can be very broad or very specific. Also, the enforcement of sanctions can vary widely and dramatically. Finally, even if one country imposes the harshest sanctions, with the strictest enforcement, the effect of those sanctions may be lessened or nullified if other countries support the sanctioned people. Thus, there are many ways for a government to place sanctions without causing the widespread deaths of innocent children that the US caused in Iraq in the 1990’s. An interesting article on the subject of sanctions generally was published by Slate on 914/1996, and simply titled “Economic Sanctions.” This 8/22/2012 Haaeretz article has nothing to do with Iran, “25 Years After Slapping Sanctions on South Africa, Tables Have Turned on Israel,” but Israel is a perfect example of a country whose children could easily survive sanctions with a little help from its friends. An example of a country that has long-weathered US sanctions because of the trade and compassion of other countries is Cuba.

Q8. Didn’t sanctions against South Africa overthrow Apartheid? There are recent articles discussing the South Africa sanctions. This 3/26/2012 Huffington Post article “Applying the Lessons of South Africa Sanctions to Iran” suggests South Africa sanctions were not beneficial. But for compelling academic arguments, turen to this 1999 paper by Yale University economist, Philip I. Levy, which you can download as a pdf, “Sanctions on South Africa: What Did They Do?” Levy would say, not as much as the fall of the Soviet Union and the widespread collapse of communism.

The Other Side of Muslim Rage