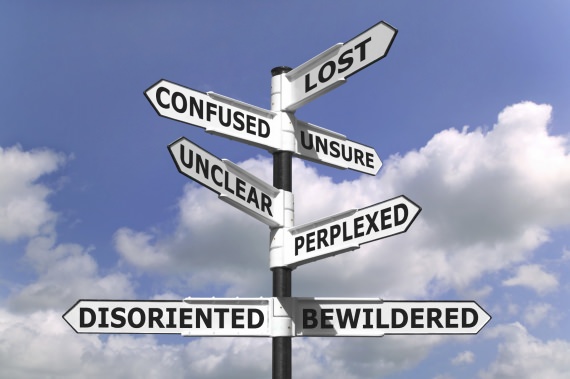 “I’m just calling to let you know I’m not Muslim anymore,” the woman said to me after I picked up the phone, “and I’m cutting off contact with all Muslims except you.”

This was one of the most difficult conversations I’ve ever had.

My heart ached for this woman; I knew her story all too well.

I had been in the “frontline” with her as she tried to find her place in the Muslim community, and repeatedly failed.  Masjid after Masjid, community after community, yet so few were willing to assist her in securing a roof over her head and food each night; and she had been just eighteen years old at the time she was repeatedly turned away.

She had accepted Islam in a small Northern town when she was still in high school, got kicked out of school because she wore hijab, and moved to the D.C. metropolitan area with nothing but her name, her faith in Allāh, and her knowledge that a “strong Muslim community” was there to receive her…

“We don’t discriminate against anyone,” the Masjid administrator said with pride.  Other board members chimed in from time to time. “Sister so-and-so teaches kindergarten, Sister so-and-so works in the daycare, and Brother so-and-so…”

I sat speechless as I listened to them list the commitment of about five “comfortable, happy, dedicated” Americans who worked at their Muslim school or who were regular participants in the community. I felt like I was listening to a Southern self-proclaimed anti-racist in the 1950s tell me their “black folk were happy”, proof being that Black folk smiled at them each day and always “without protest” used the separate Jim Crow facilities.

What made the board’s proclamations so heartbreaking was that they actually believed themselves.

I tried another approach: I mentioned how even non-Muslim communities and schools set up multicultural awareness programs and offered cultural sensitivity training and—

“That’s from jahiliyyah (ignorant of the guidance from God),” a board member said before I could finish speaking.

Though I was deeply offended, I gathered my composure enough to remind myself why I was there.

It was then that I realized I could use this moment to make them understand my point. After all, even word choice created cultural barriers. And since I knew how much brotherhood and sisterhood meant to them, I expressed how their words made me feel as if they were putting up a wall between us.

Little did the board know, I had not called this meeting on my own account; days before, several community members (a multiracial group of mostly converts to Islam) felt I could meet with the board as a “last resort” to help the community. They’d imagined that my good standing in the community would allow the board to hear the concerns with open hearts and ears…

“If you ever have any more concerns,” a board member said as she followed me to the door (The meeting ended once it was clear we were getting nowhere), “feel free to come talk to us at any time.” She wore a broad smile that exuded warmth and kindness. “We’re always open to suggestions.” She placed a hand on my shoulder. “And please know we love you like a sister…”

I tried not to break into sobs right then…

“Were you at Jumu’ah last Friday?” a masjid board member said to another. “Ohhh, it was so beautiful. A young American girl took her shahaadah. We were all in tears…”

It was only by the mercy of Allāh that after the apostate woman and I talked for some time, she decided to come back to Islam. But she remained discontented and distant from the Muslim community after that.

However, her story is actually a rare one. Apostates generally don’t give Muslims phone calls to say “I’m through.” But nearly all apostates give Muslims warning calls before they leave…

The first warning call is quite unambiguous: They ask for help—literally.

How can I learn to pray?

What activities are there in the community?

What do I need to know as a new Muslim?

Do I have to cover?

What do I tell my parents?

Is it true that Islam teaches such-and-such?

Given the popularity of da’wah (inviting to Islam) programs in masjids across America, it’s quite shocking that so few have after-the-da’wah programs. Unfortunately, convincing a non-Muslim to accept Islam is the “end of the journey” in most Masjids…while this moment is just the beginning for the one who accepts Islam.

Too many Masjids are content with providing teary-eyed after-Jumu’ah entertainment for the soft-hearted congregation more than they are concerned with providing a helping hand to the one evoking tears in Muslims’ eyes. I suppose we can’t get enough of hearing that heartfelt “I bear witness…” echoed through the microphone…

But where do all these new shahaadahs (Muslims converts) go after that tearful Jumu’ah?

…One of them gave me a call once to let me know.

My suggestion to any Muslim who wants to help stop the revolving door of “Muslim today, apostate tomorrow” is to get a survival kit—one for yourself and one for the struggling Muslim you meet.

Here’s what your survival kit should contain:

Here’s what their survival kit should contain:

If we keep these “survival kits” on hand and actually use them, perhaps we can help someone on the verge of leaving Islam. Then maybe one day we’ll pick up our phone and hear: “I’m just calling to let you know I’m still Muslim. Thank you for helping me realize I made the right choice.”

And when we get all teary-eyed at hearing this heartfelt testimony, we’ll know we didn’t abandon the one who evoked the tears.

Umm Zakiyyah is the internationally acclaimed author of the If I Should Speak trilogy and the novels Realities of Submission and Hearts We Lost.  To learn more about the author, visit themuslimauthor.com or join her Facebook page.

Being a People Pleaser