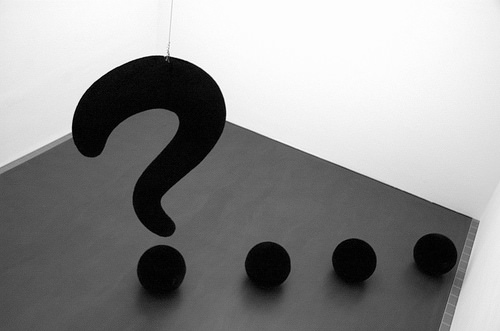 While yes, that is one of the benefits of wearing ḥijāb, that is not the reason why we wear it.

I decided to start wearing ḥijāb the year the Twin Towers fell. I was eleven years old and firm in my decision, but had not yet experienced my “Aha! Islam is the truth!” moment that many “born Muslims” experience at some point. From that point on, I, along with all of my fellow ḥijāb-wearing sisters, became a walking billboard for Islam. I realized that although not all sisters are into da‘wah or want to be explaining and defending their faith all the time, we are all thrown into the da‘wah scene the moment we step outside wearing ḥijāb.

It all started in 7th grade… I was in public middle school and one of two ḥijābis in the entire school. It being the year after 9/11, I was fairly accustomed to filthy looks, “You poor ignorant, oppressed dear!” looks, terrorist comments, and “Go home!” comments, but mostly it was the questions… questions that I did not know how to answer given my age, nor did I have the confidence and firmness of faith to be able to answer with conviction. For example: A couple of days into school, a concerned teacher came to me saying, “Honey, you’re in America now. Don’t you know the Taliban can’t get you here?” I tried to explain that, in fact, I was born in America, my mom was whiter than white can be (and was not even Muslim for that matter), and my wearing ḥijāb had nothing to do with the Taliban, but my response came out sounding like a brainwashed excuse.

Soon after, during P.E. class, I was sitting with a new friend I had made. After walking on the track, I was fixing one of my ḥijāb pins when she turned to me confused, asking, “Waaaait… Doesn’t it hurt when you put those pins on your head?” I attempted to do what I do best and make humor out of the situation, so I sarcastically told her: “Oh no… When we are babies, right after we are born, they drill small holes in our skulls so that we can put pins in them to keep our ḥijābs on later.” The look of complete and utter horror on her face told me she did not catch my sarcastic tone. Oh well, there goes another friend… But the most common question of all, the “Why do you wear that?” question, was one that I would generally shrug off by saying, “Oh I’m Muslim so that’s why I’m wearing this.” And thus began my evolution on how to answer the “Why do you wear that?” question.

As I grew older and hung around different sisters of various ages and levels of Islamic practice, I realized that although my answer to the question was pretty lame, at least it was less confusing than the “It’s for protection” answer that most sisters gave… Okay, okay, I can understand from an Islamic perspective that ḥijāb is a protection from the eyes of non-mahram men, but for a non-Muslim hearing that answer with no further explanation, I can only imagine a couple of options going through their mind:

Option A: “Okay, maybe she means protection from the heat of the sun and skin cancer.”

Option B: “Okay, maybe she means that her father/brother/husband will beat her if she does not wear it, so she has to wear it for protection.”

The reality is that a large number of sisters, ranging in age from pre-teens to older married women, do not know a simple way of answering why we wear ḥijāb.

At some point in my youth, alḥamdulillāh, I was blessed to come into the company of an amazing group of brothers and sisters who were active in the field of da‘wah. They took me and a couple of my fellow youngsters under their wings and began to train us, teach us, and help us become confident in our beliefs and actions.

So why do we wear ḥijāb and how do we answer the “Why do you wear that?” question in a manner that not only explains why, but also seizes a beautiful, golden opportunity to open a da‘wah discussion with someone.

Questioner: “Why do you wear that?”

Muslim Sister: (smiles) “Well, I’m a Muslim, and as a Muslim, the most important thing to me is to believe that God is One and to worship Him alone (tawḥīd mentioned, check). That also includes following the guidelines that God asked of us. The reason I wear this is because it’s something God asked me to do. So that’s the REASON I wear this, however, after choosing to wear it, you realize there are countless benefits that come with it, among them are:

(The following points are ones I’ve found hit home the most with people. At this point, you can gauge what you think will resonate most with the person, and based on the amount of time you have, you can choose to mention some or all of these points)

1. Blessing of modesty: (If the questioner is a woman, going on a modesty rant will usually hit home hard.) This point can go something along the lines of: “When I dress like this, I’m forcing men to look at me for who I am, for my personality, and for what I say, rather than how cute I look that day.”

2. Identifies you as a Muslim: “Wearing ḥijāb identifies me as a Muslim, so anywhere I go, anyone who sees me immediately knows what I believe and what I stand for.”

3. Something found in all Abrahamic religious tradition: “A lot of people are confused by what I wear and find it to be something weird and strange. It’s interesting because if you look at righteous women throughout history, they were always covered in a similar way. Even today, nuns and Orthodox Jews cover their hair.” Many times it’s effective to ask: “Have you ever seen a picture of Mary, the mother of Prophet Jesus?” (Note: This also shows that Muslims believe in Prophet Jesus) “What is she wearing in the picture?” Their jaw drops when they realize she is wearing ḥijāb.

4. Dress code for both genders: “Allah gave both women and men a dress code. The reason it’s different is because of physical differences and differences in the way each gender thinks.”

At the end of the day, although it’s very important to know why we wear ḥijāb and know how to explain it to others, having the answer down is not enough. We know that da‘wah by actions is ALWAYS more. The fact is, when you look the way we do, people are always watching you and what you do. You could act in a certain way or do something good that sticks in someone’s mind and eventually brings them to Islam, or vice versa. This doesn’t mean that we should wait until we get to a “high enough level” before beginning to wear ḥijāb, but it’s merely a reminder for us to remain conscious of our behavior and our actions.

Lastly, as Muslim women, having confidence and being well spoken and firm in our beliefs and actions has a huge impression on non Muslims. It makes them respect you and want to know more, rather than pity you and feel sorry for you.

At the end of the day, it’s all about our actions while wearing ḥijāb, the level of confidence in our demeanor when we explain our religion, the manner in which we choose to wear ḥijāb, and lastly (and least importantly) how we answer why we wear ḥijāb.

The Fate of Prostitutes