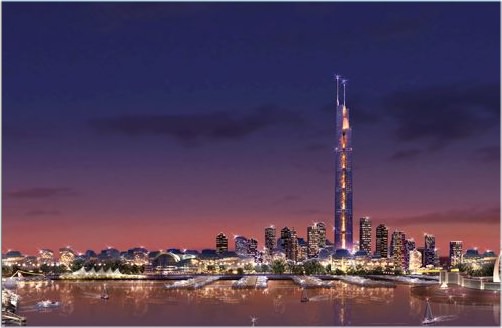 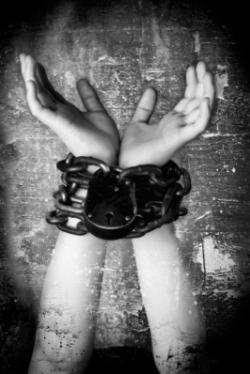 The flourishing of prostitution in Muslim countries is a paradox that we often overlook as a problem of our ummah. As prostitution is condemned and forbidden in Islam, and these women, to an extent, are marginalized and invisible in our community, many of us are not aware of the magnitude and realities of this problem. We do not consider them as a cause worth fighting for as we do for the betterment of the poor, abused, homeless, oppressed and ailing. To make matters worse, misinformation is widespread and the voices of former prostitution victims are systematically silenced.

Among the factors contributing to the widespread practice of prostitution among Muslim countries include:

Majority of us may have the idea that prostitution is a choice and the women enjoy what they do. The reality is quite the contrary for many of them. On many occasions, deprivations, conflicts, and difficult circumstances often lead to desperation, and desperation forces these women into the practice of prostitution. Many are uneducated women who live in poverty and possess few marketable skills. My research finds that prostitutes are many times:

While we criminalize them for living in adultery, spreading diseases, disrupting family institutions, and giving birth to innocent, illegitimate children who suffer for having dishonorable mothers, we fail to see the other spectrum of the consequences of prostitution. The consequences are not only devastating to the society, but also to the prostitute herself as a person. It completely destroys her already shattered life, being reduced down to a depersonalized, sexual object.  She develops a personality where she is unable to develop trust in relationships and slowly numbs herself, to the point where she loses the ability to feign attachments to anyone or anything.  In order to survive this overwhelming, daily ordeal, she dissociates from her real self, originally as a defense mechanism; sadly, it reaches to the point of complete shut down, where she is stripped of her identity, and over time, she disappears.

In addition, where violence against women is considered, prostitution is usually exempted from this category. However, the health effects of prostitution are similar; injuries, infections, and psychological stress are suffered by women subjected to prostitution as well as other forms of violence against women. Apart from sexual violence, prostitutes experience physical violence by their pimps, brothel owners, and clients as a means to keep them under control. Homicide is a frequent cause of death for women in prostitution. They are vulnerable to sexually transmitted diseases, pelvic inflammatory disease, and cervical cancer, not to mention their risk of unwanted pregnancies, which often lead to a lack of prenatal care or unsafe abortions. Moreover, they may suffer from post-traumatic stress disorder, depression, anxiety, and, eventually, may resort to substance abuse as a coping mechanism. The vicious cycle then continues.

I believe that no woman in her right mind would want to be a sex slave.  In  prostitution, research involving nine countries revealed that when the prostitutes were asked, ‘What do you need?’, 89% responded that they desired to ‘leave prostitution’ (Farley, 2003). This was followed by ‘job training’, ‘home or safe place’, ‘health care’, ‘individual counseling’ and other supportive measures. 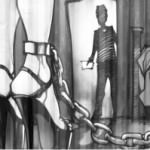 But what about those women who openly confess they enjoy being prostitutes? Let it be known, few prostitutes who have come to profit from advocating the legalization of prostitution, writing columns in porn magazines and websites, and scheduling appearances on talk shows should not hold water to the overwhelming number of prostitutes who silently suffer from prostitution. Some leading pro-sex work advocates of legalized prostitution have been convicted on pimping charges although they themselves claim that they are common prostitutes and are not involved in organizing crimes against prostituted women. Even sex worker rights leader, Carol Leigh, has said herself in a 2004 debate, “95% of my friends want out of prostitution.”

Recently we interviewed a prostitute new to the ‘job’, joining this year. She is a 29-year old single mother, divorced, with three children, and with no financial support. During the day she takes care of her children, and at night she leaves them with her sister and goes to ‘work’. Every night she goes to her pimp’s house which serves as a prostitution site and meets her clients there. On average she has three clients per night, majority of whom are married men. When we asked her why she chose this job, she replied that it’s the only suitable job for her that pays enough to support her children. When we asked her whether she wants to get out from it, she answered “if it’s possible I want to stop doing this right this moment. I live in constant fear and worry that I might be caught by authorities”.

Fortunately, prostitution is illegal in most Muslim countries, the exceptions being Turkey and Indonesia.  However, despite its illegality, there are hubs in our own soil making millions out of the industry. Inadequate law enforcement, economic instability, poor planning to improve standards of living, and the community turning a blind eye to prostitution make this problem difficult to control. Moreover the pimps and traffickers bribe authorities to sustain the illegal operations, and there are even authorities who take advantage of the prostitutes. The woman I mentioned earlier told us that there were police and even religious officers who come to them as clients.

What can we do to help?

In regions where prostitution remains legal, it may be easier to reach out to them because they are registered under the profession and therefore can be identified. For example, in Turkey, sociologists and psychologists interviewed 3,000 registered prostitutes working at brothels to determine whether they had been forced into the job and if they would prefer another line of employment. 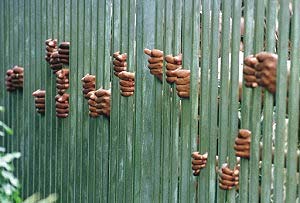 On the other hand, where prostitution is generally illegal, it is difficult and rather unsafe to reach them. Many things can happen if you are at the wrong place at the wrong time. They fear that ‘outsiders’ would turn them in to the authorities to be penalized, especially the prostitutes who are linked to pimps, traffickers, and corrupt officials.  There was a case in Iraq in 2008, where Soran Hama, a journalist of the Kurdish Lvin magazine, was shot by unidentified gunmen in front of his house weeks after he had written a detailed report on police involvement in a major Kirkuk prostitution ring.

What we can do to reach out is put them in contact with experienced volunteers from reputable organizations such as NGOs working on reproductive and health education, or NGOs that conduct programs to keep children from red-light districts in school. By slowly reaching out and engaging with them, it is hoped that mutual trust can be built and they can be convinced that a way out is possible, that there are people who would support them and give them protection, that there are people who will not judge and stigmatize them.

We should include them in income-generating programs so that they can have a regular income, which hopefully would decrease the chance of them resorting back to prostitution. Sponsorship should be raised to enable their children to attend and stay in school, as education plays a vital role to break them free from the poverty trap and further prevent them from entering prostitution.

On a larger scale, there should be a focus shift to criminalize the buying rather than the selling of sex. The burden of punishment should be on the clients who perpetuate the sex trade rather than the women who are trapped in the situation. For example, in Sweden, prostitution is officially acknowledged as a form of male sexual violence against women and children. Swedish policy addresses the issue of prostitution and trafficking by focusing on the root cause, and recognizing that without male demand and use of women and girls for sexual exploitation, the global prostitution industry would not be able flourish and expand. As a result, street prostitution has diminished. Granted, critiques have been directed to the government for making prostitution go underground and sex being sold over the internet is a growing problem; at least sources of evil cannot be accessed easily.

Rather than consistently playing the blaming game and condemning them to hell, as a community we should take whatever measures necessary to assist them to escape prostitution. These desperate individuals need our help and understanding in order to believe they can lead better lives.  They need to be pulled out from the pit so that they can regain their dignity, integrate back into society, and return to their senses, rest assured that Allah and their Muslim brothers and sisters have not neglected them.

Indeed, those who like that immorality should be spread [or publicized] among those who have believed will have a painful punishment in this world and the Hereafter. And Allah knows and you do not know [24:19].