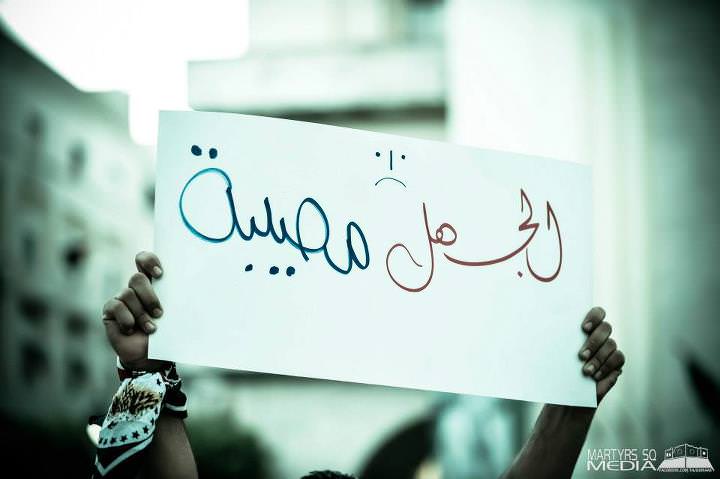 There is perhaps no other area of the world that can dominate a string of news cycles like the Middle East. Getting the world’s attention, it seems, is the easy part. Getting it for the right reasons? That’s another story.

After the positive and hopeful coverage of last year’s popular uprisings, there was cause to believe that perhaps the tide had shifted, that no longer would coverage of the region hinge on violence and anti-American discord. Syria, however, thoroughly undid this hope in the first instance, with this past week’s events dismantling the latter optimism.

So here we are again. The brief epoch of peaceful Muslims of all stripes seeking freedom has degenerated back to archetypal scenes of angry Muslim mobs.

How did this happen?

Much about the embassy attacks and the film that spawned them remains unclear. From the outset, however, familiar themes were apparent.

It’s entirely likely that this obscure anti-Islam film – supposedly the reason throngs of Muslims were driven to protest in over forty cities – would have maintained its complete and utter insignificance had it not been for the broadcast team at the Salafi affiliated Al-Nas channel in Egypt. On Sunday September 9th, Khaled Abdallah, one of the stations premiere commentators, aired clips of the Arabic-dubbed trailer for “Innocence of Muslims” following which his co-host voiced, in a blatantly accusatory tone, questions about the linkages between the Coptic Christian ex-pats in America thought to be behind the film and Coptic institutions in Egypt. Indeed, this sort of provocation is nothing new for the channel – less than a week prior to this airing, a formal complaint was lodged against Al-Nas for controversial remarks against Copts made on Sheikh Khaled’s talk show.

Word of the film then spread widely. Nader Bakkar, spokesperson for the Salafi Al Nour party, subsequently called for protests at the US Embassy and even declared that the film, which was still hitherto almost entirely unknown across the Atlantic, was actually broadcast on American channels. Whether he misunderstood, misconstrued or outright lied about the facts, Mr. Bakkar’s aggrandizement of the film was hardly unique. Indeed, many protesters echoed and even enhanced this line of thought, claiming that the US government was actually behind the film’s production.

And here is real crux of the matter, the genesis, the agent zero, the sine qua non of this whole affair:

Exaggeration and expertise (ON EVERYTHING) are in our essential make up. “I don’t know” or “I have nothing to say” or “Did you verify that?” are simply not part of the Egyptian lexicon. Instead, we get “I heard from Ahmed who heard from Jamal who read on the Internet that [INSERT CRAZY NUTJOB CONSPIRACY THEORY].”

It’s important to note here that the Internet, I would argue, is more catalytic than causal. That is, it enhances the conspiratorial impulse in Egyptians rather than initiates it. Long before the Internet hit the scene, conspiracy was the default and the burden of proof was on you to prove otherwise. This is clearly the prism through which the early promulgators in the Egyptian media – both mass and social – filtered news of this film. Now, I’m now saying that Sheikh Khaled had any dubious intentions, political or otherwise, in bringing this film to light. What I am saying though is that the culture in Egypt of speak first, get facts later was patently in play.

So a Coptic Christian extremist puts together a crudely made and even more crudely conceived film, and that’s cause to demonize his coreligionists and his faith altogether?

So an American provokes a reactionary response and we oblige by attacking the installments of a government that had nothing to do with his provocation? And we do this on September 11th?!?

All this would be painfully ironic if it wasn’t so nakedly hypocritical.

Honestly, where do we get off complaining about the way Muslims are perceived when we project the very same stereotypes and rash judgements any chance we get? This hypocrisy goes hand in hand with the hyperbole complex and each are branches of this greater victim mentality that permeates Egyptians, yes, but really Muslims on the whole. We see a need to spread half-truths that fit some fantastical anti-colonialist framework while simultaneously exercising the power that’s within our means in destructive ways.

And so we preach one way, practice another, and claim to do so in the name of the Prophet

who reserved some of the strongest words for the hypocrites of our community.

So now, after the protests, violence and death, are we any better off than had we simply ignored this blasphemous speech? Did not our actions simply embolden the next provocateur now that he knows all that it takes to send the Arab populace into mayhem is a camcorder and a YouTube account? Would it not have been better, as it always is, to heed the guidance of the Quran?

“O you who have believed, if there comes to you a disobedient one with information, investigate, lest you harm a people out of ignorance and become, over what you have done, regretful.”  [49:6]

“O you who have believed, avoid much [negative] assumption. Indeed, some assumption is sin. And do not spy or backbite each other. Would one of you like to eat the flesh of his brother when dead? You would detest it. And fear Allah; indeed, Allah is Accepting of repentance and Merciful.”  [49:12]

If indeed we do take the Prophet

as the best of men, then let us not set aside his example when we are in most need of it.

If you wish to defend the Prophet

, do so with the etiquette and manners of the Prophet

Mocking the Prophet, How Should We React?