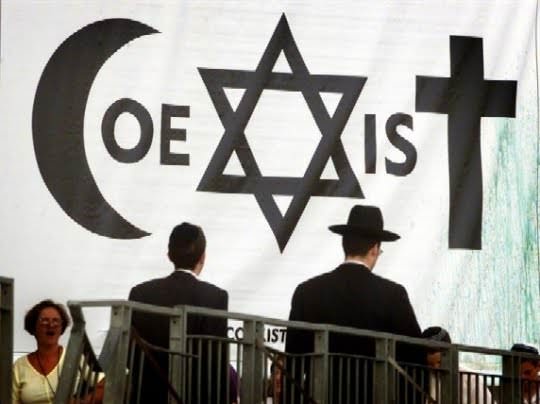 How should we Muslim react to mockery of our Prophet Muhammad

or should we even react at all?

Just like the cartoons few years ago, the Muslim response to the recent film has been very diverse.  From the very mild of responses to the very violent ones, what’s most noteworthy is the enormity of the response.  Despite the consensus that the film did not deserve the attention it was getting, social media kept being flooded, and still is, with messages defending the Prophet

.  So, before another incident of mockery takes place, since it seems that it’s only a matter of time before someone else tries to play on the sensitivities of Muslims, let’s take some time to examine what the Qur’an has to say about this very issue.

Mockery is Tantamount to Ignorance

Almost every Muslim knows the story of the Cow (Sūrat’l-Baqarah).  After all, the longest chapter of the Qur’an is named after this story.  To get to the gist, there was an unsolved murder that happened among the Children of Israel during the time of Moses [as] (Mūsa).  So Allah revealed to Moses that in order to solve the murder your people have to slaughter a cow.  Of course, when Moses told his people of God’s command, their first reaction was shock and disbelief (e.g. what’s slaughtering a cow got to do with solving a murder?).  The Qur’an says:

“Remember when Moses said to his people, ‘God commands you to sacrifice a cow’, they said, ‘are you making fun of us?’  He answered, ‘God forbid that I should be so ignorant’” [2:67]

So initially, the Children of Israel thought that Moses was mocking them.  But Moses quickly corrected that mockery could never come from a Prophet and he distanced himself from such an act by the expression familiar to Muslims “I seek refuge in God from”.  But what we usually miss from this verse is the fact that Moses equated mockery to ignorance.  So a learned man (or woman) should never mock anyone or anything under any circumstance.  So the next question becomes, how do we deal with ignorance or ignorant people?

The Qur’an tells us to dismiss the people of ignorance and not to give a lot of attention to them.  It asks us to not engage with them in any conversation, except perhaps to safeguard ourselves from greater harm.  For example:

This is such an important matter that the Qur’an makes it one of the traits of the People of God:

“The Servants of the Lord of Mercy are those who walk humbly on Earth, and who, when the foolish address them, reply ‘Peace’” [25:63]

The scholars of Qur’an have differed on the meaning of “peace” here.  Some take it literally that you simply say the Muslim greeting of “Peace”.  But others have argued that “Peace” here means that you end the conversation in a peaceful manner.  Regardless of the difference in interpretation, I think we can all agree that the message of the Qur’an is to ignore the ignorant.

On the other hand, we see the Qur’an encouraging us to engage with the people of reason and to even debate them if they have a different point of view:

“Call people to the way of your Lord with wisdom and good teaching, and argue with them in the most courteous way” [16:125]

I mention this here so no one comes and says that Islam forbids conversation with “others.” In fact, Islam encourages debate and the exchanging arguments.  But people who mock a religious symbol are not interested in debate or logical arguments.  It is the lack of logical arguments that makes them resort to mockery in the first place!

Spare Me the Mockery

We can’t leave this subject without contemplating a very interesting verse that speaks to the heart of the issue at hand.  This verse address the Prophet Muhammad

In essence, the Qur’an is telling us that when it specifically comes to the issue of mocking the Prophet [SAW], which is exactly the issue that we are dealing with today. Don’t take matters in your own hands, rather, God will take care of those who mock the Prophet.

A Call to Respect the Sanctity of Faith Symbols

Lastly, another very interesting and very relevant verse to this discussion in the Qur’an says:

“Do not revile those they call on beside God, so they, in their hostility, revile God, without knowledge” [6:108]

The direct meaning of this verse is that reviling, insulting, or cursing the idols is prohibited because indirectly we are causing our God to be reviled, insulted or cursed.  No matter how much we disagree with idol-worship, we cannot mock, insult, or curse idols, idolaters, or idol-worship.  This verse is also teaching us that there are always consequences to our actions.  Just like we hold our religious symbols very dear to our hearts and we consider them holy or untouchable, people of other faiths will feel the same towards their religious symbols, no matter how ridiculous those symbols may seem to us.  Therefore, we should have mutual respect of religious symbols in order to live together in a civilized manner.  At the least, we should, as they say, respectfully disagree.

The Summer of Islamophobia and the November Election