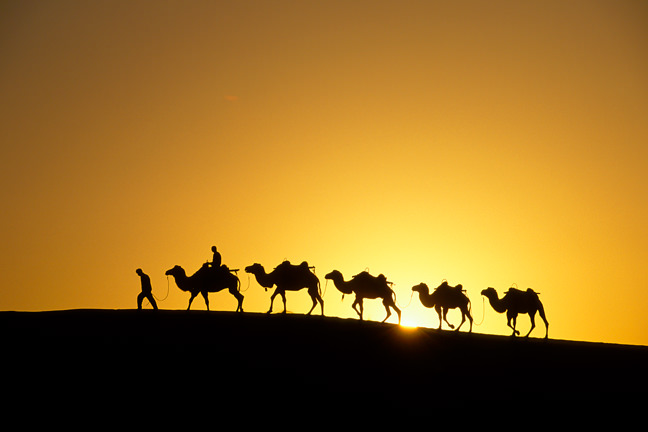 One of the five main principles upon which Islamic law is based (i.e., the Legal Maxims, or al-Qawāʿid al-Fiqhiyya) is: “Difficulty begets ease” (al-mashaqqa tajlib al-taysīr). This principle is manifested throughout all of the rules of fiqh, and in particular that of travel (safar). A traveler may shorten the prayers (qasr), combine them (jamʿ), and be legally permitted to break the fast of Ramadan (fiṭr).

There are explicit evidences from the Quran, the Sunnah, and unanimous consensus of the scholars of Islam that allow a traveler to shorten his or her prayers.

The Quran says, “And if you travel in the land, there is no sin on you that you shorten your prayers (taqṣurū min al-ṣalāt) if you fear that the unbelievers may harm you.” [Sūra al-Nisāʾ:101].

The verse seems to suggest that ‘fear’ is a necessary condition, along with travel, in order to shorten the prayer. However, even though the verse mentions ‘fear’ as a condition, it is no longer a requirement.  ʿUmar b. al-Khaṭṭāb was asked how it was still permissible to shorten prayers even though there was no ‘fear’ remaining. He replied, “I asked the Prophet salla Allahu ʿalayhī wa sallam the exact same question, and he said, ‘This is a charity that Allah has given to you, so accept His charity’” [Reported by Muslim]. In other words, Allah has graciously lifted the condition mentioned and allowed Muslims to shorten even if there is no fear of impending attack by enemy forces.

It is narrated in numerous traditions that the Prophet salla Allahu ʿalayhī wa sallam would shorten every four-unit prayer to two-units whenever he was traveling – in fact, he never prayed any four-unit prayer while in a state of travel.[1]

Hence, there is unanimous consensus amongst all the scholars of Islam that a traveler who is undertaking a legitimate journey may shorten the four-unit prayers to two.[2] [Note that the issue of combining (jamʿ) is a separate one, and there is a difference of opinion regarding the permissibility of combining prayers while traveling].

The question that arises, however, is: when does one legally become a ‘traveler’? And for how long may one continue to shorten the prayer?

To answer this question, we will divide this article into two sections. Firstly, we shall discuss the opinions of scholars regarding the distance that constitutes ‘travel’. This will also require us to go into a tangent and convert the distances narrated in the classical and medieval textbooks into modern measurements. Secondly, we shall discuss the opinions of the scholars regarding the time-duration that is required for the status of a traveler to change into a resident once he arrives at some destination.

1. The Distance that Constitutes ‘Travel’

The distance that constitutes ‘travel’ is one of the most highly contested issues amongst the early scholars of Islamic law, so much so that Ibn al-Mundhir (d. 310/922) mentioned close to twenty opinions on this matter. For the purposes of our article, we shall concentrate on the four most famous opinions.

What is meant by a ‘three-day journey’ is the distance that a traveler on a camel of average speed would traverse in three complete days.

This is the position of the Companion Ibn Masʿūd, some of the famous scholars of Kufa such as al-Shaʿbī (d. 105/723) and al-Nakhaʿī (d. 96/714), and the standard position of the Ḥanafī school of law.

They based this figure on the famous hadith in which the Prophet salla Allahu ʿalayhī wa sallam said, “It is not allowed for a woman who believes in Allah and the Last Day that she travel for a distance of three days without her father, son, husband, brother or any maḥram” [Reported by Muslim]. They reasoned from this hadith that the Prophet called the distance of ‘three days’ a ‘travel’, hence this can be taken as a definition for what constitutes traveling.

Another evidence that they used was the hadith pertaining to wiping over the socks, in which the Prophet “…allowed a traveler to wipe over his socks for a period of three days and nights” [Reported by Muslim]. The Ḥanafīs reasoned that since the Prophet salla Allahu ʿalayhī wa sallam set a particular time limit in place, this demonstrates that anyone traveling a distance less than a three-day journey would not be allowed to wipe over his socks, which would then imply that he would not be a traveler.

This is the famous opinion of the Ḥanbalīs, Shāfʿīs and Mālikīs (note that even within these schools there are other opinions as well, as shall be pointed out in the next section). This opinion has also been reported from Ibn ʿAbbās, Ibn ʿUmar, Ibn Shihāb al-Zuhrī (d. 129/746), and others. From amongst the modern scholars, this is the opinion of Ibn Baz (d. 1999) and the fatwa of the Permanent Committee of Scholars of Saudi Arabia. It is claimed that this is the majority opinion of the classical scholars of Islam.

Their evidence is the fact that the Prophet salla Allahu ʿalayhī wa sallam said, “It is not allowed for a woman who believes in Allah and the Last Day that she travels for a distance of two days without a maḥram” [Reported by Muslim]. They also used the action of Ibn ʿUmar as an evidence, for it is reported that he would shorten his prayers if he traveled the distance of four barīds (i.e., two days, as we shall discuss later in this article) [Reported by Imam Malik in his Muwaṭṭa].

This was the opinion of Imam al-Bukharī (d. 256/869) which he explicitly mentions in hisṢaḥīḥ. It has also been attributed as a second opinion within the three schools of the last opinion (viz., the Ḥanbalīs, Shāfʿīs and Mālikīs). [It will be explained later why this second opinion for these three schools is not in essence different from their first one].