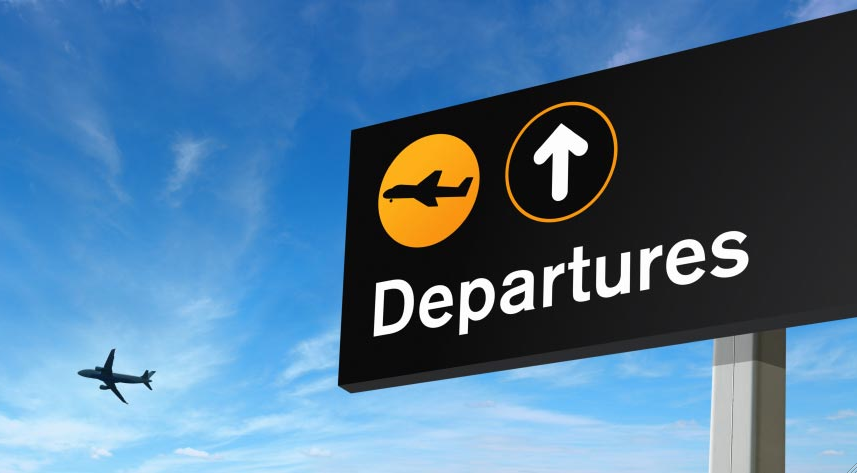 1.5 The Distance in Modern Measurements 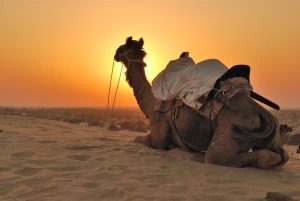 The standard units of measurement for travel during early Islam were thefarsakh and the barīd. However, the Prophetic traditions use the term ‘day’s travel’. So the first issue at hand is to convert the Prophetic ‘day’s travel’ into the classical terms of farsakh andbarīd. Before we even begin that, let us first define these terms and establish a relationship between them.

A barīd was a distance that a messenger could travel before he needed to stop to allow his animal to rest. If the message was urgent, then at the end of every barīd there would be a fresh animal waitingfor him. Eventually, the term began to be applied to the ‘messenger’ himself and then to the actual ‘message’, hence modern Arabs still call the postal service ‘barīd’.[1]

A farsakh appears to be a Persian measurement that the Arabs adopted (it was also adopted by the British and called a ‘league’). Most early works mention that four farsakhsmake up one barīd.[2] So it can be said that each barīd is divided into four smaller units of afarsakh (plural is farāsikh).

So far, so good. Now the real confusion begins.

The first real issue is: How many barīds can be traversed in a 24-hour period? Unfortunately, this is not something that is unanimously agreed upon, and it is this difference of conversion that results in one difference of opinion over the number of days required to consider someone a ‘traveler’.

Collectively, the Ḥanbalīs, Shāfʿīs and Mālikīs all agreed that the distance of ‘travel’ wasfour barīds. However, they disagreed amongst themselves as to what exactly this meant in terms of ‘days of travel’. Some within these schools said that in any 24-hour period, a maximum of two barīds could be traversed; other scholars within these same schools, however, said that four barīds could be traversed in one 24-hour period. It is because of this conversion difference that these three schools of law had opinions of both one-day and two-days as being the minimal amount of ‘travel’.

What is important for us to note is that these three schools were in agreement with the limit as being ‘four barīds’.

Therefore, for the ‘three schools’,

This is the opinion of the schools of law other than the Ḥanafī school. As for the Ḥanafīs, they also disagreed regarding how many farsakhs can be traversed in a day [and there is significant disagreement amongst their own scholars as well].

In order to simplify matters, the majority opinion within the Ḥanafī school appears to be that five farāsikh can be traveled in a 24-hour period [note that some Ḥanafī scholars said six, some said seven].[3]

Thus, for this school:

Ironically, even though the Ḥanafīs have a larger quantity in terms of travel days, because the actual journey traveled per day is shorter, the net difference was not of great significance.

Therefore, in the end, all four schools of law are relatively close to one another in terms offarāsikh (16 or 15).

The second dilemma that we face is: How exactly does one translate a farsakh into the modern measurements of miles and kilometers? Obviously, depending on one’s estimate of a farsakh, the distance of a day’s journey will vary accordingly.

Here is where we encounter our first serious problem.

We begin by pointing out that many medieval texts define a farsakh as being ‘3 mīls’. Mīl is, of course, how the Arabs pronounce the word ‘mile’. This would be absolutely perfect, until we understand that this mīl is not the equivalent of the modern ‘mile’! It appears that the Arabs got this word (as did the Romance languages) from the Roman mīllia, which they (i.e., the Romans) measured as a thousand paces by foot.  A ‘pace’ was defined to be a full stride of a Roman soldier (in our understanding, that would be two steps, one with each foot). It has been estimated that this ‘Roman mile’ was actually around five-thousand feet (in our current understanding of ‘feet’). It was only centuries later that the English Parliament standardized the exact length of miles and feet, and decreed that 1 mile = 5280 feet (around 1.6 km). [Why and how they came up with number is really beyond the scope of this article – our readers are already confused by now, and those who are interested may look this tidbit up in any encyclopedia].

While the Arabs took the name from the Romans, they did not take the same measurement. It is also claimed that the Roman soldier’s step was considerably larger than the average step of other ethnicities, especially those who had shorter statures.

The Roman mīllia was adopted by many different cultures. Therefore, to distinguish this Arab version of the mile from other adopted versions,  it was called the ‘Hashemite mile’. Other versions of the mile were the Russian, the Danish, the Portuguese, and the German (not to mention the Nautical Mile, which is different from land equivalents).

Our scholars did attempt to define this Hashemite mile (a.k.a. a mīl); however, in the days before scientific measurements and  international treaties that governed such matters, they could not come up with a unified definition. Some classical texts mention that a mīl consists of twelve-thousand steps; others claimed that a mīl was as far as the eye can see; yet others claimed that it was the distance where one could recognize a figure of a human in the distance but could not tell whether it was a male or female.[4]

What is clear from all of this is that not only is a mīl undefined, even if one of these definitions were to be taken, it would not be scientifically precise. The bottom line is that the Arab mīl, a.k.a. ‘Hashemite mile’, had never been scientifically defined. How could it, in an era before the Newtonian scientific revolution that we are all familiar with and upon whose standards we conduct experiments?

In the 16th century, the British parliament offered a precise definition that has stuck to this day: that 1 mile = 5280 feet (around 1.6 km).  Remember that this conversion factor was a relatively recent one, offered by the British. However, when some of our modern scholars attempted to then translate these ancient distances of farāsikh and barīd into modern units, they appeared to have read in the British conversion units into the ancient terms. Hence, they simply ‘chugged and plugged’ away, using the ancient definition of one farsakh being three medieval Hashemite mīls, and every ‘mile’ (sic.) being 5280 feet. Thus, they moved from an ancient term (farsakh) to a medieval one (mīl) to a British definition of another (mile).

This was not the only attempt to translate the farsakh into a recognizable unit. The famous scholar Ibn ʿAbd al-Barr (d. 463 AH) stated that a farsakh is roughly 10,500 ‘arm-lengths’ (dhirāʾ).[5] Very well, but what does that mean for us in our units of measurement? An average arm-length has been estimated in our times to be around 48 centimeters (i.e., 0.48 meters).[6] It appears that a large group of later scholars accepted Ibn ʿAbd al-Barr’s conversion factor and based modern calculations on it.

Hence, plugging and chugging away:

– With the conversion factor of Ibn ʿAbd al-Barr:

– With the conversion factor of al-Nawawī:

For reasons that I could not understand, the modern Ḥanafi position typically calculates a distance of 15 farsakhs to be 77 km (or 48 miles).

Now that we have successfully (?) translated these ancient units into three possible distances (and note that there are even more possibilities if we were to discuss other conversion factors), let us return to the issue of the distance required for one to be considered a ‘traveler’.

Now that we have discussed the actual distance of these measurements, let us return to the original question: which of these opinions appears to be correct?

The strongest opinion – and Allah knows best – appears to be the last one (viz., that a traveler is one who customarily understands his situation to be one of ‘travel’), for a number of reasons:

[2] ‘Most’ because there is also an opinion that two farsakhs make up a barīd.

Related Topics:FiqhprayersafarsalahtravelYasir Qadhi
Up Next

The Authority of the Mufti