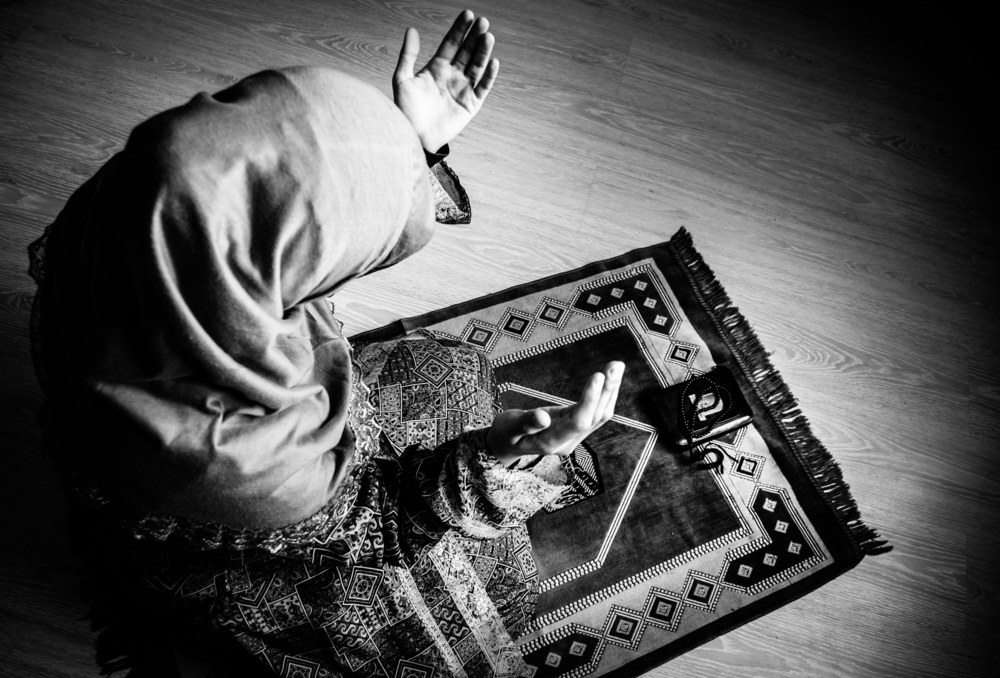 Some information has been adapted from the following sources: Closed Doors and Opened Eyes: Spirituality for the Non-Fasting by Shazia Ahmad & A Muslim Day in Ramadan – Morning till Evening by Sh. Riad Quarzazi. Previously published in Sisters Magazine August 2011 Issue

While others will be busy in acts of worship such as fasting, praying, reading Qur’an, etc., most women will spend a portion of Ramadan in the state of menstruation (or postnatal bleeding), leaving them unable to participate in the aforementioned activities.

It is not easy to stay positive at times like these, especially when we see those around us rushing to masaajid for taraweeh prayers, spending time in ‘itikaaf and reciting the Qur’an. This can lead us to feeling deprived of the reward of this blessed month, and often this feeling ends up decreasing our spirituality rather than increasing it.

This same message was conveyed to us by Ayesha radi Allahu ‘anha via the hadith of the Prophet sal Allahu alayhi wa sallam.

Ayesha narrates that, “We set out with the sole intention of performing Hajj and when we reached Sarif, my menses began. The Messenger of Allah sal Allahu alayhi wa sallam came to me while I was crying and asked, ‘What is the matter with you? Has your menses started?’ I replied, ‘Yes.’ He said, ‘This is something which Allah has destined for the daughter of Adam.’” (Al-Hakim)

Islam is the straight path that leads to the pleasure of Allah subhanaa wa ta’ala and ultimate success in the aakhirah. However, praise be to Allah, the path of Islam is broad, i.e. there is a huge variety of good deeds one can do to come closer to Allah subhaana wa ta’aala. Likewise, there are many other ways of achieving spirituality while we are on our menses (or going through postnatal bleeding) besides salaah, siyaam and ‘itikaaf. This was exemplified for us through the practice of the wife of the Prophet sal Allahu alayhi wa sallam.

Narrated Maimuna, the wife of the Prophet sal Allahu alayhi wa sallam, “During my menses, I never prayed, but used to sit on the mat beside the mosque of Allah’s Apostle…” (Bukhari)

Here are a few practical suggestions of good deeds that a Muslimah can do while she is menstruating or has postnatal bleeding.

At the time of the adhaan:

When you wake up:

In the Morning (after fajr) / Evening (before maghrib):

Other acts that you can do:

In your own time:

I sincerely pray that this Ramadan all of us witness an increase in our spirituality and a betterment in the relationship we have with Allah subhaana wa ta’aala. May Allah allow us to witness the blessed month of Ramadan and give us the opportunity to perform acts of ibaadah that weigh heavy on the scales on the Day of Judgment, ameen.

[1] These ideas were co-opted from Sr Shazia Ahmed’s article which can be found on SuhaibWebb.com.

Other posts of interests for sisters:

How to Memorize the Qur’an and Not Forget it!