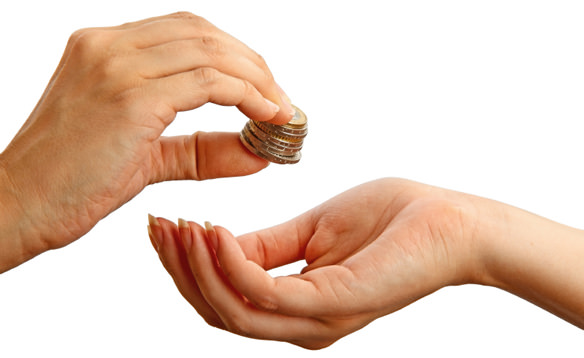 Ill fares the land, to hast’ning ill a prey,

Where wealth accumulates, and men decay;

In his final book, Ill Fares the Land, Tony Judt laments the materialism and selfishness he saw destroying the very fabric of modern society. Were we to summarize the dire message that Judt is sending in the last published work before his death, it is that individual greed has devastating social and political consequences. In Judt’s assessment, if those consequences are not arrested soon, a meaningful and fair politics, one of the critical foundations of civilized human life, may no longer be possible.

Unfortunately, in the reckless pursuit of ever more wealth, far more than our social and political systems are imperiled. Mother Earth screams for relief, as more and more resources are squeezed from her generous though not inexhaustible  bosom. As for us humans, we find ourselves entering into an uncharted nether land where quantity becomes the measure of all things, even those whose essence can only be found in their quality. One of the consequences of this situation, in Judt’s words, “We know what things cost but have no idea what they are worth.”

It is in this light that I reflect on the great blessings of Ramaḍān, whose incomparable days and nights have now arrived. Ramaḍān is a time of fasting, prayer and the Qurʾān. These are its most readily observable distinctions, and rightly so in light of the great emphasis both the Book of Allāh and the prophetic tradition places on them. However, the sacred month is also one of spending and charity. The charity of Ramaḍān, like the spirit from whence it emerges, allows us to move beyond the costs of things, and helps us get back into contact with their worth.

The Prophet Muhammad is described as being the most generous of all humans ordinarily. During Ramaḍān he was especially charitable. One of the reasons for this is that during Ramaḍān the Angel Gabriel would visit him and review the Qurʾān with him. During this process, the Prophet would pass by the verses both encouraging and mentioning the virtue of charity. For example: “…and they spend from what we have bestowed upon them (2:3); “…and they spend [their wealth] despite their love of it (2:177); “O Believers! Spend from what we have bestowed upon you before there comes a day when there will no commerce… (2:254); “You will not attain righteousness until you spend of what you love… (3:92)”; and so on.

When these meanings entered the heart of the noble Prophet they did not fail to engender commensurate actions. This is one of explanations the scholars give for the munificence displayed  by the Prophet during Ramaḍān. When he was ordered by his Lord to be charitable, he heard and he obeyed. We should all ask ourselves, “As we read, listen to and ponder the Qurʾānic message during Ramaḍān, what is our response? We hear, but do we obey?”

The Prophet’s response of unbounded generosity helped to usher in a new era in human affairs. Alms were instituted as an obligatory aspect of the faith and charity was encouraged to such an extent that it was considered an indispensable part of proper Muslim teachings, even though it was not a binding obligation. As a result, incredible institutions appeared, which helped to give Islamic Civilization its unique and rich flavor. Hostels and hotels dotted the roadsides of Muslim lands to assist the wayfarer onwards towards his destination -free of charge. Charitable foundations were created to provide food and clothing for the poor -without cost. Schools, colleges and universities provided a free education for students up to the highest levels of learning. Hospitals treated the sick or injured free of charge.

Even retired horses were provided pastures to live out their days at no cost to their owners. Children who broke a valuable vessel or dish while running errands would not be charged to replace them; there was an endowment established for that purpose. Private wealth, while respected, was shared and the Qurʾānic urging that it “not just circulate between the wealthy among you” (59:7) was reflected in the structure of Muslim societies.

These socioeconomic realities did not produce a cornucopia of wealth nor was poverty eradicated in its entirety. However, the gross inequalities between the superrich and the overwhelming majority of people in most nations, along with the economic marginalizing of entire populations that we are currently witnessing, did not exist.

For example, currently, in the United States, the top 1% of the population controls over 40% of the financial wealth compared to just 7% of that wealth controlled by the bottom 80%. Correspondingly, the disappearance of America’s manufacturing sector has created a situation where unemployment among urban African American youth in most northern ghettos, areas that once attracted large numbers of unskilled African Americans to man an expansive network of factories, hovers between 50% – 65%. In some countries, such as Mexico, the vagaries of neoliberal economics have eliminated entire economic sectors, such as the campesinos, who once grew corn for a living.

One of the reasons that Judt identifies for the current crisis is a lack of political will. It is easy to understand why the political will would be lacking in an environment of corruption that lavishly rewards the politicians who help facilitate the current plunder. However, there is another reason for that lack of will, which is rooted in the nature of the virtue from which charity emerges. Charity is predicated on courage. In this sense, it is not surprising to know that the Prophet was the most generous of people, when we learn that he was also described as the most courageous of all people.

A charitable person does not fear the consequences of poverty. This is particularly true when one’s reliance of Allāh is complete, as was the case of the Prophet. The qualities of munificence and courage are combined in a narration describing the aftermath of the Battle of Hunain. It is related that following that encounter a man approached the Prophet and was given a valley filled with sheep. The man returned to his people and beseeched them, “O people, accept Islam! For Muhammad gives like a man who does not fear poverty.” (Muslim, 4282)

Again, we should ask ourselves, “What is the nature of our giving, and how many times have we missed an opportunity to be charitable fearing that we could possibly lose our source of income or were simply afraid that if we give we might find ourselves inadequately prepared for a future “rainy day?” Saying this is not to encourage irresponsible spending or unplanned living. Umar is reported to have said, “Good planning is half of one’s worldly existence.” We mention this as a reminder that we have to constantly measure our own actions against the prophetic standard. The closer our actions, words and states approximate those of the blessed Messenger the greater will be our impact on the world.

Just as charity connects the believer with his or her society, in a healthy fashion, it also strengthens the bond between the believer and his or her Lord. The Prophet mentioned that charity is a proof, that is to say a proof of the soundness of a believer’s faith and the strength of his or her trust in God. As we mentioned earlier, we are told in the Qurʾān that we will not attain righteousness until we spend of what we love. In other words, we have to be willing to part with some of our dearest possessions, for the sake of others, if we want to have a strong relationship with God.

All of these teachings place Muslims, as a community, in an incredible position to be the advocates and harbingers of a set of economic principles and practices that can represent a source of hope for the rapidly expanding masses of impoverished, marginalized and increasingly disenfranchised people. Let us approach Ramaḍān bearing that in mind and in our own unique ways begin the process of social, economic and spiritual change. If enough of us do so, by the Grace of God, the land may yet fare well.