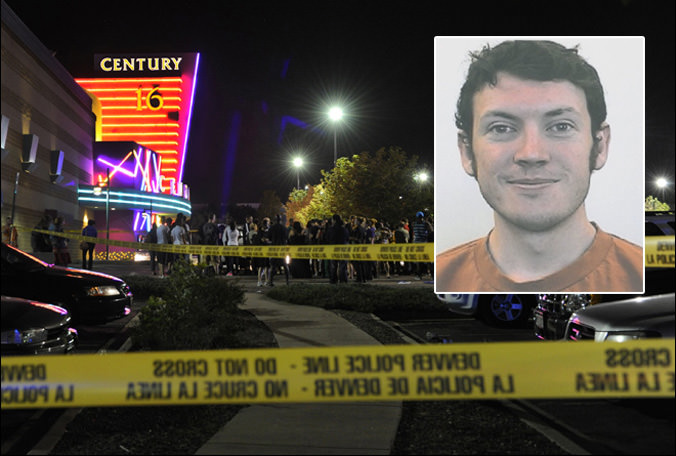 The manner in which some Muslim personalities have politicized the “Batman Shooter” tragedy by questioning if it should have been labeled “terrorism” brings to the surface some deeply internalized self-image issues.  It is a public display of the level of some Muslims’ insecurity as well as a lack of compassion for our neighbors.

As the old saying goes, “Just because you’re paranoid, doesn’t mean that they are not out to get you.” Likewise, just because cognitive dissonance runs rabid in our culture, it doesn’t make it right to try and spin every tragedy for our political gain and use the misfortune of our neighbors as an opportunity to complain about our struggles.

Sadly, it didn’t take long for a number of American Muslim pundits 1, 2, 3 to do exactly that by publicly asking the question that was privately on many of our minds, “What if James Holmes was Muslim?”

It is a shame that most of these “what if” opinion pieces didn’t even bother to acknowledge the tragic loss of life.

“IF” the Batman shooter had been a Muslim, the coverage would have been completely different. We already KNOW this! So why ask this insensitive and rhetorical question and why ask it now while people are still mourning? Shouldn’t we have focused on showing our compassion for the victims and their families instead of stooping to the level of pursuing political agendas?

It seems that many of us have let our obsession with the very real and very stark increases in anti-Muslim bigotry corrupt our core values and tactfulness.

For the record, I am confident that “IF” James Holmes was a Muslim, his murdering spree would surely have been labeled “terrorism” in the public discourse.

However, as American Muslims our goal shouldn’t be to have every atrocity committed by a non-Muslim labeled as terrorism. Instead our goal should be to elevate the status of Muslims to being an accepted and respected faith group in America. This goal cannot be achieved until we start seeing ourselves and acting like what we in fact are: a talented, diverse and positively contributing part of the society.

“No one can make you feel inferior without your consent.” – Eleanor Roosevelt

The vast majority of legal definitions of terrorism have one critical element in common and that is the agenda or intent behind the use of violence. They all require that the use of force or violence must have been committed to further political or social objectives through intimidation and/or coercion.

Take the example of the Fort Hood shooter, Army Maj. Nidal Hasan — a Muslim — who is responsible for 43 casualties, including the killing of 13 people, 12 of which were his fellow US soldiers. He was widely called a terrorist in the public discourse. Take note that Hasan’s targeted population (American Soldiers) easily qualifies as a political target. Also, take in to account that Hasan was reportedly in direct communication with an infamous terrorist recruiter. Still, with these factors, Hasan officially faces 13 counts of premeditated murder and 32 counts of attempted premeditated murder. What he does not face is a single terrorism charge. Why? There is a difference between the public use of the word terrorism and the word’s legal definitions. While the alleged act may have caused terror, and was apparently encouraged by a person who openly called for the murder of Americans for political reasons, the authorities investigating the case believed the shooter’s acts were better defined  as “murder.”

Don’t misunderstand me, we all have pondered the “what if they were Muslim” line of thinking in cases like Anders Breivik’s (the 2011 Norway shooter) and Andrew Joseph Stack III’s (the 2010 suicide attack, by flying an airplane into the IRS Building in Austin, TX) where the term “terrorism” seemed appropriate.  The term “terrorism” seems to fit because both of these people clearly pronounced their political motivations before they killed.

To date we have no real knowledge of James Holmes motives or goals. Yet that didn’t prevent one Muslim pundit from theorizing that Holmes is a terrorist because he intended to coerce movie goers toward the social objective of not patronizing their “neighborhood movie theater.”

My fear is that many American Muslims have so heavily invested in the tactic of identity politics that we have effectively severed our American and Muslim identities. More importantly — as a result — we have stopped striving toward what Islam actually calls us to be: a people united by our faith.

If every time a tragic incident makes the news our first and primary thought is, “I hope it wasn’t a Muslim!” then we truly have disconnected ourselves from our humanity. What will we do when the perpetrator eventually ends up being a Muslim?

Let’s remember that Prophet Muhammad never lead from a position of victim-hood! The Colorado tragedy was about “us” as Americans and not “us” as “American Muslims.”

NOTE: May Allah reward all the Muslim authors, personalities and activists who are helping shape the dialogues about our faith and our community, for it is truly a mammoth task. May Allah guide us all to the best in this life and the next!