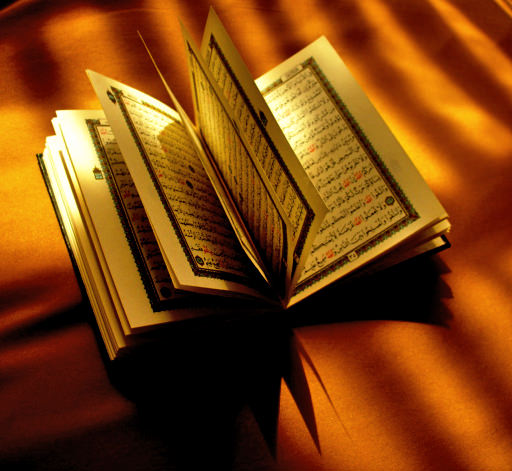 It has been a few years now since I finished memorizing the Qur’ān, alhamdulillāh. I’ve wanted to share my experiences on completing it as a young person but had not been able to get the chance to sit down and write about it. Finally, I’ve taken advantage of a few moments of free time in which I have to put this journey of mine together.

In this series, I will discuss the facts and epiphanies I experienced while memorizing the Qur’ān, some of the fallacies which exist within the system, the types of students I met throughout my journey, and more. This series will be divided into several posts to come, inshā’Allāh.

It was a bright Friday morning where-in I set out with my brother, a Muslim entertainer, and a few other people to Muslim Youth Day at Six Flags Great Adventure in New Jersey. A planned day of fun and entertainment would somehow become my initial inspiration to go ahead and complete a goal which I did not know I had. While waiting in line to ride the newly-opened “Superman” rollercoaster, one of my brother’s friends initially ignited a desire within me to memorize the Qur’ān with a simple question, “Nihal, what do you want to do in your life? Where do you want to be?” I responded like any typical undecided thirteen-year-old would, and said, “I don’t know, maybe a chef?” He smiled and looked at me, “Have you thought about becoming a hāfidh?” I thought to myself, “Maybe that could work.” After pondering over it for a few days, I remember approaching my mother and telling her of what I wanted to do. She was on board and said she would help me reach this new objective I had outlined for myself.

After speaking to my mother, I went to my father and told him of my new conviction. From the beginning of eighth grade until the end of the school year, I tried convincing my father of the idea of letting me take off a few years of school to go memorize. It was not until the end of the school year that my father agreed to send me out of state, to board somewhere, and begin my memorization. When I finally started, I asked my father a question, “Dad, why did you take so long to make a decision?” His answer was, “I wanted to make sure this was a true conviction within yourself. I did not want to be held responsible in forcing you into memorizing the Qur’ān. That’s why I took a year to officially decide whether or not to send you away to accomplish this task. If it was something which was a fad which you were simply following, then the desire to do it would’ve gone away after a few months. But if it was something you really wanted to do, which is now apparent, then I knew you would come back to me over and over again about it. Hence, I waited.”

The path to knowledge is filled with thorns. I was about to feel those thorns. I was about to have my unreal perception of an Islamically-oriented school broken down. The utopia I imagined was not any different than how students are in any other environment. During a lunch break, I remember taking out my wallet to put something inside it, and one of the kids asked to see it. Being the naïve suburban Jersey boy I was, I said to him, “Sure.” After a minute or two the student gave it back to me, only for me to realize that the $10 I had in my wallet was gone. I asked the kid to return the money to me, but he repeatedly denied taking the money. This is when I began to get up to tell one of the teachers that this student had stolen my money and was lying about it in front of me! As I stood up, the kid looked at me and said, “If you want your money back, don’t say a word. Meet so-and-so at this place at this time after school.” Eager to get my money back, I went to meet with the student.  He returned the money to me and said, “You’re new. You should now understand how things work around here. Watch your back and your pockets.”

Here is where I was met with a series of contradictions. Though there were numerous students memorizing with me, not all of them came with the same purpose. Many were there because their parents had forced them to enroll after the students had established a bad track record in public school. They were expected to reform themselves during their stay at the madrasa. But what I noticed was that many – if not most students sent for that reason – would not change. Rather, they would end up corrupting the minds and time of students who were younger and/or came with a determined purpose. A few weeks later as I was passing through an area in the madrasa, I witnessed a few students selling drugs to each other. This is a small glimpse of the many interesting encounters which I will share with you all in the next few posts. Stay tuned, leave a comment, and share the post!

How University Made Me a Better Muslim