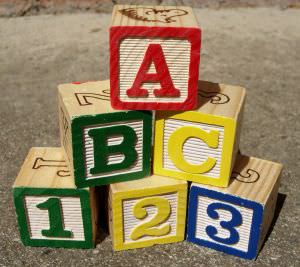 The very word “to call people (da‘wah)” in the Arabic language evokes a sense of gentleness and affinity towards others. When you are calling people to Allah this implies that you care for them and you desire the best for them. The consequences is that a caller is always gentle and does not treat people in a harsh manner nor does he/she judge others and condemn them in any manner or form.

Below is an excerpt from the writings of the late Shaykh Muhammad al-Ghazali in which he clarifies his methodological approach to da‘wah. While in Saudia Arabia, the Shaykh was visited by a woman, who was not wearing appropriate clothes, at his office. The conversation demonstrates the prophetic wisdom the Shaykh employed when giving da‘wah to people. Unfortunately the following situation is indicative of the lack of awareness some people have of the psychological state of those they are inviting (madu’). Many young and non-practicing brothers and sisters feel they are intimidated by those who are practicing Islam. They feel they are being looked down at every minute.

As du‘at (callers to Islam) we must not make anyone feel that they are second-class human beings. Everyone has the potential for greatness. It is our job to be welcoming and merciful.

“I did not like the way she was dressed when she entered my office. However, the look in her eyes revealed sadness and bewilderment that called for compassion and patience. She sat down and started sharing her concerns hoping to find answers with me.

I listened to her long enough. I learned that she was an Arab girl who received her education inFrancewhere she was raised. It was also clear that she barely knew Islam. I started explaining basic facts, dispelling suspicions, answering questions and refuting Orientalists’ lies about Islam. I also did not forget to allude to today’s civilization and how it considers women as cheap flesh. At the end of my talk, the girl asked for a future appointment and excused herself.

Soon after, a young man – on whom qualities of Outward Islamism were apparent – came storming into my office and said violently, ‘How come such wicked person was admitted here?’

‘The job of a physician is to accept. He doesn’t typically see healthy people, does he?’ I replied.

‘Of course, you advised her to wear hijab!’ he added.

I said to him, ‘The issue is much bigger than that. There is the foundation that has to be laid. There is the Belief in Allah and the Hereafter. There is the hearing and the obeying of what was revealed in the Qur’an and the Sunnah, in addition to the pillars of worship and manners; the pillars that Islam cannot exist without ….’ He interrupted me saying, ‘All of this does not mean we don’t order her to wear hijab.’

‘I wouldn’t like it if she came in a nun’s clothes while her heart is void of Allah. I taught her the basis that will help her to choose, on her own free will, to wear more decent clothes,’ I calmly replied.

He tried to interrupt me again, so I said firmly, ‘I can’t drag Islam by its tail as you do. I lay the foundation and then start building and I usually achieve what I want with wisdom.’

Two weeks later, the girl came back. She was wearing much more decent clothes with a scarf over her head. She resumed her questions and I resumed my teaching. Then I asked, ‘Why don’t you go to the nearest mosque to your home?’ Immediately I felt remorse after asking this. I remembered that mosques are closed in the face of Muslim women. The girl answered that she hated the People of Religion and that she did not like to listen to them.

‘They are hard-hearted, and they treat us with contempt and scorn,’ came her swift reply.

I don’t know why I remembered Hind (Abu-Sufyan’s wife). She was the one who chewed Hamza’s liver and fought Islam vigorously until the 8th year of hijrah. She did not really know the Prophet

kindness and sympathy changed the hearts of the people around him.

Now, would the du‘at today learn from their Prophet

? Would they learn to draw together instead of driving away, and to bring good tidings rather than to say things that repel people away from them and from Islam?”