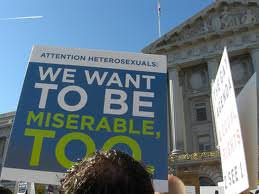 On May 13, 2012, a video of a shameful sermon by Pastor Charles L. Worley of Providence Road Baptist Church surfaced and went viral. Worley’s words oozed with paternalism as he flamboyantly declared, “I’m gonna preach the hell out of them.” The “them” in this case is “lesbians, gays and queers,” whom Worley suggested should be rounded up and placed in “150 mile long fences.” He preached that since this segment of our population can’t reproduce, eventually the issue will be solved. What makes this story so scary is not that Pastor Worley expressed his beliefs on the topic, nor even that he suggests a “150 mile fence” within which all the “lesbians” should be housed and the second fenced area for the “gays and queers,” it is that he is hiding behind his congregation as criticism builds and that they are supporting him!

Of course, to Worley’s credit he did state that we should drop food into these areas from time to time by “airlift.”

Now, I might be going to go out on a limb here, but I have to say that advocating for even the most “nutritional” of concentration camps is disgusting, repulsive and intrinsically un-American. That said, we American Muslims find ourselves in difficult position. We are a civil rights community, one that has also faced calls for internment, and we are also a group whose faith categorically rejects homosexual activity as immoral.

Long before this sermon, activists from our community have been attempting to reconcile this very issue. It seems that the choices available were either to; ignore our faith’s teaching, attempt to reinterpret our theology, or ignore/reject the efforts and outreach from the LGBT communities.

I believe there is a way to stand against discrimination and remain true to our faith on this issue. To get there, let’s explore who “we” are, the public debate on gay marriage and what might be a just role for our collective voice.

As individuals who are “Muslim, we can choose to advocate for any cause, but if anyone expects the American Muslim community to collectively advocate on an issue, it should be sound with regards to a majority of Islamic thought, scholarly rulings and, of course, something that is constitutional. Muslims are not a racial group, or a group whose identities are based on our collective sexuality. Therefore, our communal voice should speak primarily to issues of religious liberty and be presented as coming from a community of faith.

It should also be recognized that communities of faith rarely can collectively agree on specific issues; because of this we should not be expected to advocate for another community’s cause(s) simply because our communities may have similar, or even the exact same opponents. Principled leadership does not indulge quid pro quo or expect it.

With regard to the public debate, examples of what to avoid are abundant in the pastor’s video clip. For instance, Worley displays an obvious need to subjugate others to his standards. His rhetoric ultimately only makes people who believe that marriage is an institution both defined and ordained by God to be seen as a hateful. Preventing hate from tainting the traditional faith community’s stance on marriage — as being the very core of society — is important, because we believe that the intention and function of a marriage goes beyond the committed couple’s relationship itself, but extends to the possibility raising a family from the offspring of the couple. It is this broader view of marriage as an institution which is the bedrock of society, where all sides of the debate feel “limited” by their opposition.

The public conversation tends to either degenerate into conflict or be framed in several incomplete ways like: marriage is purely a legal issue, or America has both freedom of and freedom from religion. A rarely considered angle is that both sides are actually imposing their values on the other. By calling marriage a “civil right,” proponents of gay marriage are engaging in the “tyranny of the minority.” Similarly, by telling two adults that their relationship cannot be sanctioned by a willing religious body or by the government, opponents of gay marriage are also limiting the freedom of conscience, of choice and the will of a minority population. Not to mention that they are also limiting their ability to receive equal treatment before the law.

I emphasize with the “tyranny of the minority” line of thought, not because the LGBT community is pursuing equal protections, benefits and legal rights. In fact, from the LGBT stance, the demand to use the exact same terminology for what are in fact different types of committed relationships makes “strategic” sense. The logic is that unless the term “marriage” is used for everyone, true equality cannot be had. However, those that advance this line of thinking are missing the point of view that many people of faith hold. Without indulging the slippery slope arguments, moral traditionalists — at a minimum — see this tactic as trying to impose a foreign and offensive moral standard on them. Simply put, the exact opposite of the pursuit of equality, through the use of law and civics to legislate moral relativity and even religious doctrine.

I believe that as American Muslims our duty is to advocate for equal legal rights, benefits and protections for all groups of people. This means standing against violence, intimidation, subjugation, oppression and of course the internment of people because of their “classification.”

The tricky thing with gay marriage is that it is a real intersection of religion and government in that marriage is both a state matter and a matter of faith.

American Muslims should understand that due to our nation’s religious freedom, any legally recognized “faith” community can decide what they want to define as a “marriage” according to their moral code or lack thereof. This is important as there are already theologians from many well established faith communities that have or are in the process of accepting gay marriage as acceptable to their creed. Because America’s system of law functions to protect those that need protection AND to set standards, the challenge for American Muslims, is one of balance.

The real issue that should concern us as a community of faith is the idea of moral equivalency. Moral equivalency is at the root of the previously mentioned “tyranny of the minority” concept. A primary reason for the push and insistence on the term “marriage” is that proponents of gay marriage ultimately do want their relationships to be considered morally equal to a “traditional” marriage or what the vast majority of Muslims believe to be decreed by God.

In my mind, the best position as a people of faith is to leave the gay marriage issue to the states so that the each state’s population can have the best chance of advocating for the policy that they desire. The federal government should buffer this stance by mandating that regardless of what is decided by an individual state’s voters, that each state must provide an option that requires LGBT communities who are not afforded a “marriage” still receive the same legal rights and benefits as other committed relationships. This means that in some states the LGBT community would have to settle for a title like a “civil union” and in others they will have a “marriage.” In short, while might does not equal right, demographics do matter.

Some moral conservatives argue that because all states are supposed to recognize the marriages of other states that this position is too weak. Yet, we must realize that attempting to legislate morality in a society founded on pluralism is terribly problematic and is very often something that should be avoided. However that does not mean that we should advocate for or even stay silent on what we consider immoral. People of faith’s proper role in America is do the work that our faiths call us to, which in this case is to spread our beliefs in the free market of ideas.

In closing, I want emphasize that group or identity politics and coalitions should NOT lead us to entering quid pro quo support for a cause we don’t support. If our participation in social justice movements has led us to think in terms of coalition building at the cost of our own principles, beliefs and values then that is unacceptable and we must reevaluate our priorities and strategies.

Five Reasons No One Cares About the Rohingya