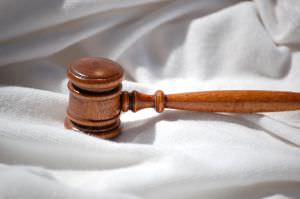 Similarities between Judaism and Islam are easy to see. Both are monotheistic religions for whom the Lord is One. Both are religions based on revelation. In both, law is central, and personal and social existence is governed by a divinely ordained legal system.

There are also many obvious parallels between Judaism’s legal system, known as halacha, and the Islamic legal order of sharia. Both purport to instruct us in how to attend to every aspect of one’s life: one’s getting up and one’s going out, one’s sexual practice and one’s business practices. For some adherents of each, religious law also dictates political life, such as for whom to vote.
Despite this kinship, there are those in the Jewish community who would condemn Islam and sharia, arguing that, unlike Judaism, Islam is not worthy of the protections of American law.

David Yerushalmi, author of a model law banning sharia, argues that sharia differs from halacha because of its different “threat matrix.” Sharia, he tells us, requires faithful Muslims to impose Islamic law on the world “violently,” and its adherents should be charged with sedition against the United States. Rabbi Jon Hausman, a self-styled “warrior rabbi” from Massachusetts, tells us that in Judaism, unlike Islam, the law of the state is the law (in Aramaic, dina d’malchuta dina) so you don’t have to worry about such religious “imperialism.”

These commentators’ understanding of both sharia and halacha is markedly defective.

1. As Hausman surely knows, the reach of dina d’malchuta dina is debated among rabbinic commentators. Some limit the application of the Jewish legal system to property issues, others extend it to apply to all secular law that does not violate Jewish law. In any case, Hausman’s suggestion that halacha is a personal legal system—not relevant to civic life and politics—neglects both Jewish history and halacha itself. In Baghdad during the Middle Ages and in Poland during the time of the Council of the Four Lands, from the 16th to the 18th centuries, for instance, Jewish communities had their own courts, and Jewish law was enforced by secular authorities. And even today, thousands of Jews in both the United States and Israel look to rabbinic courts and halacha to resolve all manner of civil disputes.

While clearly some Muslims do view sharia as a hegemonic political force, the vast majority of Muslims, especially those living in the West, view sharia no differently from the way Jews view the halachic system: as an overarching guide to ordering one’s life. Muslim jurists have always drawn on sharia to mandate that fellow Muslims obey the laws of the land in matters that sharia does not prohibit. In numerous instances (see Koran 5:11), Muslims are told to “honor their contracts” and so to honor the “social contract” represented by the law of the land. The Fiqh Council of North America, the leading interpreter of Islamic law in the United States, ruled as recently as September 2011 that “there is no inherent conflict between the normative values of Islam and the U.S. Constitution and the Bill of Rights.”

2. Daniel Pipes recounts in a 2009 article an incident in England when the Indian Muslim owner of an old age home near Manchester proposed to switch to serving only halal food in the facility. After residents complained, the owner retracted the policy. To Pipes, the owner’s desire to remove pork from the menu, even though apparently not implemented, is proof that Islam wishes to impose itself on all around it. But is this drive for “imperium” the only explanation?

Indeed, Jewish law would have great sympathy for the position taken by the Indian entrepreneur. Though there are gray areas, Jewish law generally holds that one cannot benefit (or profit) from the sale of mixed milk and meat products. The legal compendium the Shulhan Aruch forbids Jews from selling non-kosher products on a regular basis (Yoreh De’ah 117.1). And anyone who has read Daphne Barak-Erez’s 2007 monograph Outlawed Pigs: Law, Religion, and Culture in Israel will appreciate the difficulties of commerce in pork products (or “white meat” as it is politely called) in Israel.

3. Critics of Islam make much of the Shiite legal doctrine of taqquia and the related concept of kitman, which allow one to dissemble or evade by misdirection in order to save a life or community from imminent destruction (see Koran 16:106). For these critics, the takeaway is that Muslims lie when it is in their interest, so we cannot trust their promises or make treaties with them.
But numerous Koranic references tell the believer to “mix not the truth with falsehood nor conceal the truth when you know what it is” (2:42). And further, “Conceal not [the truth]; for whomever conceals it is burdened with sin” (2:283).

Again, we must look to Jewish law analogues. Even the Chofetz Chaim, the rabbinic scholar most associated with truth-telling, allows “white lies” when they will produce social and interpersonal peace. (No threat of imminent destruction is required.) Maimonides allows one to lie about one’s religion to save one’s own life. And does anyone remember the Marranos?

My point is not to analyze the nuances of halacha, let alone sharia, but rather to underscore the inconsistency of attacking Islam for activities that Jewish law and practice would also permit, or even require.

These broadside attacks on sharia are reminiscent of Jewish polemical literature after the rise of Islam in the seventh and eighth centuries designed to show Judaism as superior. Later scholars such as the Meiri, though, moved on from polemics to classify Islam as a monotheistic religion close to Judaism. While there are certainly fundamentalist interpretations of Islam that we rightfully find dangerous and deplorable, it is time that Jews in America go beyond “gotcha” polemics and stop treating sharia and Islam as illegitimate expressions of man’s search for the divine.

Marshall Breger is a professor of law at Catholic University.

Sadakat Kadri: Heaven on Earth – A Journey Through Sharī‘ah Law