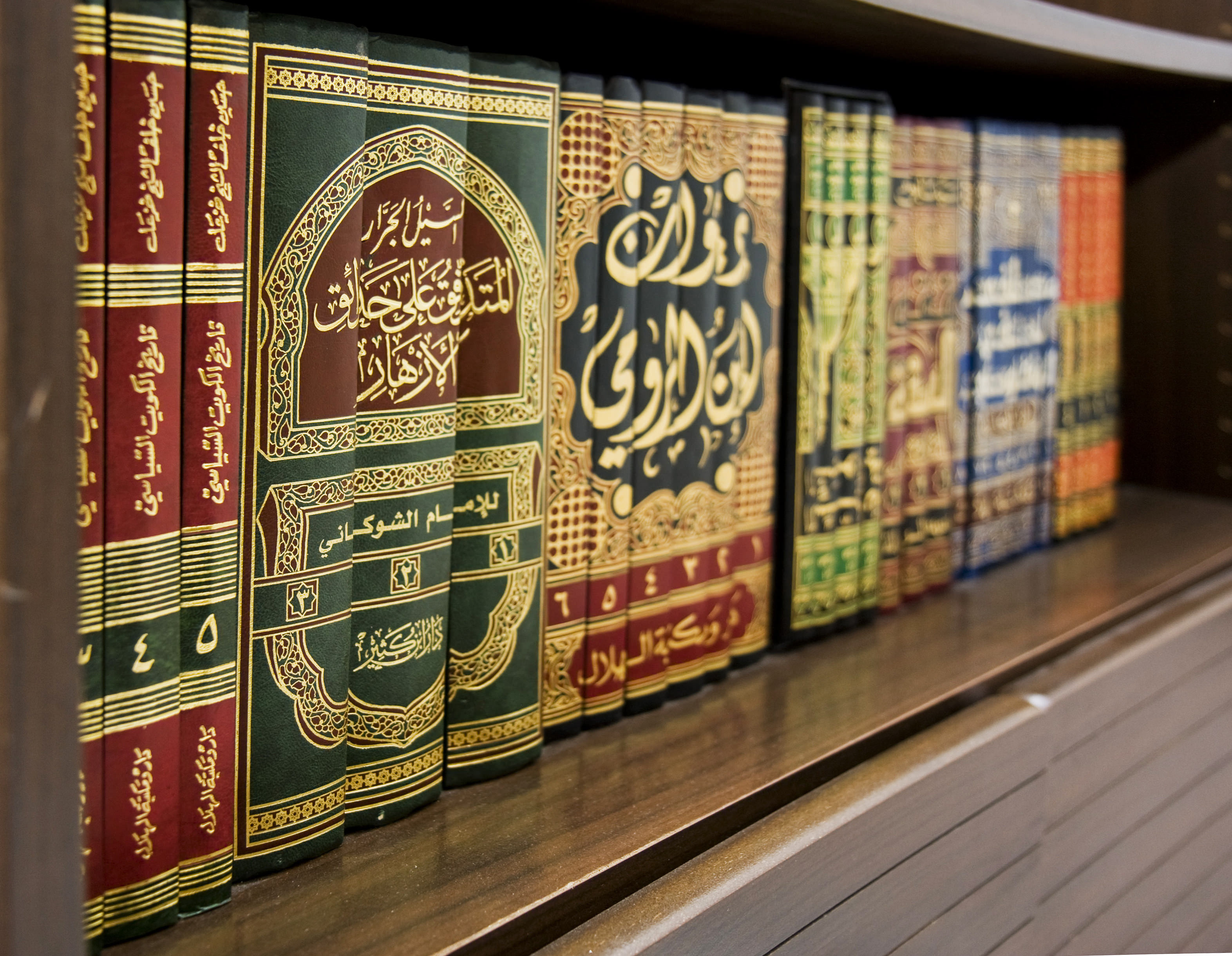 “Almost 1400 years after the Prophet Muhammad first articulated God’s law –the Sharī‘ah- its earthly interpreters are still arguing over what it means. Hardliners reduce it to amputations, veiling, holy war and stoning. Others say that it is humanity’s only guarantee of a just society. In Heaven On Earth, the criminal barrister and prizewinning writer, Sadakat Kadri, sets out to see who is right.”

A compelling enough introduction in the blurb of Sadakat Kadri’s latest literary endeavour, Heaven On Earth – A Journey Through Sharī‘a Law.

Muslim-born Kadri, a human rights barrister in the UK, has published two acclaimed titles previously; The Trial: A History, from Socrates to O.J. Simpson, a historical narrative on Western criminal jurisprudence, and a travel-guide to the city of Prague. An impressive portfolio, and possibly even one that licenses him to publish a tirelessly-researched documentation of the history of Sharī‘ah and its application and relevance to modern times. 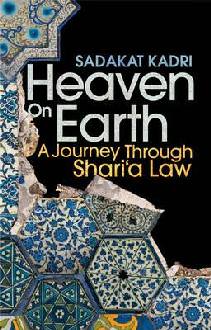 A travel guide on Prague followed by a chronological account of criminal law in the West.  What was it that got you thinking ‘Sharī‘ah’ as your next literary undertaking?

Honestly, I had contemplated writing this for a few years before I actually got around to it, but what probably really got the ball rolling were the bombings in July of 2005 of the London public transport network. The event in itself and the sentiment that followed.

Those murders were plotted and carried out by people who claimed to have acted under the banner of Islam, and of course this sparked a convoluted public and media debate on the tenets of Islamic legislation in the West – and has even dragged itself into Western courtrooms today.

And admittedly my curiosity, like most others, was also roused by the same ‘hot-button’ topics almost always associated with any mention of Sharī‘ah; i.e. corporal punishment, public stoning, concept of jihād, etc.

Among all that noise I realized that no one seemed to be countering this cynicism, and those that did attempt to clarify the rulings of Sharī‘ah didn’t seem to have much ammunition with which to work.

For as I’ve mentioned in the prologue: “Fiery preachers and random Muslim youths were making all sorts of bellicose assertions about ‘the shari’a’. People who wanted to be angry with them were assuming that the Sharī‘a meant what they said. Noise, rather than information, was rushing to fill a void, while critical questions were going not only unanswered, but unasked.”

Tell us about Heaven On Earth.

Heaven On Earth is an historical narrative segmented into two; the first part is a look at 1400 years of Islamic history, starting from the first revelations and ends at the current state of Islam post 9/11, and the surge of hard line extremism as an effect of the events of the past 40-60 years.

In the second part of the book, I’ve segued by introducing the idea of change to modernity, take for instance the issues of criminal justice in relation to contemporary relevance, also detailing the much-debated topics of apostasy and tolerance.

I chose to highlight issues of ‘jihād’ and the publicly-perceived zero-tolerance to blasphemy, in order to counter the preconceived notion that this is fundamentally expected.  It wouldn’t be fair to evade some topics and focus on the safer ones.

And what did you discover on a personal level in those 3 years of researching for the book? Did you only find more fuel for the fire, or the contrary?

I travelled quite extensively for this book, from the madrassas in Pakistan to places of worship in Iran. I spoke to teachers of Islam, shaykhs and muftis, human rights activists and both Sunni and Shi’a clerics – in order to get as extensive a sample, and as balanced a documentation.

One thing I was very impressed with was the level of debate, healthy debate, I was on the receiving end of. Everyone I spoke to was willing to speak and they were all very courteous to me. I’d have arguments with them on a particular issue, and they’d argue back. We’d walk away disagreeing but understood that this was all part of the process.

The entire experience was as much a journey for me as it is one for the reader. It truly is a shame that the public is drawn to the negative sensational perception of Sharī‘ah being depicted in Western media. No one wants to hear what moderate clerics implementing Sharī‘ah rightfully have to say, preferring instead to headline unbiased fatāwa. You realize how nonsensical it is to reduce Islam and Sharī‘ah to issues of jihād and amputations when it is far from being just about criminal rulings. On the contrary, the majority of it constitutes everyday morals and conduct; simple etiquettes like using the right hand to eat/drink with, and the festivities entailed for the ‘Īd al-Fiṭr for example.

Armed with what I had learned myself after having completed my research, I wanted even more to humanize it to the readers; not just as a bunch of rules, but a collection of wisdoms encompassing civilizations and that which requires an understanding of  Islamic history. It is unfortunate that even people who do read into the history, forget to include context.

The argument shouldn’t ever be whether the Shari’ah in itself is right or wrong, but if the interpretation of it is correct or not.

Do you believe you’ve achieved what you first intended on delivering?

My intention all along has been to clarify any ambiguities attached to Sharī‘ah law, hoping to open the dialogue and engage debate.

I do want to influence opinion, but don’t want to claim I have all the answers. I feel it’s more important to have a discussion about this, instead of making our own assumptions, or even avoiding the topic completely. For there are extreme opinions on either side, but let’s agree on some fundamentals based on historical facts to apply in context. Muslims themselves should be having this discussion.

Yet all the time I was perfectly aware that I wasn’t writing for just one audience. This book should reach out to the liberal Muslims, and to those with anti-Muslim sentiment. And also be read in all the places I’ve researched from, not just the West.

This was material that had to be written very gently, and while I made the effort to portray both sides of the story, maintaining a balance, but not to a point that there was no stand taken. I wanted to provide a sympathetic voice without being too judgemental nor away from an opinion.

I don’t consider myself an ambassador of Sharī‘ah and Islam, nor do I claim to be a spokesperson for anyone. I have just written what I consider a well-researched book.

What has been the general response to the book so far?

To be honest I expected a lot of criticism, but surprisingly the response has been mostly positive. Of course I have had the odd accusation or two of being a ‘crazy extremist’ and ‘Muslim apologist’ but that right there is a sure-fire sign of an author’s success, right? [laughs]

In tune with recent outcry on the incorporation of Sharī‘ah legislation in American/British courts, why do you think most Western governments are so afraid of/averse to Sharī‘ah?

I genuinely believe that the debate on Sharī‘ah has now just been reduced to a fantastic way of whipping up political support. It seems a growing trend with most politicians who aren’t armed with a good enough argument, to distract from themselves by highlighting the ‘horrors’ of Shari’ah law and promising its eradication as part of their campaigns.

My personal stance on the issue (read Sadakat’s piece on the same in the London Review of Books) is not to say that Sharī‘ah should be independent from British law, but that Muslims shouldn’t be the only community prevented from taking their argument to the tribunal.

Sadakat Kadri was interviewed at the Emirates Airlines Festival of Literature held in Dubai, UAE earlier this month. He was one of many invited guest authors, and will soon be visiting the US as part of his book tour.