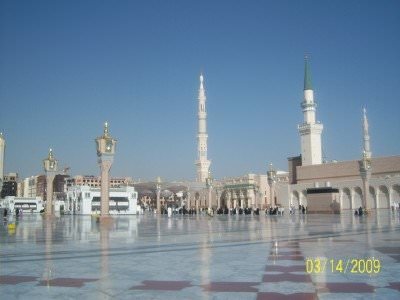 Welcome, it’s our monthly Poetry day again! If you want to share your verses with everyone here, kindly email us at poetry[@]muslimmatters[.]org stating your name, along with your poem.  As soon as your poem is selected for publishing, we’ll let you know so that you can keep an eye out for it, inshā’Allāh. JazakumAllahu khayr for sending in your poems!

With a simple nod they dismissed God
He commanded and they heard, but they tossed their hair and opposed His word
Ate blood and swine
And taxed heavily the land
Lifted up the cross as His sign
And demanded that man lay with man,
Yes they rewarded evil with good
Burnt atomic particles in place of wood
Smogged cities with the smoke of coal
And fogged corridors of the soul.
But worse, they robbed the laborer of his wages
And ignored the knowledge of the sages
And when the poor could not pay their bills
Made them build shanties on wooded hills
And dump their dead by the side of roads
As funerals became much too heavy loads
To bear
for those who already had to pay for food, water
And air
And the enormous cost of medical care.

With a shrug of the hand
They deified the image of the white man
And preached God into obscurity,
While preaching the merits of equality and democracy
And confusing financial slavery with liberty
The dragon rode upon the sea of the silent masses
As sealed tombs ride upon the backs of dumb asses
Smiling from the home of hell
He raised both arms with the horned h    and sign
Indicating that all is well.

But hurricanes tore the fields of hops
Fire burned the forests
Sun burned the crops
And volcanoes erupted as politicians corrupted
Chase bankers stole billions
Chasing toy pirates around Somalia
And sold news
Vilifying the religion of Islam and men of darker hues.
God is not dead
But judging, watching and listening
As the world keeps getting more sickening
Like a dropped turd
That hits bottom in an outhouse, stench rises, a sound is heard
Maggots scatter, and try to flee
But eventually all crap is washed out to sea
To merge with the waters of eternal life
Where it is cleansed of blood, war and strife
And it cannot fight, flee or fly
Just float eternally
its gaze is perpetually to the sky.

My Master
by Muhammad Badsha

(In Defence of My Prophet sallallahu alaihi wa sallam)

May my wealth, treasures and life,
My precious possessions acquired after toil and strife,
My very breath, my every drop of blood and more,
Be sacrificed and given for,
A single glimpse of my beloved’s face,

You helped your people in every calamity and disaster,
You carried the old lady’s load,
Upon your noble back young children rode.
You spoke with the poor and insane,
A smile for all through suffering and pain.

The fathers of disbelief placed thorns in your way,
Intestines on your back when you knelt to pray,
Pelted you with stones till your blessed blood flowed,
Hurt your family in every way and mode.
Yet you cried for the saviour of all, overlooking,
Forgiving, without revenge or berating.

You gave your blood for us, O my King,
For you, your Companions endured the scorpion’s sting,
The strike of the sword and the smite of the lance,
Their worries fleeing with thy blessed glance.

For your honour may I be slain,
Your noble companionship I wish to gain,
A glimpse of your blessed countenance is my ardent desire,
Your company in Paradise the goal towards which I aspire.
May I be graced with your Kauthar water,
Sahaaba for your ablution drops gave no quarter,

How, O how can I thee thank?
I ask Allah, besides who there is no God,
To shower you with special reward.

May all I own and my very soul,
Be sacrificed for this simple goal,
That I be a piece of thy golden sandal,
Or a sliver in your wonderful sword’s handle.

Simple leather and straw made your bed,
On humble food you ate and fed,
Patched clothes you wore,
Your language pure, you never swore,
Never putting on airs or harbouring pride,
Though the Angels walked at your side.

We are ready to give our lives for thee,
O best of Creation, O noblest of humanity.

A Blessing to Mankind
by Aalia Rahman

As I read the authentic narrations
About our Prophet from Saheeh Al-Bukharee,
I was amazed at each of his reactions
Though it shouldn’t have surprised me.

It should have been obvious,
He was our Prophet thus,
A man of generosity,
Ready to give his property,
A man of simplicity,
Never anything of vanity.

Yet his soft heart and gentle nature,
His truthful tongue and kindness to any creature,
His lack of love for this temporary Dunya,
His immense love for the eternal Akhira,
And his struggle, caused these tears to shed,
For in truth this blessing to mankind was dead.

He struggled for the guidance of this entire Ummaah,
Unlike what we enjoy, he had to be spat on,
He had to suffer through the pain and scar,
And bear with patience as the misguided scorn.

That was our Prophet, following Allah’s commands,
Asking dua’a for this Ummaah with raised hands,
Despite this, still there are people of today,
“I do not believe in the Prophet’s word” they say.
Paying no heed to the Seerah or Bukharee,
Refusing to flicker their eyes to see,
But their hearts would spin, If they but knew,
The number of trials our prophet went through.

And every time my heart sinks in grief,
Just thinking about the incident of Ta’if,
Not only to his message they took no heed,
But they pelted our prophet until he bleed.
And despite this our Prophet asked for forgiveness,
That was his state of humility and submissiveness,
For he felt he was lacking in his method of preaching,
And could have done better to keep the word spreading.
When asked by Angel Jibreel about the people of Ta’if,
If he could crush them (perhaps to the thinness of a leaf),
Our Prophet refused, for from them could come people,
He said, pious, and for this Ummaah an example.

And even during the last days of his life,
Though sitting in prayer for him was not rife,
Sitting was the only form the sickness allowed
And in pain to Allah he bowed.
For Jama’ah they carried him on their shoulder,
While his legs dragged on the ground,
But he was a man who preferred the hereafter,
And not one complaint did he sound.
He was a beautiful human being suffering much harm,
Both, perfect in character and perfect in word,
Not one thing did he leave out in Islam
But that it was complete he made sure.

Despite all the distress he went through,
To spread the truth far and wide,
People still take his message to be untrue,
And accuse him of being a misguide.

I pray for peace, blessings, and mercy (unlike some)
Be on our Prophet Muhammad Sallallaahu ‘Alyee WaSallaam.